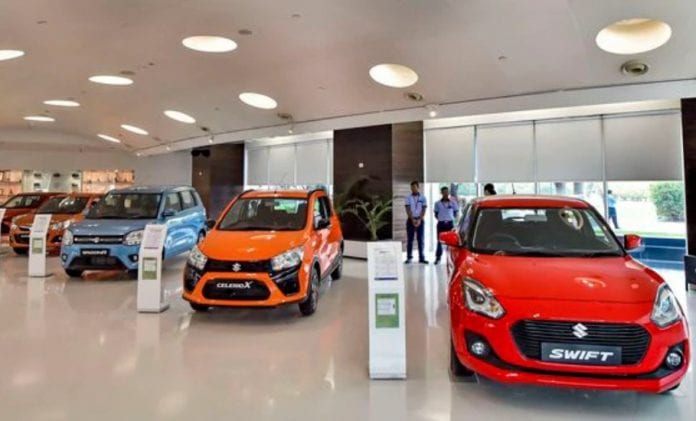 “The Competition Commission of India passed a final order against Maruti Suzuki India Limited (MSIL) for indulging in anti-competitive conduct of Resale Price Maintenance (RPM) in the passenger vehicle segment by way of implementing Discount Control Policy vis-à-vis dealers, and accordingly, imposed a penalty of ₹200 crore upon MSIL, besides passing a cease-and-desist order,” the regulator said in a statement on Monday.

CCI found that MSIL had an agreement with its dealers whereby the dealers were restrained from offering discounts to the customers beyond those prescribed by MSIL, the statement said.

“In other words, MSIL had a ‘Discount Control Policy’ in place for its dealers whereby the dealers were discouraged from giving extra discounts, freebies, etc, to the consumers beyond what was permitted by MSIL. If a dealer wanted to offer additional discounts, prior approval of MSIL was mandatory. Any dealer found violating such Discount Control Policy was threatened with the imposition of penalty, not only upon the dealership but also upon its individual persons, including direct sales executive, regional manager, showroom manager, team leader, etc.”

In 2019 the CCI had launched an investigation into allegations that Maruti forces its dealers to limit the discounts they offer, effectively stifling competition among them and harming consumers who could have benefited from lower prices if dealers operated freely.

The CCI had said in a 10-page report released earlier that it had received an email from an anonymous dealer alleging resale price maintenance resorted to by the carmaker in certain areas.

A similar discount control policy was reportedly being practiced by MSIL across India – specifically, in cities with more than five dealers.

The latest probe revealed that to enforce the Discount Control Policy, MSIL appointed Mystery Shopping Agencies (‘MSAs’) to pose as customers to find out if dealers were offering any additional discounts.

If the MSAs were offered additional discount, they would report to MSIL management with proof (audio/video recording). MSIL would, in turn, send an e-mail to the errant dealership with a ‘Mystery Shopping Audit Report’, confronting them with the additional discount offered and asking for clarification.

If MSIL was not satisfied with the clarification offered by the dealership, it would impose a penalty on the dealer and its employees, accompanied in some cases by the threat of stopping supplies. MSIL would even dictate to the dealership where the penalty had to be deposited.

In one case, a salesperson was fined ₹5,000 while the dealership faced a penalty of ₹50,000 for offering an additional discount of ₹1,850 on accessories.

In another case, Maruti fined a dealership in Thiruvananthapuram, Kerala, ₹1 lakh for offering additional discounts on a ₹4,500 basic kit.

MSIL e-mailed dealers a list of penalties for violations of its discount policy, which escalated with every offence – from ₹50,000 for a first violation, ₹1 lakh for the second, and ₹2 lakh for the third and every subsequent violation.

Reacting to the CCI order, Maruti Suzuki said: “We have seen the order dated 23 August 2021 published by the CCI. We are examining the order and will take appropriate actions under the law. The MSIL has always worked in the best interests of consumers and will continue to do so in the future.”

MSIL had earlier said that it does not exercise control or supervision over the dealers, except to maintain a balance between the satisfaction of consumers and uniformity in schemes.

US soccer displays Iran flag minus Islamic Re...