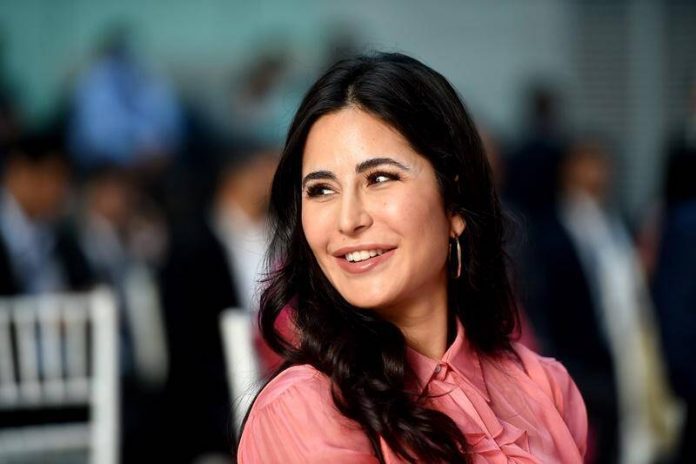 Bollywood actress Katrina Kaif who is an investor in beauty start-up Nykaa, participates in the IPO listing of the firm at the National Stock Exchange in Mumbai. Pic: PTI

At the listing ceremony of Nykaa’s shares at the National Stock Exchange in Mumbai, Bollywood actor Katrina Kaif was present adding tons of glamour to the business event. According to a NDTV movies report, Katrina, dressed in a peach suit participated in the event because she co-owns a beauty brand with Nykaa and is the e-commerce firm’s business partner.

Nykaa, which has been founded by Falguni Nayar, who has become ‘India’s richest self-made female billionaire’, has other Bollywood connections too. They have Janhvi Kapoor as an ambassador and Alia Bhatt is an investor in the e-commerce start-up.

Falguni Nayar told NDTV that her company owns a brand jointly with Katrina Kaif called Kay Beauty. “It’s a brand that we started together and she’s been very instrumental in helping us build the brand,” she said, adding that as a joint owner she has conceptualised the brand and helps them build it.

Katrina Kaif, 38, who had launched Kay Beauty in 2019, is a former model who made her film debut in 2003 film Boom. In her 18-year career, she has built up a sizable portfolio with movies like Prakah Jha’s political drama Raajneeti, and mass entertainers like Namastey London, Zindagi Na Milegi Dobara and Bang Bang! Katrina’s latest film is out in cinemas in which she stars opposite Akshay Kumar in Sooryavanshi.

Even as she is staving off marriage rumours with alleged boyfriend Vicky Kaushal, her upcoming releases include the third film in Salman Khan’s Tiger series and horror comedy, Phone Bhoot.