Active participation from private traders is likely to keep wheat prices high even as government procurement centres, mostly in Uttar Pradesh, Madhya Pradesh and Punjab, wear a deserted look during the ongoing 2022-23 marketing season that started on April 1.

As per a report by Agrisk Data Analytics, an independent agriculture data firm, wheat procurement for the Central pool till April 11 this year has dropped by 32 per cent as compared to the same period last year due to heavy private purchases. Till April 11, around 2.05 million tonnes of wheat was purchased for the Central pool, against 2.89 million tonnes the previous-year period.

Backed by a strong export programme and domestic consumption besides dropping government purchases on the back of aggressive efforts of private traders, a bullish trend  in wheat is here to stay for long, say the latest data analytics report by Agrisk. 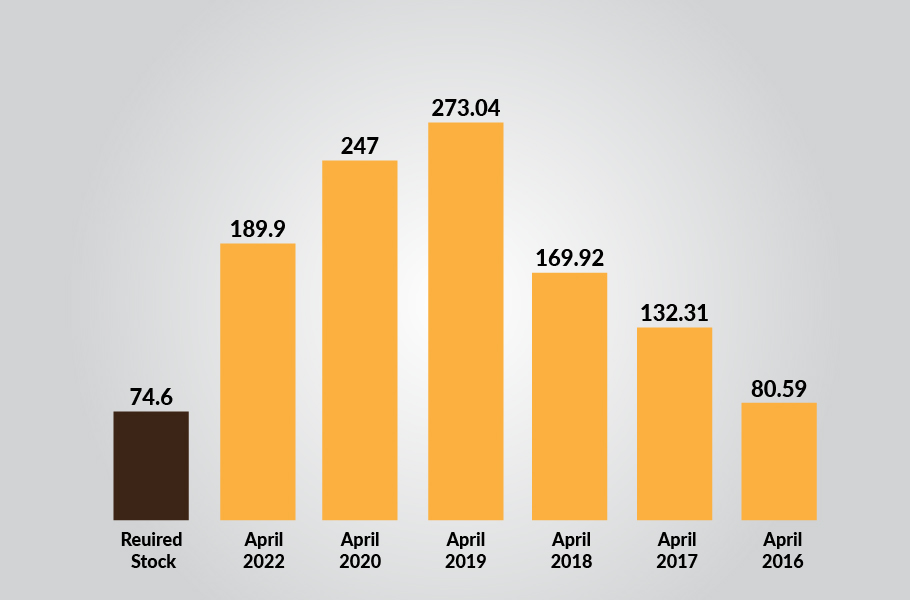 Wheat production to drop slightly, but country still to have bumper production

As per the data analysis, wheat production may witness a drop of 5-10 per cent, mainly because of a slight decline in area under sowing – 343 lakh hectare this season, as compared to 346 lakh ha in the previous year.

Besides, the early onset of summer and heat waves have resulted in the shrivelling of wheat, slightly impacting wheat output and quality, majorly in late sown varieties, which constitute 8-10 per cent of the total sown crop.

The quantity of shrivelled grains this time has been in excess of the Food Corporation of India’s (FCI) prescribed maximum permissible limit of 6 per cent. Experts say this has mainly happened due to heat wave conditions that prevailed earlier this month. The Punjab government has asked the Centre for relaxation in norms for shrivelled grains so that farmers’ produce can be procured by FCI and state government agencies.

However, the loss caused due to early heat was minimised to some extent by conducive weather during the critical part of crop life cycle – especially showers during the ripening stage typically lifted the crop’s yields, increasing the overall output. 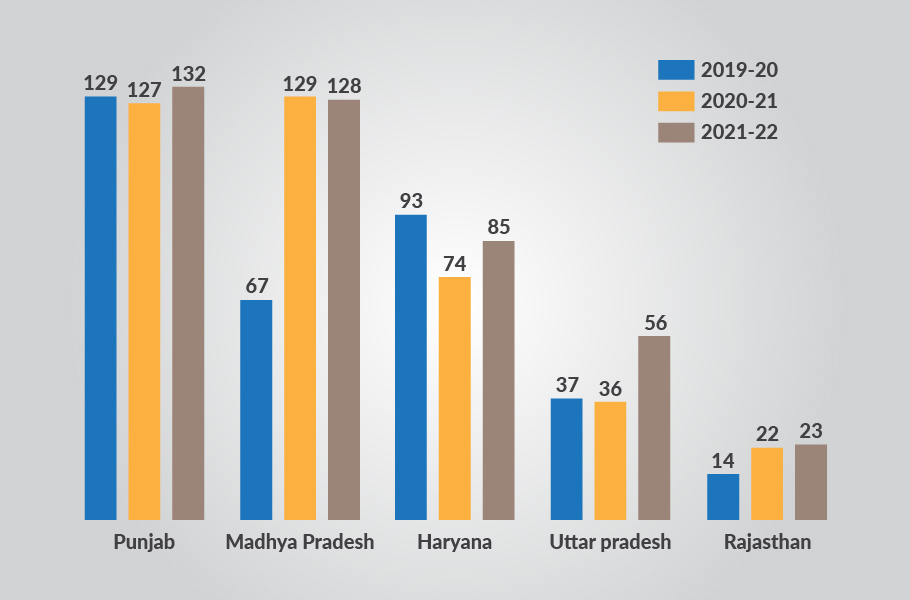 Wheat stocks down, but…

The country has always maintained healthy stocks of wheat and paddy, but the COVID pandemic changed the scenario.  Wheat stocks in the Central pool are down to 18.99 million tonnes as on April 1, 2022, well below last year’s 27.30 million tonnes. This fall in stocks is mainly attributed to the public distribution system, especially under the Pradhan Mantri Garib Kalyan Anna Yojana (PMGKAY) scheme, launched to provide foodgrains to the poor amid the pandemic.

With another 24.4 million tonnes of free foodgrains to be extended under PMGKAY, there will extra offload of wheat apart from regular food welfare programmes.

The mandi prices are high mainly due to strong export prospects and even stronger domestic demand. As a result, private players have made a substantial presence in the market, offering higher than minimum support price (MSP) guaranteed by the government. Hence, the initial estimates of wheat procurement for the Central pool set at a record 44.4 million tonne for the 2022-23 marketing year could be cut by 10 million tonnes.

This procurement season (2022-23), the government aims to buy only 40% of the total wheat production, said the Agrisk report. The wheat procurement this year, so far, has been lower by about 32% when compared with the same period last year. 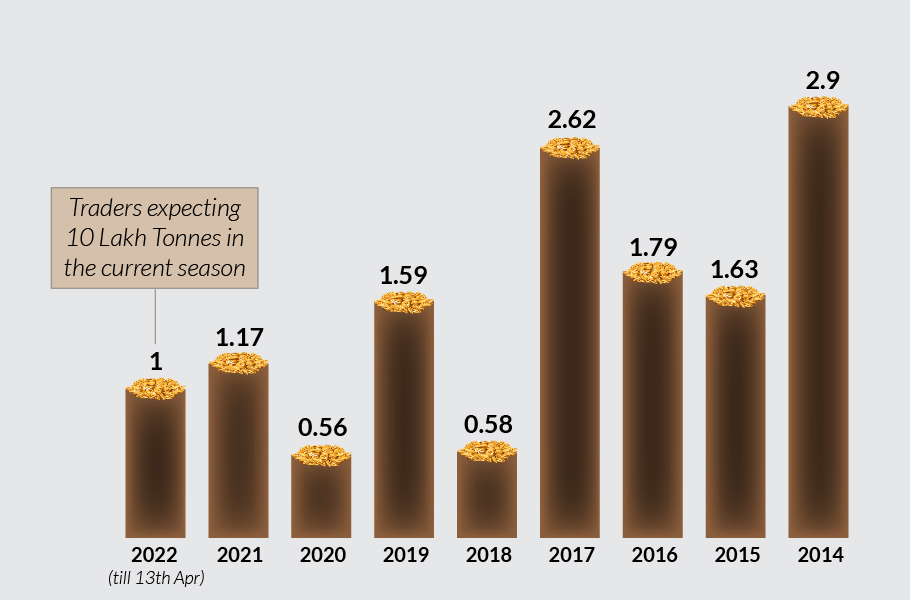 Traders have no doubt trounced the government in buying wheat from farmers. The traders have also surpassed Punjab by finding out newer markets mainly following wheat purchases from Madhya Pradesh, Uttar Pradesh, Gujarat and Rajasthan. Since the traders are focused on exports, it makes sense for them to buy wheat from areas close to Kandla port (Gujarat). Therefore, Punjab wheat farmers have taken a beating this time.

Besides, taxes are higher for purchasing wheat from Punjab. The state imposes MDF and RDF of 3 per cent each on wheat purchase, plus commission of 2.5 per cent to arhtiyas, making wheat here expensive by Rs 145 per quintal.

Wheat procurement by private players has shot up to nearly 1 lakh tonne within two weeks of the current rabi marketing season, accounting for 6% of the total purchase in Punjab.