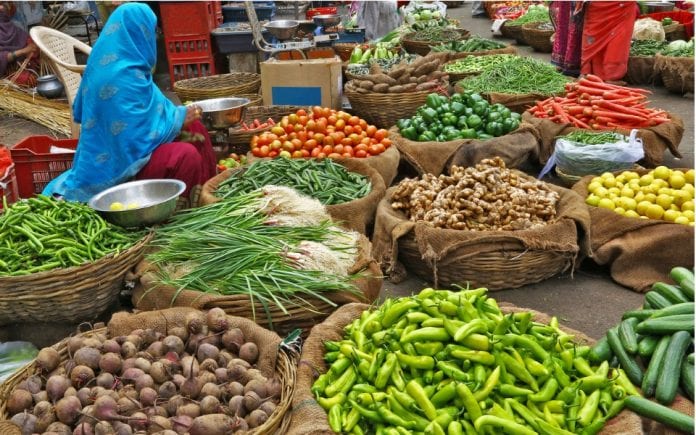 Retail inflation in India rose to 6.93 percent in July mainly on account of higher prices of food items, data released by the Union Ministry of Statistics and Programme Implementation showed on Thursday (August 13).

The food inflation, according to the Consumer Price Index (CPI) data, increased to 9.62 percent in July.

The spike in retail inflation was mainly due to a rise in pulses and products’ prices that saw a 15.92 percent on-year rise in July.

The retail inflation was revised to 6.23 percent from 6.09 percent in June, while the food inflation stood at 8.72 percent.

The government did not release the headline retail inflation data in April and May. However, in April, it revised the CPI data for the month of March to 5.84 percent from 5.91 percent.

This is the second consecutive month where retail inflation has been above the Reserve Bank of India (RBI’s) comfort level. The central bank had set the upper margin at 6 percent, and the government has mandated the central bank to restrict the inflation at 4 percent (+, – 2 percent).

The central bank mainly factors in retail inflation while arriving at its bi-monthly monetary policy.

Last week, the RBI had kept its key interest rates on hold eves as the central bank’s Governor Shaktikanta Das said the policy options would be kept open to help the speedy revival of the economy.

The governor said after the Monetary Policy Committee meeting of August 6 that a ‘favourable food inflation outlook’ may emerge. He hinged hopes on the bumper Rabi harvest and hoped it would eases prices of cereals. He had but warned that the upside risks to food prices remained.

“The abatement of price pressure in key vegetables is delayed and remains contingent upon normalisation of supplies. Protein-based food items could also emerge as a pressure point. Higher domestic taxes on petroleum products have resulted in elevated domestic pump prices and will impart broad-based cost push pressures going forward,” the RBI Governor had said.

Madan Sabnavis, chief economist at Care Ratings, told The Mint that there was artificial increase in prices due to disruptions in economic activity and localized lockdowns.

The Mint quoted Devendra Kumar Pant, chief economist at India Ratings, as saying: “Inflation increase of some of these commodities at a time of depressed demand is perplexing, which suggests the inflation increase is mainly due to supply disruption not due to demand pressure.”