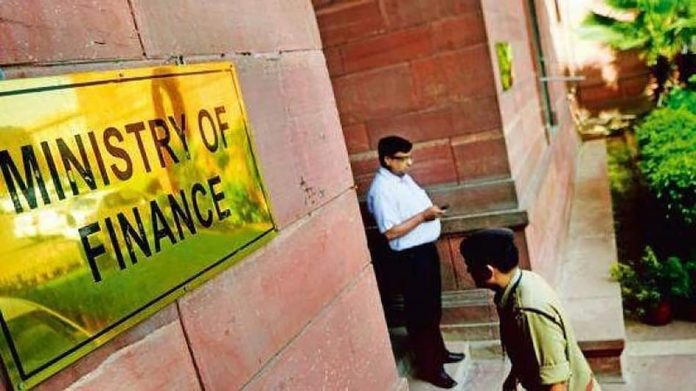 In order to realise the vision of a new self-reliant India, public sector enterprises will not be allowed to bid for and acquire a stake in any other Central Public Sector Enterprises (CPSEs), which are up for privatisation.

The finance ministry said that transferring management control from the government to any other government organisation or state government would defeat the very purpose of the new PSE policy, since the government will then not be able to address the “inherent inefficiencies” in state-run firms.

According to the Department of Investment and Public Asset Management (DIPAM), as per the general policy, the Public Sector Enterprises (PSEs) (Central /State /Joint)/ State Governments/Cooperative Societies controlled by the Governments … are barred from participating in the strategic disinvestment/privatisation of other PSUs as bidders unless otherwise specifically approved by the central government in public interest.

Earlier, the government had shed its majority stake in certain CPSEs to public sector companies from similar sectors to enable the government to meet the disinvestment target set for a particular fiscal.

More recently, in March 2019, REC sold the government 52.63 per cent equity share to state-owned Power Finance Corporation (PFC) for Rs 14,500 crore. In the period 2000-01 to 2019-20, the government had sold its entire stake in nine CPSEs to other similarly placed public sector enterprises, for a cumulative Rs 53,450 crore.

The DIPAM, in an office memorandum, had said in general PSEs lack fresh capital infusion, suffer from lack of innovation, lack of modern technology and do not have the ability to diversify services and production.

Moreover, as multiple systems for accountability are not in place, these enterprises are commercially risk-averse and are unable to adapt in a dynamic business environment. In a nutshell, valuable economic opportunities are not realised as  useful productive assets remain locked in such PSEs.

In February 2021, the PSE policy outlined four strategic sectors in which “bare minimum” number of CPSEs will be retained, while the rest would be privatised or merged or made subsidiary of another CPSE or closed down.

The four sectors are – atomic energy, space and defence; transport and telecommunications; power, petroleum, coal and other minerals; and banking, insurance and financial services. PSEs in non-strategic sectors will be considered for privatisation or closure.

The PSE policy’s purpose is to reduce the presence of the government in the PSEs across all sectors of economy and to make available newer investment opportunities for private sector. This will enable the government to facilitate “infusion of private capital technology, innovation and best management practices so that post-privatisation growth of PSEs may generate higher economic activities resulting in new job opportunities and growth of the ancillary industries”.