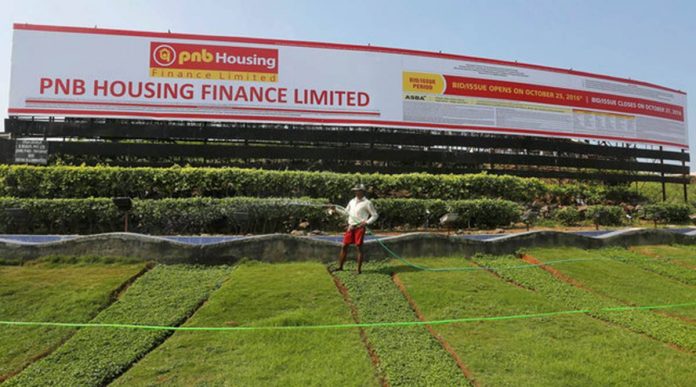 In May, PNB HFL had announced a preferential allotment of shares worth ₹3,200 crore and ₹800 crore worth of warrants to Carlyle Group, Salisbury Investments, General Atlantic, and Alpha Investments

PNB Housing Finance said on Thursday that amid legal hurdle, it has aborted ₹4,000-crore share sale plan to US-based private equity firm Carlyle Group and others.

The deal got mired into legal tangles on matters of valuation. The capital market’s regulator SEBI approached the Supreme Court last month against the Securities Appellate Tribunals order, in the matter related to the company’s ₹4,000 crore equity capital raise plan. The matter is pending before the apex court.

“At a meeting held today, the board has decided not to proceed with the preferential issue, and the share subscription agreements executed with the proposed allottees have been terminated in accordance with their respective terms,” PNB Housing Finance said in a regulatory filing.

PNB Housing Finance said that the board’s primary objective is to raise capital to support the growth of the company, and the board believes that the current situation is not in the best interests of the company and its stakeholders.

Under the proposed deal, Pluto Investments S.a.r.l., a subsidiary of Carlyle, and Salisbury Investments Pvt Ltd., were to acquire an equity stake in PNB Housing Finance, where state-owned Punjab National Bank holds a little over 32 percent stake.

Also read: As PNB Housing holds its EGM, concern in Govt over its Carlyle deal

Salisbury is a non-banking finance company and is primarily engaged in the business of making investments in financial securities. It is a family investment vehicle of Aditya Puri, senior advisor for Carlyle in Asia, and the former CEO and MD of HDFC Bank.

“We have been informed that consequently Pluto Investments S.a.r.l (together with persons acting in concert) will be initiating the process to withdraw the open offer made by them (at ₹403.22 per share), pursuant to and in accordance with the SEBI (Substantial Acquisition of Shares and Takeovers) Regulations, 2011,” Salisbury said, adding that the company would evaluate other alternatives to raise capital.

In May, PNB HFL had announced a preferential allotment of shares worth ₹3,200 crore and ₹800 crore worth of warrants to Carlyle Group, Aditya Puri’s family investment vehicle Salisbury Investments, General Atlantic, and Alpha Investments at ₹390 apiece.

A week later, it was deemed unfair to public shareholders of the company by proxy advisory firm Stakeholders Empowerment Services. On June 18, SEBI directed the company to halt the allotment, unless the valuation was done by an independent valuer.

The mortgage lender then moved SAT, challenging the regulators directive, and the appellate tribunal allowed the company to conduct its scheduled extraordinary general meeting, but with the caveat that the outcome of the vote would not be disclosed.

SAT gave a split verdict to the lenders appeal against the SEBI’s directive that restrained PNB HFL from going ahead with the preferential allotment of shares to a bunch of investors unless the valuation was done by an independent valuer.

The company has been looking to raise funds for the past few years. The Reserve Bank of India earlier this year had barred PNB from infusing capital into its subsidiary. The mortgage lender had earlier planned a qualified institutional placement, which would have led to PNB participating through a rights issue. However, this proved difficult since PNB would have still held over 30 percent in the housing finance company, leading to a breach of regulatory norms.

The COVID-19 pandemic and the subsequent lockdowns have posed a new set of challenges for the entire housing finance industry, which was already struggling through liquidity constraints after the Infrastructure Leasing & Financial Services crisis of 2019, the lender said in its annual report.