Operating in a “regulatory grey area”, bitcoins still have to gain wider acceptability among people and in the government in the country. Paytm, which is all set to come out with an initial public offering (IPO) between November 8 to 10, has said that they may consider Bitcoin offerings if it becomes fully legal in the country. This statement was made by Paytm’s chief financial officer Madhur Deora.

In an interview to Bloomberg TV, Deora waded into the thorny issue of Bitcoins pointing out that it is still in a regulatory grey area if not a “regulatory ban” in India. According to the CFO, Paytm is not currently dealing with Bitcoin. But he added that if it ever becomes fully legal in the country, then there would be offerings they would clearly launch.

Paytm’s IPO, incidentally, is slated to be the biggest in the history of the Indian capital markets. The price band for the IPO will be in the range of ₹2,080-₹2,150.

It may be recalled that the Reserve Bank of India had banned cryptocurrencies but the order was struck down by the Supreme Court in March 2020. The Indian government, unlike China who has resolved to root out all transactions in virtual currencies, seems to be cautiously moving forward ironing out the regulation of cryptocurrency and working with different stakeholders on this issue, said media reports.

Also read: For Diwali, should you gift yourself some PolicyBazaar, Paytm shares?

The central government’s view is that it is “not against cryptocurrency” and is focussed instead on how it can aid the country’s fin-tech sector. In fact, the finance minister Nirmala Sitharaman had told Economic Times that it was a “big potential area” – a space where a lot of global developments were taking place.

She had added that India cannot act as if cryptocurrency doesn’t exist. “We are not saying no to cryptocurrency. We are saying we will have to see how this technology can help fintech to maximise the potential it has. But how sophisticated regulation can be is something which I want to work with the RBI,” she had told ET. Further, she had added that the work was nearly complete and the cabinet had to decide on it now. 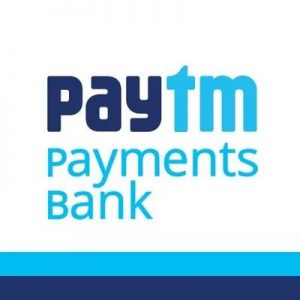 On May 21, Paytm Payments Bank had abruptly discontinued cryptocurrency transactions on its platform since it had stopped dealing with cryptocurrency exchanges. This decision was taken after banks declared that they would no longer deal with crypto exchanges such as WazirX, BuyUCoin and Zebpay. They were in turn following an “informal” Reserve Bank of India (RBI) order to that effect, said a report in Money Control.

According to Business Standard report, there is a widespread acceptance of digital tokens by millennials and Generation Z in India, which is helping the industry step out of the shadows. About 83 per cent of urban Indians are aware of digital currencies, while 16 per cent actually own them, showed a survey by data analytics firm Kantar. Many young people in India seem drawn to crypto and the future investor’s portfolio is likely to hold a mix of digital assets and traditional financial products.