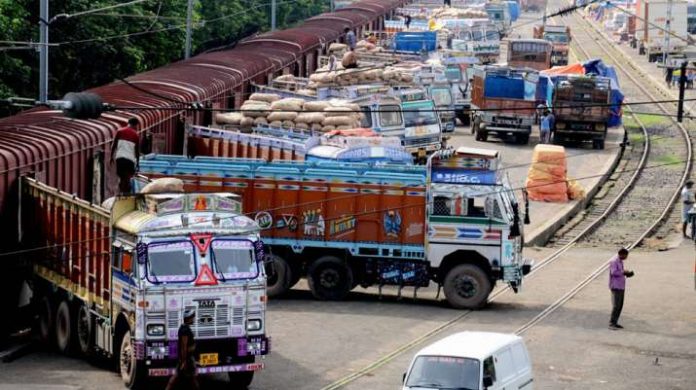 Truck rental rates have declined at least 30% during this lockdown, compared to 50% hikes during the first.

The COVID-led lockdowns — both in 2020 and 2021 — made a huge dent on the operations and revenues of most industries. Both times, the transport sector was among those that took the biggest hit.

Yet, there is a stark difference between last year and this that transport sector stakeholders find worrisome. Post lockdown in 2020, the pent-up demand for transport was substantial. Fleet operators were kept busy as the economy tried to get back on its feet.

This year, however, the demand pick-up has been tepid. Added to this, rental rates are going down, with small players undercutting to keep their businesses afloat. A fall in diesel consumption amid zooming prices is also a key indicator of the decline in trips for the transport sector.

The visible reduction in demand could be because the user industries were more prepared for the lockdown this time round, said industry observers.

Citing an example of the heavy demand witnessed last year, he said: “In April 2020, we went all the way to Pune from Chennai with an empty truck just to get a cargo of onions. We were running empty one-sided at that point in time — such was the demand.”

Apart from declining demand, the transport sector is also seeing rental rates come down heavily. “If a vehicle would charge take ₹75,000 to go to Maharashtra (Pune or Mumbai) before the second lockdown, it has now come down to almost ₹50,000. The number of trips has dropped,” said Yuvaraj.

All the rates have declined at least 30% during this lockdown, compared to 50% hikes in rentals during the first.

Naveen Kumar Gupta, Secretary-General of the All India Motor Transport Congress (AIMTC), told The Federal: “The pent-up demand hasn’t yet started and a huge chunk of our fleets are standing idle. The operation costs have increased due to surging diesel prices and demand is low.

“However, small operators who have the burden of paying EMIs for the vehicles and run their households tend to reduce their margins and get their wheels running. This results in a further drop in rentals.”

The truck rentals in Delhi have dropped at least 5-25% compared to last year. The Delhi-Mumbai return trip that would fetch a rental of ₹1.05 lakh has come down to ₹96,500 while the Delhi-Chennai return-trip has dropped 8% to ₹1.2 lakh.

Overall, the unwillingness of drivers to leave their home states, reduced rentals and declining number of trips have severely hampered business, observed Yuvaraj. Citing safety concerns, the drivers’ associations are demanding speedy COVID vaccination for their members. Once this is done, at least one issue of the transport sector would be addressed.

According to the official data from the Ministry of Petroleum, diesel consumption dropped 7.5% to 6,679 metric tonnes (MT) in April 2021, against 7,224 MT in March. In the corresponding period last year, the fall had been 42.5%.

Along similar lines, petrol (referred to as motor spirit, or MS) consumption saw a decline of about 13% in April 2021, against 54.9% last year, reveal the data.