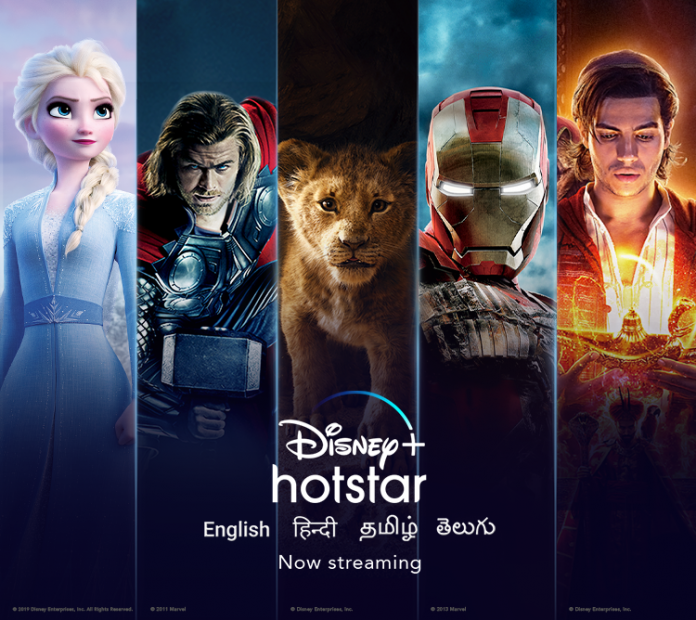 In the hotly-contested war among the world’s streaming giants, Disney, which launched an OTT platform service just 16 months ago, is all set to dethrone rival Netflix in a couple of years, said analysts.

This analysis in media reports comes in the wake of the big digital streaming players announcing their earnings for this quarter.

Disney on Thursday reported that it ended the third quarter with 173.7 million subscribers — just 35.5 million short of Netflix’s 209.2 subscribers, said media reports. Disney+ and Hotstar, Disney’s Indian streaming service, has added 12.4 million new subscribers since the last quarter but what made people sit up as the fact that Netflix added just 1 million new customers.

Taken together with subscriber numbers for the group’s ESPN+ sports platform and Hulu subscription service in the US, the surge puts Disney on track to dethrone Netflix by 2024, predicted a Guardian report. Meanwhile, Amazon Prime Video – which hawks popular serial like Outlander and The Marvelous Mrs Maisel, as well as Premier League football and NFL – is estimated to have about 147 million regular global users.

The Guardian report added that Disney+ would overtake Amazon Prime Video in 2024 to become the world’s second most popular streaming service.

Also read: Disney+ Hotstar combo to be launched in India on April 3

What has helped Disney this quarter is its unchecked growth backed by a spate of well-liked movies that it streamed on its Disney+ service like Cruella, Luca, Black Widow (however, the streaming firm faces a lawsuit filed by Scarlett Johansson on the simultaneous release of this last film on its digital platform). Moreover, Netflix ‘s “disappointing” quarter has also helped Disney to catch up with its rival.

According to an analyst at Robsenblaat Equity Research, last quarter, streaming subscribers like Netflix and Disney showed a little bit of weakness. “The weakness continued for Netflix, but it didn’t for Disney,” said the analyst Mark Zgutowicz in a CNBC interview. Analysts have also said that it is all about quality over quantity. While others have volume, Disney relies on the “quality” of its brands. It has shows and films that people, fans, feel they must watch, said media reports.

These services have played an integral role in driving the sales growth of the company.

Meanwhile, Netflix has 209 million global paying subscribers (up 1 million from last quarter), with ARPU for U.S. and Canada being $14.54. Netflix still earns more money per subscriber than Disney but the latter’s ad-fuelled content is poised to garner more more long-term revenue potential from its streaming business than Netflix, said analysts.

The case of Amazon Prime and the others

The CNBC report also listed where the other streaming giants stand this quarter. Amazon Prime, however has not submitted any updates on its second quarter earnings. The report stated that it has 175 million Amazon Prime members. Though prime memberships is expensive at $12.99 a month, this American technology company part of the Big Five, offers other benefits besides digital streaming, which includes free one-day or two-day shipping on most Amazon packages.

Amazon does not break up its ARPU by Prime members.

Apple TV+ subscribers had not shared updates on second-quarter earnings. Warner Media’s HBO and HBO Max showed that it had 67.5 million global subscribers (up 3.6 million), 47 million domestic subscribers (up 2.8 million) and ARPU calculated domestically is $11.90; Discovery has 18 million direct-to-consumer subscribers as of August 3, which is up by 3 million, and an overall ARPU of about $7 per month.

And Vicacom CBS has more than 42 million subscribers across Paramount+, Showtime, Noggin, BET+ and other platforms (up about 6.5 million, the “overwhelming majority” stemming from Paramount+).