Only on Thursday (September 19), finance minister Nirmala Sitharaman had answered pointed public criticism over a slowing economy on social media, when she replied to Biocon MD Kiran Majumdar Shaw on Twitter. The commentary by Shaw and a rebuttal by Sitharaman was a rare public exchange between a top industry captain and the country’s finance minister, over a worsening economy and the widely held perception that the government had only been making token moves to address this problem instead of offering substantial fiscal incentives.

But as Sitharaman announced a reduction in corporate tax rates on Friday morning (September 20), Shaw was quick to congratulate and thank the minister. Shaw wad echoing India Inc, which has erupted into cheer as a never-before hefty cut in taxes has become a reality. Some are calling it Sitharaman’s second Budget, while others are saying that Diwali is already here thanks to the FM’s tax generosity. Most corporates have already begun number crunching to assess how much it will save them this year.

As Sitharaman was making the corporate tax rate cut announcement, there was an immediate splash of green across television screens. Indian stock markets were quick to cheer these long awaited cuts and there have already been record gains on the Sensex in the few hours since the announcement. India Inc has also already begun talking of bringing in more foreign investments; it also foresees a boost to domestic consumption and widespread price cuts as two other possible fallouts of today’s mega announcements. 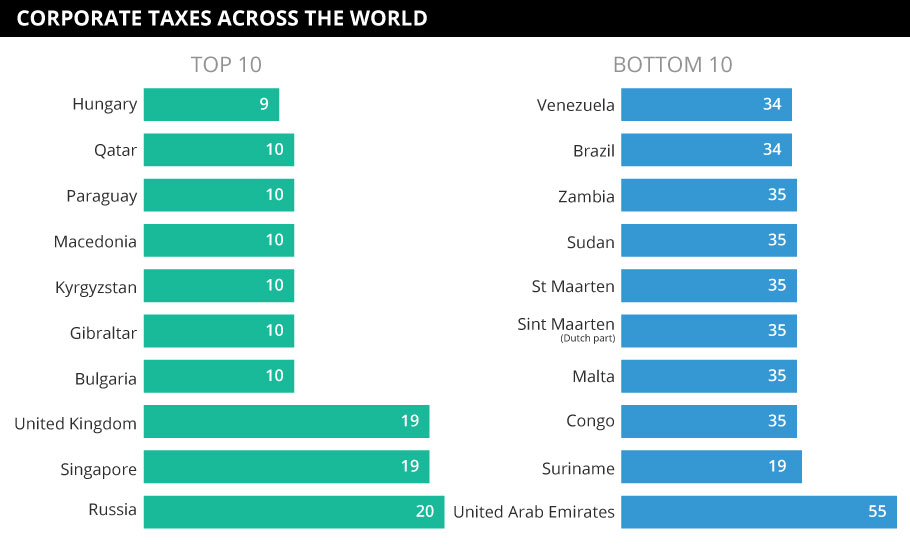 The headline corporate tax rate has been reduced from 30% to 22%. This lowers the effective tax rate (after taking into account exemptions available earlier) to 25.17%, inclusive of all cesses and surcharges for domestic companies, from an effective tax rate of almost 35% earlier. That is a 10 percentage point reduction in taxes and brings India on par with other major South East Asian countries. One cannot recall the last such massive cut in corporate tax rates, ever.

For new domestic manufacturing companies incorporated after October one this year, corporate tax rate now stands at 15% without any exemptions and the effective rate would be 17.01% against 29.12% earlier, a reduction of 12 percentage points. A caveat is that such companies should begin manufacturing by 2023. The FM has announced some other relief measures too for India Inc, including on capital gains and surcharges. The total revenue foregone through these announcements is Rs 1.45 lakh crore.

Friday’s announcements are sure to be seen as measures to “pump prime” the economy but at the cost of a huge hole in revenue collection targets for this year.

Suvodeep Rakshit, senior economist, Kotak Institutional Equities, says, “The announcement is definitely a positive move. It is also a prudent move to reduce the corporate tax rates because firstly, it increases the retained earnings of the companies and forms the investible surplus for future. Secondly, it moves India to parity with its regional peers thereby removing one of the issues related to manufacturing and exports and thirdly, it maintains macro prudence by continuing to favour investment cycle rather than consumption cycle.”

Rakshit warned though that these measures will negatively impact the bond market as the revenue forgone due to the tax rate reduction will make it difficult to stick to the budgeted GDP target.

In the Budget for 2019-20, the government had set itself a target of 17.5% growth in direct tax collections for the full year. But between April and September 17, the mop-up has only been 4.7% higher. The direct tax kitty (corporate and personal income tax) has grown to Rs 5.5 lakh crore from Rs 5.25 lakh crore a year ago.

So has the FM taken a gamble she may regret going forward? She said after making the announcements that the government expects more economic buoyancy which will generate more revenue and lower tax rates should mean a widening of the overall tax base. Sitharaman also referred to the potential of these measures to boost ‘Make-in-India’ initiatives and create fresh employment.

But whether the benefits of these rate cuts will outweigh mounting fiscal concerns remains to be seen.

Meanwhile, Shaktikanta Das, governor of the RBI, welcomed the government’s move and called it “highly positive” for the economy. Das also said he was not oblivious of the fiscal impact of today’s steps and that he saw more room for reforms in land and labour. “I expect the July-September GDP to be better due to government spending.”

Keki Mistry, vice chairman and CEO of HDFC Bank, called the tax cuts a huge positive and said these will help beat the current domestic consumption slowdown. “Profitability has been under pressure, I believe companies will look to restore profitability before looking at price cuts,” Mistry told a television channel.

Nilesh Shah of Envision Capital said these cuts will leave more money in the hands of companies which can be ploughed back into businesses and can also lead to some price cuts.

S Subramaniam, CFO, Titan, said these measures will induce a dramatic change of sentiment in the market, will help people spend more and bring good festive cheer. “Price cuts are also a possibility,” he said.

As the equity markets and corporates rejoice over this morning’s dramatic announcements, the possibility of no major rate cuts coming after the GST Council meeting (currently underway in Goa) may fail to dampen the cheer for some time at least. Sectors like automobiles and biscuits in particular have been lobbying for hefty GST rate cuts to spur sales.