The US dollar’s status as a safe haven and consequently its global dominance will end soon and the country’s piling debt that is in excess of $26 trillion could result in an unimaginable crisis, according to legendary investor Jim Rogers. He said he is now betting on gold and silver.

The dollar is considered a safe haven for historic reasons, but it is no longer one and people are trying to find an alternative to it, Rogers said while talking to The Federal for a podcast.

“I would suspect when things get bad in the world in the next months or couple of years, the dollar would get very strong. People look for a safe haven during turmoil. People think the dollar is a safe haven for historic reasons, but it is not a safe haven anymore,” he said.

“The United States is now the largest debtor nation in the history of the world, but people still think of it as a safe haven. So I would imagine it would get stronger again in the turmoil whenever it comes next, it will probably get overpriced, it might even turn into a bubble, but we are getting near the end (of the dollar’s dominance) and many people are trying to find a replacement for the US dollar for now,” he said.

James Rogers, American investor currently based in Singapore, is known for his contrarian calls. “Because now people are looking at ways to avoid the US currency, I would suspect that the US (dollar dominance) is coming to an end,” he said,” I am an American citizen, so I don’t like saying it, but I have to deal with facts.” 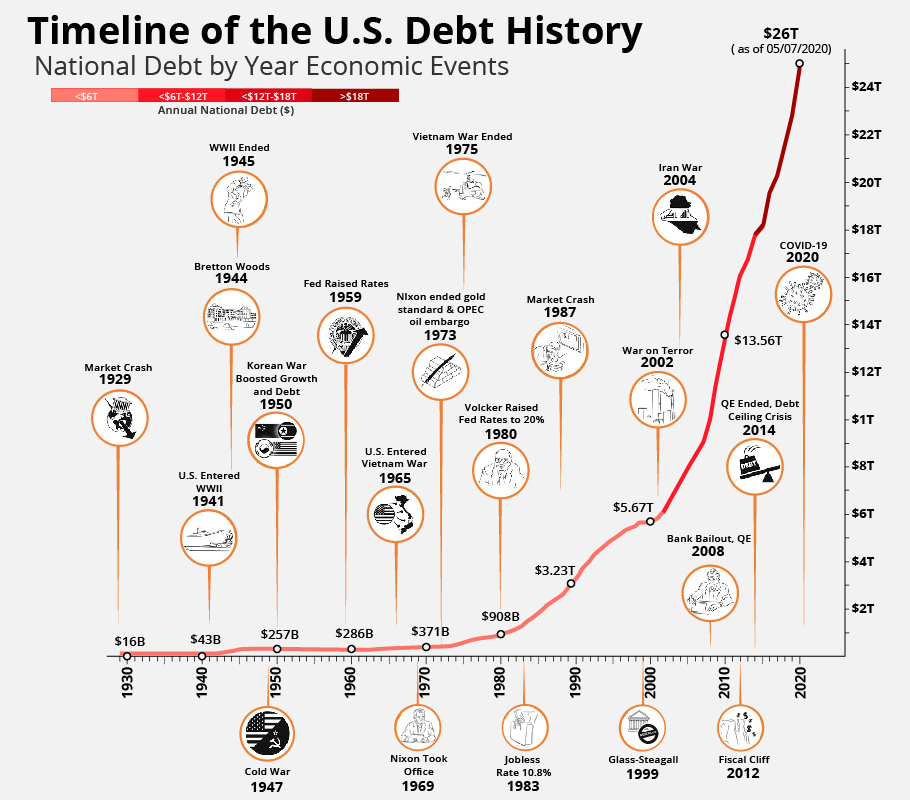 He said the rising debt of the US and its inability to rein in spending could have disastrous consequences. “The US debt currently (the sum of all outstanding debt owed by the federal government) is in excess of $26 trillion. The government owes this to the buyers of US Treasury bills, notes, and bonds, including individuals, companies, and foreign governments. The US debt is the total federal financial obligation owed to the public and intra-governmental departments. Since every president has borrowed from Social Security, it is one of the United States’ largest debt holders. US debt is so large because the US Congress has not done enough to rein in spending. If steps are not taken, the ability for the US to pay back its debt will come into question, affecting the global economy,” he said.

The global economy could be in for trouble if China decides to use the huge US debt it holds as a weapon in its fight against America over trade agreements and other tensions, he said. “China holds a considerable amount of these debts as well. With the Chinese and American relations deteriorating over various issues, including coronavirus, trade, and technology, the global financial markets have been increasingly worried if China would sell the US government debt it holds as a weapon to counter the rising US pressure on it. If China, which owns more than $1 trillion worth of US Treasury bonds, were to indeed take such an action, it would push down debt prices and drive up interest rates in the United States, stifling investment and consumer spending at home and hurting the economy both in the US and globally at large,” he said.

Speaking on the US debts and media reports that indicate that China is likely to be selling its American debts investments, Jim Rogers said, “There are certain reasons to sell the US government debts. The interest is the lowest ever in American history, so, yes, it is certainly near a top, so there are economic reasons to sell US bonds. But, in China’s case, there are also political reasons in case things get worse. They don’t want to be sitting and owning US government debt. So, I suspect the Chinese will continue for economic reasons to sell and it would be more if things get worse. It is not good for the world if there is tensions, but we have always had tensions throughout history and we will again.”

Rogers’ investment journey started in 1970 when he joined investment bank Arnhold and S Bleichroder, where he worked with George Soros. In 1973, Soros and Rogers both left and founded the Quantum Fund. From 1970 to 1980, the portfolio gained 4,200% while the S&P index advanced about 47%. The Quantum Fund was one of the first truly global funds which took positions in a number of global assets. In 1980, Rogers ‘retired’ from wall street and spent his time traveling on a motorcycle around the world. Rogers later on then created a Guinness World Record journey through 116 countries, covering 2,45,000 kilometres with his wife Paige Parker, in a custom-made Mercedes. The trip began in Iceland, which was about to celebrate the 1,000th anniversary of Leif Eriksson’s first trip to America, his learnings from this road trip were documented in his book Adventure Capitalist, which is one of the best-selling books to date.

The sanctions game and Myanmar: Will it work?