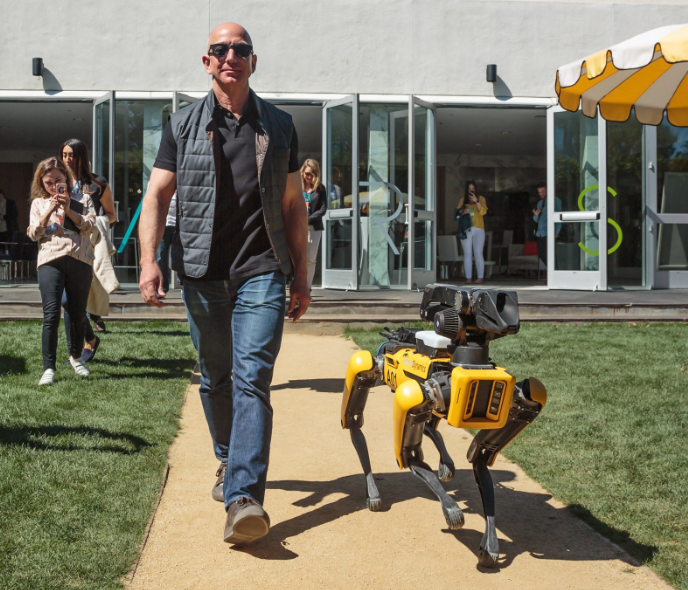 Jeff Bezos, Amazon founder and the richest man on Earth, went to space on Tuesday | Twitter via @jeffbezos

Jeff Bezos, Amazon founder and the richest man on Earth, on Tuesday completed an 11-minute trip into space onboard a rocket built by his company Blue Origin. Donning a blue suit and a cowboy hat, Bezos addressed a press conference after his brief trip, during which he thanked the workers of Amazon for “paying” for his trip. However, the well-intended gratitude has failed to resonate with critics who have accused the billionaire of being “tone-deaf”.

“I want to thank every Amazon employee, and every Amazon customer because you guys paid for all this,” the 57-year-old Bezos said, after becoming the second billionaire in just over a week to ride in his own spacecraft. The statement generated backlash as people pointed out the inhumane working conditions and lack of breaks that Amazon workers are forced to work under.

Robert Reich, former secretary of labour and a professor of public policy at the University of California, Berkeley, said Bezos had crushed unionising attempts for decades. “Amazon workers don’t need Bezos to thank them. They need him to stop union-busting — and pay them what they deserve,” Reich said on Twitter.

Representative Alexandria Ocasio-Cortez said: “Yes, Amazon workers did pay for this – with lower wages, union busting, a frenzied and inhumane workplace, and delivery drivers not having health insurance during a pandemic.”

“Amazon customers are paying for it with Amazon abusing their market power to hurt small business.”

“Jeff Bezos forgot to thank all the hardworking Americans who actually paid taxes to keep this country running while he and Amazon paid nothing,” wrote US Senator Elizabeth Warren on the micro-blogging site.

Warren, a leading progressive who once ran for president, wrote: ”It’s time for Jeff Bezos to take care of business right here on Earth and pay his fair share in taxes.”

Meanwhile, Representative Earl Blumenauer, who is on the tax-writing Ways and Means Committee, proposed legislation that would tax space travel for non-scientific research purposes. “Space exploration isn’t a tax-free holiday for the wealthy,”he said.

“We pay taxes on plane tickets. Billionaires flying into space—producing no scientific value—should do the same.”

Bezos stepped down as CEO of Amazon earlier this month to focus on side projects, including his space exploration company Blue Origin. However, time and time again he has faced increasing activism within his own workforce for gruelling working hours.