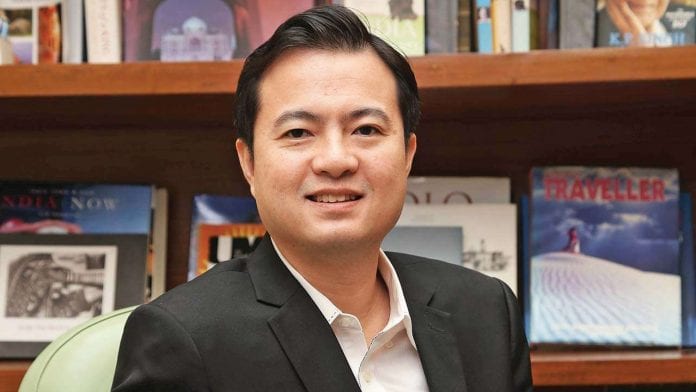 Vistara chief Leslie Thng on Wednesday (April 15) announced that senior employees will be going on compulsory leave without pay for up to three days between April 15 and 30 as a measure to further conserve the airline’s cash flow amid lockdown to combat the COVID-19 threat.

On March 27, the airline had also introduced compulsory leave without pay for up to three days between April 1 and April 14 for the same set of senior employees.

The compulsory no-pay leave will affect around 1,200 employees in senior grades. The remaining 2,800 employees of the airline such as members of cabin crew and ground handling services will be unaffected.

The Vistara chief said in an email to employees, which has been accessed by PTI, that the airline is planning to restart flight operations in a phased manner whenever the government allows it to do so.

“With the announcement by the government of India on extending the lockdown, we continue to suspend all our domestic and international operations till May 3,2020 and this further impacted significantly on our cash flow with no revenue being generated over an extended period of time,” Thng said.

He said the airline has made “some progress” with a few of its key partners and suppliers in “reducing and/or deferring” some of its immediate operating expenditures.

Thng added the airline continues to pursue similar measures “aggressively” with other partners and suppliers.

He mentioned the airline has to take a “tough and difficult decision” on reducing staff costs with the objective to preserve jobs.

The above CNPL is in addition to what Vistara had implemented for the period of April 1 to April 14, Thng noted.

“While the situation remains fluid, we are planning to resume flight operations in a phased manner whenever authorities allow us to do so,” the CEO stated.

“For the initial period, we may not be able to fully restore our suspended network and therefore our financials will continue to be adversely impacted. We must continue our focus on cutting expenditures, including continuing some of the measures that we have implemented in April,” he said.

Reacting on the decision, Vistara spokesperson said, “The extension of lockdown and suspension of our services till May 3, 2020 further impacts our cash flow significantly. As part of a number of steps we are taking to conserve cash and save costs, we had to make the difficult decision of further reducing our staff costs with the objective of preserving jobs.

“For the period between April 15-30, 2020, about 30 per cent of Vistara’s workforce will take compulsory no-pay leave of one to three days, depending on employment grades (three days for senior-most employees). This decision does not impact the remainder 70 per cent of Vistara staff,” he added.

India is under lockdown till May 3 to curb the spread of coronavirus, which has infected more than 11,000 people and killed over 350 people in the country till now.