Social media giants such as Twitter and Faceook are yet to comply with the Centre’s new IT guidelines coming into effect on May 26, which include appointing a resident grievance officer, a chief compliance officer, and a nodal contact person.

As the government deadline approached, Facebook, which owns WhatsApp and Instagram, on Tuesday said it is working to implement operational processes and aims to comply with the provisions of the IT rules. The company, however, said it continues to discuss a few issues that require more engagement with the government.

The rules announced in February require large social media platforms to follow additional due diligence, including the appointment of executive in compliance and grievance roles. The government had set 50 lakh registered users as the threshold for defining ‘significant social media intermediary’, meaning that large players like Twitter, Facebook and Google would have to comply with additional norms. It had said the new rules take effect immediately, while significant social media providers (based on number of users) will get three months before they need to start complying.

IT ministry sources told the PTI that appointment of a grievance officer would be a key requirement from day one of rules coming into effect, given the importance of public interface for complaints, and need for an acknowledgement system for requests. Non-compliance with rules would result in these companies losing their intermediary status that provides them exemptions from liabilities for any third-party information and data hosted by them.

“They will then be criminally liable if any untoward incident happens or some unlawful and illegal content is shared over their platform,” a source in the ministry told The Indian Express.

According to the newspaper, the ministry has taken strong exception to some intermediaries’ stand that they would have to check with their headquarters in the US before appointing the executives in complaint-resolution roles.

“In most cases, the reply we got from these intermediaries was that they were awaiting instructions from their headquarters in the US. How is it fair that when they do business in India and earn revenue from data of India users, the teams sitting in the US can make an ex parte assessment of the situation? Grievances cannot wait redressal from the US,” the source said.

According the Express, some companies had sought up to six months from February 25 to finalise executives, but the ministry had rejected the request.

“Why should the appointment of just three people take more than three months? It is a result of the lacklustre attitude that they have for Indian markets,” an official said.

Last week the IT ministry had written to Twitter asking it to remove the “manipulated media” tag from some of the tweets sent by BJP political leaders – including its spokesperson Sambit Patra and former minister Smriti Irani – alleging a Congress plot to malign the prime minister and the Centre. 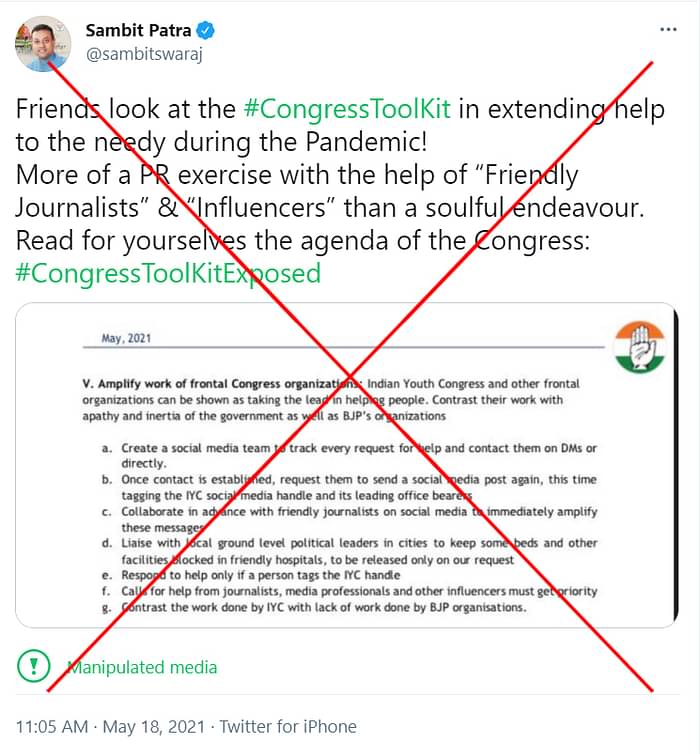 On Monday the Delhi Police visited Twitter’s offices in Delhi and Gurgaon to serve the social media platform a notice in the “toolkit” case. When the team reached the offices they were told that Twitter employees were working from home in line with the companies COVID-19 policies.

“We served notice to Twitter as we want to know what information Twitter has about the toolkit and why they chose to give the ‘manipulated media’ label. Apart from Twitter, we have also served notices to the complainants, representatives of Congress, asking them to join the investigation to explain the whole sequence of events. We are also going to serve notice to BJP spokesperson Sambit Patra, for questioning in the coming days,” a police official said.

On Monday, police PRO Chinmoy Biswal said the action was “a part of a routine process”. “This was necessitated as we wanted to ascertain who is the right person to serve a notice, as replies by Twitter India MD have been very ambiguous,” he said.