Petrol price on Friday (June 12) was hiked by 57 paise per litre and diesel by 59 paise a litre as oil companies adjusted retail rates — the sixth straight day of increase in rates since oil firms ended an 82-day hiatus of rate revision.

In Delhi, petrol price was hiked to ₹74.57 per litre from ₹74, while diesel rates were increased to ₹72.81 a litre from ₹72.22, according to a price notification of state oil marketing companies.

Rates have been increased across the country and vary in each state depending on the incidence of local sales tax or value added tax.

This is the sixth consecutive daily increase in rates since oil companies on Sunday restarted revising prices in line with costs, after ending an 82-day hiatus.

Analysts opine that the Union government will gain close to ₹1.6 lakh crore in additional revenues this fiscal from a record hike in excise duty on petrol and diesel that has pushed total incidence of taxation on auto fuels to 70 per cent of the price.

The government hiked excise duty on petrol by ₹10 per litre and that on diesel by ₹13 a litre to mop up gains arising from international oil prices falling to a two-decade low.

On May 6, as the petrol price remained unchanged at ₹71.26 a litre and diesel at ₹69.39 after state-owned oil firms set off the excise duty hike against gains they accrued from fall in international oil rates.

This was the second hike in excise duty in less than two months and was expected to help the government garner over ₹1.7 lakh crore in additional revenues annually at 2019-20 level of consumption, industry officials said.

Considering the slump in consumption due to travel restrictions imposed by coronavirus lockdown, the gains in the remaining 11 months of the current fiscal year (April 2020 to March 2021) will be close to ₹1.6 lakh crore, they said.

Together with ₹39,000 crore in annual revenues gained from the March 14 excise duty hike of ₹3 per litre each on petrol and diesel, the government stands to gain as much as ₹2 lakh crore.

After the excise duty hike, taxes – both central excise and state VAT – make up for 70 per cent of the price of petrol and diesel.

ICICI Securities said the excise duty hike would mean a plunge in gross auto fuel marketing margin by 64 per cent (₹12.1 a litre) from ₹19 on May 5 to ₹6.9 on May 6.

Emkay Global said oil marketing companies (OMC) have continued to pass on numerous VAT rate hikes implemented on petrol and diesel by states, but as gross margins touched a high of over ₹18/20 on May 6, the excise hikes are most likely to be absorbed.

“The overall price freeze has now crossed 45 days. OMC officials have stated unrealistic global prices to be the reason behind this, but looking at the 60 per cent estimated drop in auto-fuel consumption, the 6-7x jump in marketing margin from normative rate implies more than making up for the volume hit,” it said.

Officials said normally retail prices would have changed with any revision in taxes but like March 14, there is no change as the excise duty hike is being adjusted against the gains consumers should have got from Brent crude oil dipping to about USD 18 per barrel – the lowest since 1999. 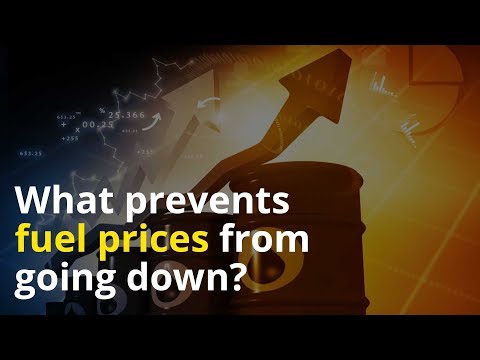 Commenting on the excise duty hike, Vikas Halan, Senior Vice President, Corporate Finance, Moody’s Investors Service, said: “Government of India’s increase in petrol and diesel taxes by USD 21/barrel and USD 27/ barrel respectively will result in governments tax collection increasing by about USD 21 billion if the tax hike is maintained for the full year. This reinforces the importance of oil marketing companies to the government of India and validates the support incorporated in our credit assessment of these companies. The tax hike could result in higher working capital outflow for the oil marketing companies, which will partly offset the working capital savings from lower inventory costs.”

According to a notification issued by the Central Board of Indirect Taxes and Customs, central excise duty makes up for 46 per cent of petrol and diesel price now. After considering local sales tax or VAT, the total tax incidence in the price is as high as 60 per cent.

The excise tax on petrol was ₹9.48 per litre when the Narendra Modi government took office in 2014 and that on diesel was ₹3.56 a litre.

The government had between November 2014 and January 2016 raised excise duty on petrol and diesel on nine occasions to take away gains arising from plummeting global oil prices.

Government sources said the Centre has taken this step of increasing duty to raise some revenue in view of a tight fiscal situation. This would help in generating the resources to meet the expense of coronavirus fight as well as meet other spending needs such as on infrastructure.