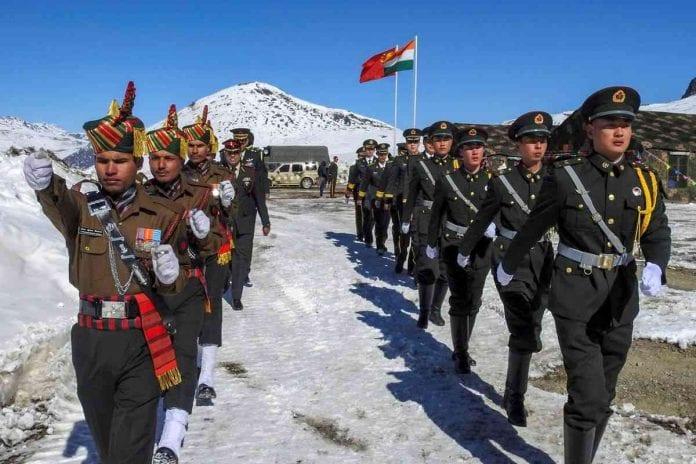 Many were left curious when Finance Minister Nirmala Sitharaman did not mention the 2021-22 allocation for the defence sector in her Budget speech, since this was anticipated eagerly in view of the Ladakh border standoff with China.

As the Budget speech ended, even MPs were left wondering why they did not hear “Jai Jawan”, though they heard “Jai Kisan” loudly in many of the initiatives announced by Nirmala Sitharaman. Even Prime Minister Narendra Modi did not harp on the 19%
hike in allocation for defence modernisation while lauding the budget. This intensified the curiosity over this crucial sector that had been highlighted by the Congress as a critical component of this year’s budget.

Finally, it was Defence Minister Rajnath Singh who took to Twitter to thank Prime Minister Modi for hiking the allocation to defence, especially defence modernisation. The allocation made by Nirmala Sitharaman for 2021-22 is ₹4,78,195 crore, as compared to ₹4,71,378 crore the previous year.

While the hike in overall defence allocation is only 1.4%, the Modi government has provided 19% more for capital expenditure. This is required now in view of the threat faced on both the eastern as well as the western borders at the same time.

Also, the government has spent an additional ₹20,700 crore in 2020-21 over and above the budget for the year due to the urgency to procure arms like Israeli light machine guns and winter equipment for the forces braving the severe weather in Ladakh.

The Finance Minister has earmarked ₹1,35,060 crore for capital expenditure and this is the highest increase for the purpose in 15 years, according to Rajnath Singh. While most of the defence spending goes towards salaries, running of defence establishments and pensions, the money allocated for capital expenditure, also called as defence modernisation fund, is meant to be used only for acquisition of aircraft, weapons, ammunition, accessories, technology, hardware, logistics, training, and building infrastructure.

If the pension expenditure is excluded from the overall allocation of ₹4.78 lakh crore for the forthcoming financial year, then the amount left works out to ₹3.62 crore as compared to ₹3.37 crore in the previous year’s budget.

Due to heightened tension in Ladakh that has shown no signs of abating despite harsh winter freezing the Himalayan mountains, India had to speed up the purchase of arms, ammunition and aircraft for the defence forces. Since the eastern threat is in addition to recurring terrorist infiltrations on the western border with Pakistan, it is felt that India has to brace up for challenges on two fronts at the same time, prompting urgent sprucing up of defence preparedness.

It is estimated that China’s military budget is nearly four times India’s and New Delhi has to shell out more to face the threat of increasing hostility by its eastern neighbour.

In 2018, the Parliamentary Standing Committee on Defence had recommended that India hike its defence budget to 3% of its GDP. However, India’s defence budget only declined from 2.5% of GDP in 2010-11 to 2.1% in 2020-21. It was expected that the Modi government may take bold steps in this year’s budget due to the Galwan tragedy in 2020,
when 20 Indian soldiers were lost to Chinese violence, and the Pulwama terror attack in 2019 in which 40 CRPF personnel were killed.

However, the increase in government expenditure due to COVID-19 that wrecked revenue collection has forced a shift in priority to other objectives. The government is focussing more on sprucing up healthcare, COVID-19 vaccination, agriculture, small-scale industries, and infrastructure spending, especially for highways in poll-bound Tamil Nadu, Kerala, West Bengal and Assam.