Disappointed with Union Finance Minister Nirmala Sitharaman’s Budget 2021-22, Kerala Chief Minister Pinarayi Vijayan on Monday said that it is a reflection of the neo-liberal policies followed by the NDA government.

“The budget indicates a complete withdrawal of the state from all sectors,” said the chief minister. “Privatisation of more public sector companies and increase in Foreign Direct Investment (FDI) in the insurance sector will leave the country entirely in the commercial interest of multinational corporates,” he added.

Vijayan said the Union Budget asserts that the Centre will continue with its agricultural policy of encouraging big private players in the sector. “Instead of providing more subsidies to farmers, the government proposes to provide them with more credit. The government has not even announced the support price as demanded by the farmers,” he added.

There is nothing in the budget to support those who lost employment in the pandemic, said the chief minister. :There was no hike in social security pension rates; no special packages for retailers and small scale industries were announced. For all these reasons, the Union finance minister has disappointed the people of India,” he added.

Meanwhile, the budget also proposes an agriculture development cess on petrol, diesel, and several other products. Vijayan said it will only escalate inflation and push the public into more financial hardship. 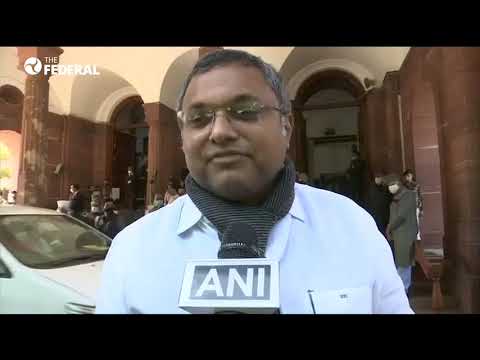 “The budget proposals indicate that there will be a price hike for iron, steel and electricity. This will have an adverse impact in the construction sector, which provides employment to a very large section of the population,” said Vijayan.

“It is disappointing that even as the Indian economy is going through a major crisis, there are no measures in place to stimulate the country’s economy and put more money in the hands of the people,” added the chief minister.

Stating that India has one the worst digital divides in the world, Vijayan said the move to implement digital census needs to be reviewed.

Accurate statistics is essential for effective planning and implementation of government projects, he said, adding that there is no doubt that digital census will be an impediment in collecting comprehensive data in the present context of digital divide.