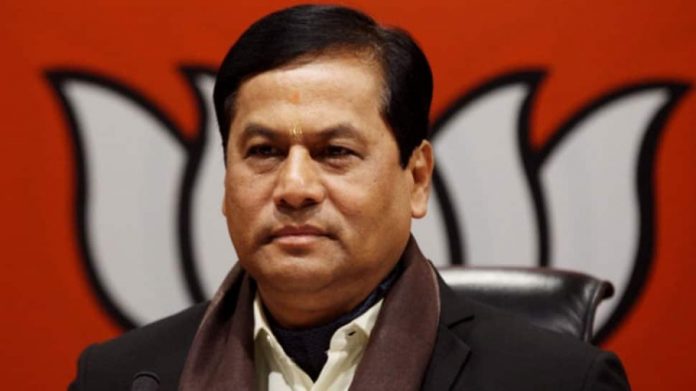 If the BJP wins, Sarbananda Sonowal could become the first non-Congress chief minister to get a second consecutive term in Assam

On the eve of the counting day, the Congress in Assam was busy trying to boost the morale of its workers after most exit polls gave the BJP-led NDA the clear edge in the Assembly election.

The Mahajut, the alliance led by the Congress in the state, had a long meeting at the residence of AIUDF chief Badruddin Ajmal where last-minute suggestions ahead of the counting were sought from all partners. In an attempt to keep the morale of the workers of the alliance high, the Congress has started a helpline to support them during the course of the counting process.

“On the counting day, I request all Congress Party candidates to report any issues
you notice in the counting process anywhere in your constituency by mentioning
@APCCHelpline in your tweets — Congress’s official helpline handle we have
created for the vote counting day,” party leader and Lok Sabha MP from Kaliabor said.

Meanwhile, the BJP is confident of winning a simple majority on its own. It has said that, along with its two alliance partners — the AGP and the UPPL, its tally will cross 80 in the 126-member state Assembly. “Our assessment shows that the BJP will win 70 seats, the AGP will get eight seats and the UPPL will emerge victorious in five,” said Ranjeet Das, Assam BJP president.

The Congress has, however, rubbished the exit poll results and said that the Mahajut
alliance is confident of forming the government in Assam. “The Congress-led alliance will come to power with a thumping majority. The Assam Congress totally rejects the exit poll results. These are not based on a scientific system. These are biased and politically motivated,” said Ripun Bora, Assam Congress president.

A vote for or against CAA?

If the BJP-led alliance manages to win in Assam, then it will be an indication that the party’s grip in the upper Assam districts — which was for long a Congress stronghold — has not weakened. The constituencies in upper Assam hold the key to the BJP-led alliance’s chances in the election. This region had  witnessed massive protests against the saffron party during the anti-CAA movement.

The voters in upper Assam had voted overwhelmingly for the BJP in the 2016 assembly election and in the 2014 and 2019 Lok Sabha elections. But the passage of the CAA in both the houses of the Parliament was seen by voters in the region as a betrayal by the saffron party.

One of the reasons behind BJP’s win in the three elections — 2014, 2016 and 2019 — was its ability to capture the votes of the supporters of the regional forces. The prime attraction of these voters was Assam chief minister Sarbananda Sonowal, who is seen as a face of the regional forces given his background as the former president of the All Assam Students Union, and former leader of the AGP, the regional party in Assam.

A win for the BJP-led alliance will be an indication that a major portion of the sympathisers of the regional forces continue to support it over the newly formed regional political outfits the Assam Jatiya Parishad and the Raijor Dal. It will also mean that the perceived disgruntlement among voters over the CAA did not materialise into votes against the BJP. The opposition Mahajut  was banking on this for its win.

A victory for the BJP and allies will be bad news for the Congress, which had hoped that the much-hyped and publicised electoral campaigns by Rahul Gandhi and Priyanka Gandhi would have a positive electoral impact in the state.

In 2016, when Sonowal had taken charge as the chief minister, questions were raised about his lack of administrative and working experience and many had said that the CM chair should be replaced with someone more experienced like finance minister Himanta Biswa Sarma. A win on Sunday will ensure that Sonowal will not have to face such opposition this time around, and he can be assured that he will get a free hand to run the
government on his own terms.

A win by the BJP alliance will also mark the rise of UG Brahma — a political leader from the tribal belt of BTR. Brahma, a former president of the influential student organisation All Bodo Students Union, was a Rajya Sabha MP. But, has not been able to get a breakthrough in state politics after competing his Rajya Sabha term in 2008. A win in this election could reflect his growth in state politics.