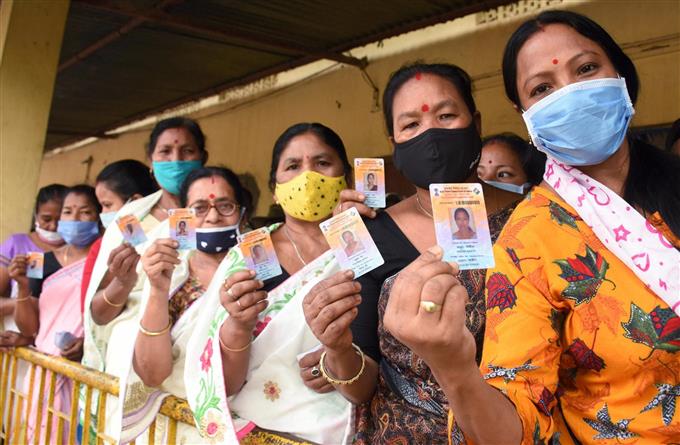 More than three weeks ahead of the Assam Assembly results due on May 2, the Congress-led opposition alliance in the state, known as Mahajot, has packed 22 of its candidates off to Rajasthan capital Jaipur, apparently to preempt ruling BJP’s attempt to poach the newly elected MLAs, media reports said.

The candidates are reportedly from Maulana Badruddin Ajmal’s All India United Democratic Front (AIUDF). Mahesh Joshi, Congress’ chief whip in the Rajasthan Assembly told ANI: “We will take care of people coming here. We don’t know their parties and why they’ve come here. There are around 20 people. Congress will bear expenses. Till BJP is in Centre, there will always be a possibility of buying MLAs.”

The AIUDF has “confirmed” reports that the party has flown its 18 candidates to a hotel in Jaipur to keep them “united and ward off possibilities of horse-trading.” AIUDF chief Maulana Badruddin Ajmal has also flown to Jaipur from Guwahati to be with his party leaders, reports said.

The candidates are reportedly kept in the same Fairmont resort in the capital city of Congress-ruled Rajasthan where the party’s MLAs were corralled last July during the Congress’ internal crisis involving Sachin Pilot’s rebellion.

“It’s now a trend since the BJP tries to break the Congress after losing elections. So they (allies) want to take guard,” Congress’s Randeep Singh Surjewala said, confirming the developments, NDTV reported.

Assam voted in three phases between March 27 and April 6. The ruling BJP is seeking a second term with the help of the Asom Gana Parishad (AGP) and United People’s Party Liberal (UPPL) in the state. The Congress-led ‘Mahajot’ and United Regional Front (URF) led by Akhil Gogoi’s Raijor Dal are the key opposition parties.

Over 73 per cent people participated in the first phase of polling in Assam, over 73 per in the second phase and about 79 per cent in the third phase.