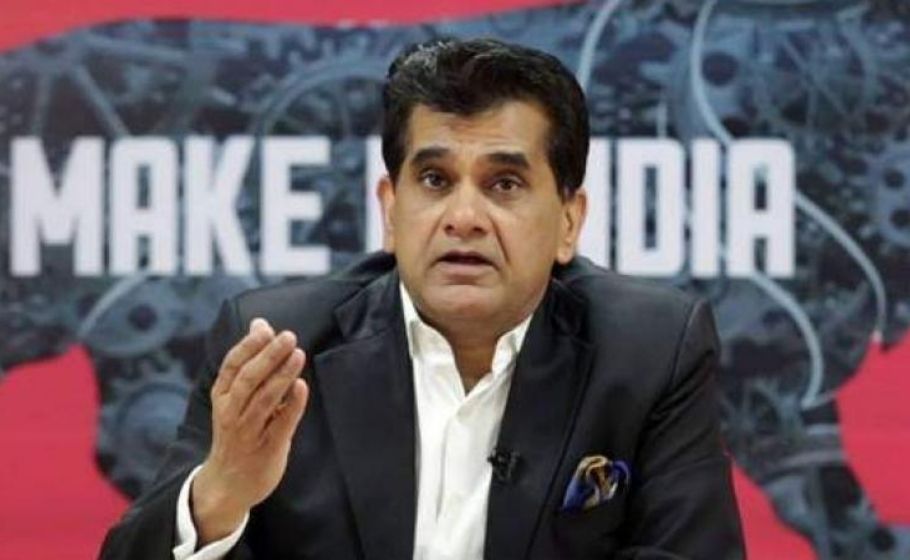 A closer inspection of the fine print in Finance Minister Nirmala Sitharaman’s once-in-a-lifetime budget reveals it to be less worthy of the initial welcome it immediately received as a harbinger of hope and recovery. Praised immediately for its emphasis on infrastructure and capital spending, the Budget’s spending priorities for the Railways, however, indicate a sleight of hand, a continued shifting of goalposts that makes prior-year comparisons difficult and suggest a continued neglect of India’s single largest enterprise and employer.

It was expected that a renewed boost to capital spending in the Indian Railways would provide wider economic benefits via the multiplier effect. Arvind Subramanian, the author of the Economic Survey presented a few years ago, had noted that every rupee spent on the Indian Railways generates at least ₹5 worth of output in the economy.

In her first budget, for 2019-20, Sitharaman announced a 12-year ₹50 lakh crore project for the Indian Railways. The schemes under the project were aimed at modernising the Indian rail system by increasing line capacities, improve existing lines (track renewal in railway parlance), improving signalling infrastructure, and replacing obsolete technologies across the board. Much-delayed because of inadequate funding over many years, this project was expected to speed up trains, reduce congestion in the network and generally result in better efficiencies in the movement of freight and people.

However, Sitharaman provided only ₹1.61 lakh crore, although the average annual funding according to her 12-year plan was ₹4 lakh crore. The underfunding from budgetary resources, and the over-emphasis on external borrowings resulted in even this budgeted expenditure not being met. Even more shockingly, just months before her next budget for 2020-21, in August 2019, the government unveiled a National Infrastructure Pipeline (NIP), a scheme that combined all infrastructure in a grand plan in which the Railways was one.

Related news: Infra push in Budget? The devil, as usual, lies in the details

Big hole in the budget

Although this appears to convey the impression that Sitharaman has somehow salvaged the plan outlay for the current year, past experience as well as the window dressing elsewhere in the budget suggest this is unlikely to happen. Instead, it appears that the Finance Minister is betting on fading memories of this budget by the time she presents her next budget.

In keeping with her penchant for shifting goalposts every year, the Finance Minister has in her latest budget apparently chosen to abandon the NIP. Instead, she has chosen to go by the recently unveiled National Rail Plan (NRP). The NRP is even grander. Its 30-year plan (2021-2051) envisages investments of ₹38.5 lakh crore, although the question of how these will materialise is left up in the air. The NRP repeats the familiar objectives that were part of earlier abandoned plans: that the share of freight is to increase from the present levels of 24 per cent to 45 per cent and that the average speed of freight trains is to increase the currently abysmal level of 25 kmph to 50 kmph during that time frame.

But even this extent of budgetary support assumes that all the expenditure on the capital account goes towards new projects or in the creation of fresh assets. This is obviously not the case. For example, during the current year ₹2,000 crore is to go to the railway safety scheme, the Rashtriya Rail Sanraksha Kosh (RRSK), way below the normative targets set for investments in safety in the Indian Railways. She confidently projects that funds to the tune of ₹5,000 crore would be allocated to this fund in 2021-22. But past experience does not inspire confidence that it will indeed materialise; after all, in 2019-20 (actuals), she provided only a measly ₹201 crore to the RRSK.

The physical performance, in terms of actual deliveries of infrastructure has been poor in the last several years. In fact, even by the standards set in the early years of the Modi government, they have been poor. For instance, in 2015-16 and 2016-17, an average of 883 km of new track lines were laid; but this has been stuck at 300 km per year in the last two years. In fact, only 300 km of new track is going to be laid in 2021-22. A similar deceleration is visible in terms of track doubling too. “What is the point in increasing the speed of trains without increasing line capacity,” asks a retired railway employee.

Related news: A big budget in times of small mercies

But the budget is not just about grand schemes that are in danger of abandonment after the initial flush of public attention recedes. There are also obvious sleights of hand. In a desperate effort to cover the gaping hole in her plan outlay, Nirmala Sitharaman has turned to innovative approaches.

For instance, in a clear but well-hidden case of window dressing, the Finance Minister has stemmed appropriations from the Railways Pension Fund, which have the effect of leaving money to that extent available for utilisation in the rest of the budget for the Railways. Sources familiar with the requirements of the pension scheme in the Railways say that about ₹45,000-50,000 crore are annually required minimum for the payment of pension.

In 2019-20 only ₹20,708 crore was provided, — a shortfall of at least ₹30,000 crore. Last year the Finance Minister projected that appropriations to the extent of ₹53,160 crore would be made during 2020-21. Shockingly, however, only a paltry sum of ₹523 crore has been provided, according to the revised estimate.

The final footnote to the expenditure profile provides a hint of why this was done. The cryptic clue indicates that if these appropriations had been made to reflect the true picture, the Railways’ Operating Ratio would have been 114.19 per cent in 2019-20 (Actuals) and an even worse 131.49 per cent in 2020-21 (revised estimate), instead of 98.36 per cent and 96.96 per cent, respectively.

That kind of change means a world of a difference to the image of the Indian Railways because the Operating Ratio above 100 per cent indicates that it earned less than a rupee for every rupee it spent. That is, in 2020-21, effectively, the Indian Railways spent ₹131.49 for every ₹100 it earned! The footnote justifies that by claiming the adjustments have been made because of the “Covid related resource gap”. But this is a weak claim. How does one justify the shortfall in 2019-20, long before the pandemic?

Meanwhile, the pressure on the revenue front during the pandemic-hit year (2020-21) meant that total revenues realised by the Railways amounted to only to only ₹1.47 lakh crore (revised), instead of the budget estimate of ₹2.26 lakh crore — a shortfall of ₹78,000 crore, or fall by a whopping 35 per cent. This was of course understandable; the railways was after all operating at very low levels of capacity during the nationwide lockdown.

In these circumstances the “special loan” of ₹79,298 crore to the Railways from the general budget may appear normal and warranted. However, there is a catch. Another footnote to the accounts explains that the loan covers the “Covid related resource gap in 2020-21 and to liquidate (the) adverse balance in Public Account in 2019-20 to Pension Fund.”

So, there appears to be a deliberate — and massive — shortfall in the budget’s provisions for pensions in not just the current year but the previous year too. Since these are unavoidable and committed payments, these will be eventually be drawn from Railway finances even though the Finance Minister has made no provisions for such payments. The budget papers indicate that the extent of shortfall for the last two years amounts to at least ₹80,000 crore. This plus the “special loan” provided this year has given her additional room to the tune of about ₹1.60 lakh crore to paper the cracks in Railway finances.

The Finance Minister’s desperation is further in evidence, as revealed by another footnote. Between 2019-20 and 2021-22, it appears that the government has drawn ₹507.20 crore from the Nirbhaya Fund for its capital expenditures.

Desperate times may indeed call for desperate measures. It is indeed true that every budget has its share of window dressing, but the sheer audacity of the latest one beats all such previous attempts.