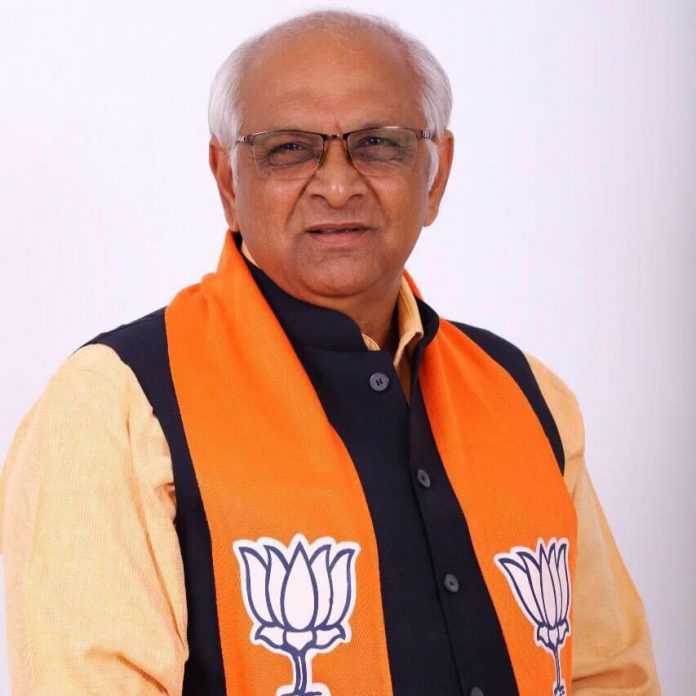 True to its recent tradition of surprising everyone, including its own members, with its choice of chief ministers, the BJP, on Sunday, named 59-year-old Bhupendra Patel as Gujarat’s top executive and the man who will take on from Vijay Rupani to lead the party into polls next year. Among the BJP’s junior-most legislators in the state, Patel is a first-time MLA from Ahmedabad’s Ghatlodiya constituency. He is also the first member of the cash-rich, electorally-influential Kadva Patel sub-caste of the overarching and politically formidable Patidar community to be made the state’s chief minister.

The firsts that Patel, an engineer by qualification, has to his credit make him an interesting choice. What is arguably even more fascinating about his surprise elevation are the multiple factors that Narendra Modi seems to have accounted for while giving his ‘blessing’ to the man who will now hold the office that the Prime Minister himself held for three consecutive terms before ascending to India’s premiership.

Despite the iron grip that Modi has held over his party in his home state since being paradropped as chief minister back in 2001 and even after becoming the prime minister in 2014, his seemingly monolithic party organisation has, in this period, had two rival factions; one led by Union home minister Amit Shah and the other by the current Uttar Pradesh Governor Anandiben Patel. Though both Shah and Anandiben Patel were trusted lieutenants of Modi, the two rarely saw eye to eye on any matter.

Sources in the BJP’s Gujarat unit concede that Anandiben, who was unceremoniously ousted as the state’s chief minister – a post she assumed after Modi moved from Gandhinagar to New Delhi – in 2016 over her alleged mishandling of the aggressive Patidar agitation led by Hardik Patel, continues to believe that it was Shah who had engineered the social unrest in the state to embarrass her politically.

“In the days leading to her exit as the chief minister, the rivalry between Amitbhai and Anandiben played out in full view of the party MLAs who had gathered to discuss probable candidates for the new chief minister. Anandiben was stridently backing Nitin Patel and made no secret of the fact that she felt the Patidar agitation and the widespread protests by Dalits and tribals in different parts of the state against brutalities by so-called upper caste Hindus was a conspiracy hatched within the party to push her out of office. Amitbhai also hit back and made it clear that her successor will not be her choice. That is how Vijay Rupani, then a first-term MLA and diehard loyalist of Amitbhai was made the chief minister,” a former BJP MLA, who was a minister in Anandiben Patel’s cabinet told The Federal.

Rupani, who belongs to the Jain community, which comprises only a tiny two per cent of the state’s electorate, continued as the Gujarat chief minister after the 2017 assembly polls despite the BJP registering its poorest electoral performance in the state in recent decades – bagging 99 of the state’s 182 seats against the rival Congress’s 77. Back then too, it was widely believed that Anandiben, who had not yet been rehabilitated by Modi with a gubernatorial posting, would prevail upon Modi to name Nitin Patel as the new chief minister, or at least deny Rupani a second term. However, Shah, once again ensured that Rupani continues in office despite the party witnessing a swift erosion in its vote share and winning tally under his chief ministership.

It was the 2017 Gujarat assembly elections that saw Bhupendra Patel entering the Gujarat assembly as a first time legislator from Ghatlodiya, the constituency earlier represented by Anandiben. Defeating Shashikant Patel, his nearest rival from the Congress, by over 1.17 lakh votes, Bhupendra Patel also had the highest victory margin among the newly elected BJP legislators. Over the next four years, while Anandiben moved from one Raj Bhavan to another, sources in Gujarat BJP say she maintained a key interest in the party’s politics in her home state. Meanwhile, Shah continued to grow in stature, emerging nationally as the Prime Minister’s alter ego who held sway on organisational matters even after demitting office of the BJP’s national president. The conflict between Shah and Anandiben on having a greater say in the Gujarat BJP continued too.

But where does Bhupendra Patel, the man under the spotlight now, figure in this Shah-Anandiben rivalry and what does his meteoric rise mean for the party in Modi’s home state? BJP insiders say the choice of Bhupendra Patel is, to borrow a favourite term of Delhi newsrooms, a ‘masterstroke’ by Modi because it salves several frayed nerves in the state’s politics in one fell swoop while also choosing a candidate  through rare consensus between the Shah-Anandiben rival camps.

“There is no doubt that Bhupendra Patel is a protégé of Anandiben,” says a senior Gujarat BJP leader, pointing out that in the brief speech that Bhupendra Patel delivered at the BJP state headquarters in Gandhinagar after the party declared him as the chief minister-designate, he made it a point to thank Anandiben “for always showering her blessing on him”. However, the Ghatlodiya MLA’s elevation, say BJP sources, can’t be dubbed as a victory for Anandiben against Shah.

“Yes, Bhupendrabhai is very close to her (Anandiben) but he has also begun to enjoy the trust of Amit Shah,” says a BJP leader. Sources say the suave and affable Ghatlodiya MLA has given Shah no reason to distrust him. “Ghatlodiya falls under the Gandhinagar Lok Sabha constituency. When Amit Shah contested his first Lok Sabha election from Gandhinagar in 2019, Bhupendra Patel left no stone unturned to ensure that Shah gets a massive lead from the Ghatlodiya assembly segment. He made sure that Shah knew of his hard work in the campaign. After the 2019 victory, he kept up excellent terms with Shah,” says the leader.

BJP leaders in Gujarat maintain that under the present circumstances, it is impossible for Modi to entrust the state’s chief ministership to anyone who doesn’t have Shah’s stamp of approval and so, though Bhupendra Patel may not have originally been a Shah acolyte, he seems to have certainly earned the Union home minister’s trust.

That the 59-year-old belongs to the Kadva Patel sub-caste is the other major factor in his elevation. Unlike the numerically stronger Leuva Patels of Gujarat, the Kadva Patels are financially more dominant in the state’s politics even though none from this sub-group have held the chief minister’s chair in the past (Anandiben is a Leuva Patel married to a Kadva Patel; a winning political combination in Gujarat). Hardik Patel, who led the Patidar Andolan against the Anandiben government and is now working president of the Congress, is also a Kadva Patel. However, unlike the evidently brusque and aggressive Hardik, Bhupendra Patel is suave, urbane and polite to a fault. By choosing Bhupendra Patel as the new chief minister, the BJP hopes to reach out afresh to the Patidar community and strike a rapprochement with the vote bank that had helped the saffron party come to power in the state in 1995 and stay in government ever since. The 2017 elections, fought in the backdrop of the Patidar Andolan, and with Hardik calling on his community to defeat the BJP, the Patidar vote had split between the BJP and the Congress, allowing the latter to make heavy gains while the saffron tally dipped.

Now, with Hardik getting frustrated of the Congress’s dilly-dallying over giving him a greater say in the organisation – he wants to be elevated as the Pradesh Congress chief – and the Patidar Andolan losing a lot of its momentum, while the Aam Aadmi Party also tries to woo the same community largely in areas where the Congress had gained, the BJP hopes Bhupendra Patel’s elevation could swing the Patidars back in the BJP’s fold. For the BJP, Bhupendra Patel’s deep involvement in nearly a dozen Patidar organisations of the state – he is also a top functionary of Vishwa Umiya Foundation and Sardardham, two of the most socially influential organisations of the Patidars – is an added asset.

By banking on a first-term MLA, who belongs to a dominant electoral vote bank and is known for his clean image and easy accessibility, the BJP is also hoping to undo the electoral damage that the anti-incumbency against Rupani may have caused the party in next year’s assembly polls. As for the minor hurdle of managing caste equations ahead of the assembly polls that may arise by naming a Patidar instead of a formidable OBC leader as chief minister are concerned, the BJP is likely to pacify sulking communities by naming deputy chief ministers from among the OBC or other crucial sections and liberally granting important cabinet berths to them This is more a cipher for the BJP central leadership to solve than for Bhupendra Patel, who is expected to happily sign the list of ministers expected to join his cabinet.

Besides, the CM-designate poses no threat to the Modi-Shah axis in the BJP – a pre-requisite for quick promotions in the party that has, frequently in the past seven years, chosen multiple chief ministers across states, not for their electoral and political heft or administrative experience, but precisely for the lack of it. Haryana’s ML Khattar, Uttarakhand’s Trivendra Rawat, Tirath Singh Rawat and now PS Dhami, Tripura’s Biplab Deb, Himachal’s Jairam Thakur or even Vijay Rupani may have plenty of tips to offer to Bhupendra Patel as he prepares to take oath.