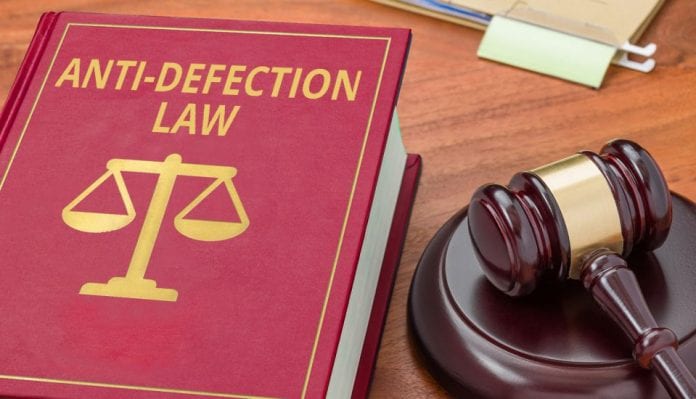 Constitution prohibits ‘defections’ but politics of convenience and deception facilitate them. Defections are no more a pre-election phenomenon as politicians are adopting them as a part of their strategies to remove or weaken the opposition.

Recently, two legislators along with 60 councillors from the ruling Trinamool Congress in West Bengal joined the BJP. This was described as ‘the first open-attempt the re-invigorated BJP took to break-through the ranks of a ruling party’. The Prime Minister in one of the election rallies in Bengal said that 40 (TMC) MLAs were in touch with the BJP and were ready to defect after the polls.

Critics say that even the TMC leader Mamata Banerjee too used the same strategy to break the CPI(M) and the Congress. It appears that the post-poll exodus of representatives in urban bodies had the blessings of BJP national leadership as the defectors were welcomed in the Delhi Head Quarters in the presence of Mukul Roy, former lieutenant of Mamata Banerjee who abandoned her to help build the BJP in the state.

The fragile JDS-Congress coalition in Karnataka is struggling to retain power by addressing dissent and dissatisfaction among its members as it apprehends that at least 10 MLAs were ready to flee to the BJP after its debacle in the Lok Sabha polls. Media reported that eight Congress and two JD(s) MLAs may resign and reduce the government to a minority.

Law does not prohibit defections but says individual members would incur a disqualification on defection. A member would lose his\her seat from the House in two cases- first, when there is a voluntary giving up of membership of the party and second, when he votes (or abstains from voting) contrary to the directive issued by the party.

The Supreme Court explained in the Ravi Naik vs Union of India case: “…. Even in the absence of a formal resignation from membership an inference can be drawn from the conduct of a member that he has voluntarily given up his membership of the political party to which he belongs”.

In the case of the two JD(U) MPs who were disqualified from the Rajya Sabha in 2017, they were deemed to have ‘voluntarily given up their membership’ by engaging in anti-party activities which included criticizing the party on public forums on multiple occasions, and attending rallies organised by opposition parties in Bihar.

The decision came within a couple of months by the Chairman of Rajya Sabha, (Vice President M Venkaiah Naidu). Those two MPs originally belonged to the JD(U), which had a pre-electoral alliance with RJD, but opposed to the decision of JD(U) to dump its ally and join the rival BJP to form a new alliance subverting the people’s consent to the pre-electoral alliance. This exposed a serious defect in the anti-defection law.

It is clear that the Speakers and Chairmen of Councils will serve their political parties sincerely and act if only their actions suit their outfits. If not, they deliberately sit over disqualification petitions. This political bias cannot lead to any legal action.

The law of defections has three inherent defects which renders it weak against the strong strategies of ruling parties. First and foremost, there is no clarity on the definition of Legislature party-whether it includes members of both the Rajya Sabha and the Lok Sabha in Delhi or members of Council and Assembly at the state level.

Second- what if a partner of a pre-election alliance ditches it and joins another party?

Thirdly, there is no time limit for the Speakers or Chairpersons to act on disqualification petitions, which makes these high Constitutional office-holders to sit over the petitions to make them futile and help the ruling party’s interests.

This obnoxious defect in the anti-defection law allows parties to judge “wrong” as “right.”

In a recent judgment the Supreme Court has said, “It is a constitutional sin to defect. If defection has taken place, they pay for their sin by getting disqualified. This is an inexorable process of law. If that is so, which party is not a sinner?”

Therefore, it can safely be assumed that the following nine reasons has led to the failure of anti-defection law.