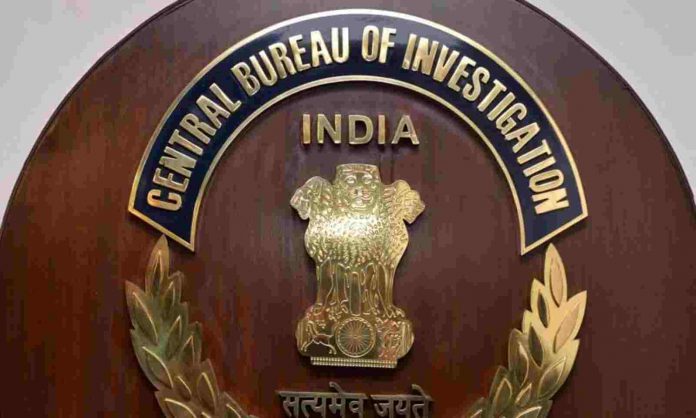 The Centre can now extend the tenures of the Directors of the CBI and ED for up to five years, from the current two years. (Representational image)

President Ram Nath Kovind recently promulgated two ordinances that allow the Union government to extend the tenures of the Directors of the Central Bureau of Investigation (CBI) and the Enforcement Directorate (ED) for up to five years, from the current two years.

The amendments to the Delhi Special Police Establishment (DSPE) Act and The Central Vigilance Commission (CVC) Act allow the chiefs of ED and CBI — the nation’s nodal organisations entrusted with fighting corruption, money laundering and other serious crimes — to get three one-year extensions after the completion of their two-year tenures. While the DSPE Act governs the CBI, the CVC Act governs the ED.

The two ordinances raised hackles at various levels. For one, the bureaucracy is unhappy with the extended tenure for the top posts, since that would hamper their promotion prospects. For another, anti-corruption crusaders rue that law enforcement bodies, already seen as puppets of the government, will become even more so, since their chiefs will feel indebted to their political masters.

Legal and political experts also point to the worrying trend of the NDA government resorting to ordinances as a short-cut to operationalise their agenda.

Journalist Vineet Narain, the petitioner in the landmark 1997 Jain Hawala case that resulted in structural changes in the CBI, has expressed disappointment over the latest development. There would hardly be any autonomy left, he pointed out.

“Any investigative agency can never be 100% independent; they are always puppets in the hands of the government,” Narain was quoted as saying. “But there was an effort by some of us to make sure that some autonomy was granted to the institution and we were able to achieve this with the help of the Supreme Court. But gradually it is feeling that we are back to square one and there is total control with the government. There is hardly any autonomy left.”

It was following a case filed by Narain that the Supreme Court fixed a minimum tenure of two years from the date of appointment for CBI and ED directors. Narain argued that this would make sure that the CBI or ED head is not suddenly shifted out of his/her post while handling a sensitive case. They would be able to work sans any fear of governmental pressure.

While the court did fix two years as the minimum tenure, it was also maintained as the maximum tenure.

Opposition parties argue that the amendments give the Union government more ammunition to target its opponents. “This ordinance is illegal, it contradicts the Supreme Court’s Jain Hawala case verdict in which it announced the CBI, ED director’s tenure as two years so that the government at the Centre didn’t force the two agencies into any wrongdoing,” Congress leader Manish Tewari was quoted as saying.

“This ordinance is a message to officers that if we (Centre) have appointed you and if you keep working as per our orders, keep harassing the Opposition, your tenure will be increased year after year. All parties should approach SC jointly on it,” he added.

However, some administrative experts said that a longer term could give the ED and CBI chiefs greater leeway, helping them pursue sensitive cases to their logical conclusion — the US’ Federal Bureau of Investigation (FBI) does give its head a 10-year tenure.

Yet, if this was the Union government’s intent, it could have fixed the tenure at five years, rather than give itself the right to grant yearly extensions, they pointed out. The yearly grant could just be a bait to get the enforcement bodies to toe their line, they observed.

Term for Sanjay Mishra, and its consequences

The ordinances raised numerous eyebrows, coming as they did just before the end of the extended tenure of ED Director Sanjay Kumar Mishra. After three years in the post, he was supposed to retire on November 19.

While Mishra’s extension may seem the immediate consequence, the ordinance paves the way for similar appointments in the future, too. In the Jain Hawala case judgment, the Supreme Court said the CBI Director should be appointed by the government on the recommendations of a panel led headed by the Central Vigilance Commissioner, with the Home Secretary and the Secretary in the Department of Personnel as members. Further, the panel should seek opinion from the incumbent CBI chief.

Such a robust process is meant to ensure the best talent makes it to the top post. The candidates are typically in their late 50s, with excellent work records. A standardised term for the top post made sure the succession process was uniform and fully above board. Now that the term is flexible — from two to five years — it is entirely in the government’s hands, and bureaucrats fear their careers prospects may get diminished.

The amendments to the DSPE and CVC Acts, brought about through ordinances, are seen as yet another example of the NDA government paying little heed to parliamentary procedure. Since 2014, nearly 80 pieces of legislation have been pushed via ordinance. The ‘quicker’ route skirts around the need to table a Bill in Parliament and allow the Opposition to debate it.

The ordinances need to be cleared by Parliament in the subsequent session, but by then it’s already implemented in practice.

Apart from the latest DSPE and CVC Acts, controversial laws introduced via ordinances by the NDA government include the three agriculture laws that have farmers protesting for more than a year now. Similarly, the Banking Regulation (Amendment) Ordinance was introduced in response to the Punjab and Maharashtra Cooperative Bank scam even though Parliament was in session during the time in between. It could well have been tabled as a Bill, said Opposition parties.