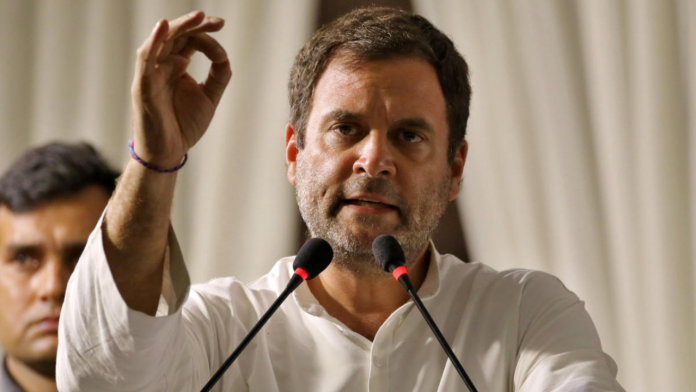 The Congress, in its 2019 election manifesto, introduced the concept of Nyay, or Universal Basic Income, a concept pushed by Raghuram Rajan, former governor of the Reserve Bank of India. It did not get any traction with the electorate as the Congress lost badly as a nationalistic wave swept the country  after the Pulwama attack. Rahul Gandhi, however, is persisting with the concept and built the campaign in Kerala in this election around Nyay.

Economists are divided on this notion as this grand welfare project slowly gains traction in advanced nations, where the gap between rich and the poor is widening, as elsewhere in poor countries as well. In the US this concept of UBI consisting of $1,000 monthly payouts through the year is being touted as a big equaliser in terms of  the rich vs poor debate. There, too, like in India, economists are divided. It is a right vs left economic debate. The basic questions are: Can the State afford it? And what problems of poverty or joblessness will it solve.

Economist Andrew Yang, who is touted as a possible mayor of New York, is a strong advocate of the $1,000 scheme, arguing that this is the only way as industry moves towards rapid automation. However, Nobel Prize-winning economist Paul Krugman, also a columnist of The New York Times, has argued that the US will not be able to bear the cost without huge fiscal issues cropping up and in any case it is not going to solve much problems.

Krugman has argued that the annual $12,000 payout to every eligible American citizen would cost over $3 trillion (a trillion more than India’s GDP) every year and will have to be financed by huge taxation, which America may not be able to afford. Krugman also argues that huge job loss is a myth and that since 2005 there hasn’t been much rapid robotisation of industries. He also says the $1,000 cheque is measly since the average American workers earns the same in one week.

Do the same rules apply to India and will the Nyay system work or catch on? Well, the average Indian worker  or informal sector labourer earns a thousand dollars in six months, if he/she is lucky. So any help, even a small cheque of ₹5,000 a month for six months will be a big help. India already has enough data on how such payouts will work. The already existing MGNREGA, which has been allocated ₹61,000 crore this fiscal, benefits over five crore (50 million) poorest of the poor families. This scheme has resulted in rural spends increasing manifold, which, in turn, has helped many small and medium companies, apart from FMCG biggies.

The Congress has promised that if it comes to power in Kerala, Nyay will be rolled out in the state. The national budget of the Nyay scheme is over ₹3.5 lakh crore, almost six times the MGNREGA budget. How a Congress government in Kerala will implement the scheme, which will cost between ₹2,000 and ₹3,000 crore, without central support is not clear. Such large welfare schemes need central backing. Kerala already gives meagre pensions to the poor but Nyay can subsume those schemes and make it a universal pension scheme for the entire state.

The overall cost of Nyay is about 1 per cent of the GDP, so economists like Rajan say it can easily be funded. Former Kerala Planning Commission member G Vijayaraghavan says that it is doable but property taxes have to be increased along with tax collections.

Another issue to look at is how poor people spend the money. Some of it goes towards aspirational buying, including old TV sets, mobile phones, etc, but a substantial amount goes towards consumer goods. The MGNREGA spending pattern is likely to be replicated and so part of the money will come back to the government as GST collection. But Kerala spends more than 60 per cent of its revenue on pay and pensions and so more revenue has to be generated.

Mind you, Kerala’s poor spends heavily on lottery tickets, which is actually an indirect tax collected by the government. Malayalis spend ₹12,000 crore on lottery tickets while putting just ₹17,000 crore in the bank as FDs. So a substantial part of the lottery fund can be used for the scheme. Britain funds the BBC and other organisations through the national lottery.

The basic difference between implementing a UBI scheme in the US and in India is that here it is affordable and for the poor, ₹6,000 or ₹7,000 a month can be the difference between poverty and decent sustenance. It will also serve as a safety net in case of job loss.

Also read: Five ways to understand which way the Kerala elections will go

At a time when the gap between the rich and the poor is widening, a redistribution of wealth is necessary. Kerala’s population is 35 million, or 3.5 crore. Such a scheme will directly benefit the poorest 5 million. It will not be too expensive with part or whole of the lottery earnings getting ploughed back and other schemes getting subsumed into a larger UBI.