Vehicle manufacturers in India have been witnessing more and more no-production days as fewer people are buying cars and bikes.

Sales of trucks and tractors have been hit significantly, and the real estate sector is in the throes of a severe slowdown. Industrial activity has been sluggish and now, even the services sector is feeling the pinch. Amid all the indicators of a severe slowdown, added problems have cropped up as the sales of a humble glucose biscuit have also begun going downhill.

Parle-G, the biscuit brand which has been around since India’s pre-independence period, is the world’s highest selling biscuit, and almost half of its sales are in India’s rural markets. So when Parle-G sounded the alarm about falling sales a few days back, economists and biscuit enthusiasts sat up and took notice. The biscuit manufacturer, which sells biscuits in packs of four priced at ₹5, has raised the red flag by saying that slowing sales may compel it to lay off 10,000 workers.

Mayank Shah, category head of Parle Products has sought a reduction of Goods and Services Tax (GST) on biscuits, since falling sales of the ₹5 pack would otherwise compel the company to slash about 10% of its one lakh workforce. GST on biscuits was hiked to 18% from 12% earlier, compelling biscuit makers to hike prices. This has also affected demand.

While some market watchers have pointed out that the distress in Parle-G may be merely a deliberate attempt by the company to seek a lower GST rate, there is no denying the fact that the biscuit industry is slowing down. 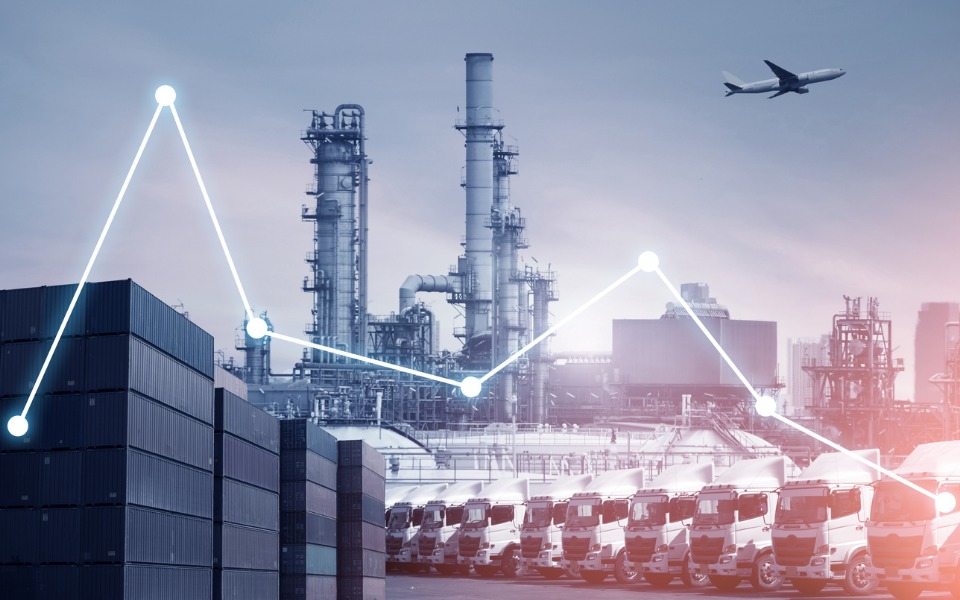 Analysts point out that Parle-G sales are going down because of the slowdown, which was till now visible only in urban markets, and has now reached India’s hinterland. People may not buy new cars or houses, may postpone non-essential purchases, but when they try and avoid buying the humble glucose biscuits, it is clear that the economy is in a tailspin.

Analysts at brokerage Elara said in a note, “In a major reversal in growth trends witnessed in the rural and urban areas, 1QFY20 (April-June 2019) has seen a significant softening of growth trends in rural, which is dampening overall fast-moving consumer goods (FMCG) industry growth in 1QFY20 on account of market slowdown and decreased demand. Over the past two years, rural growth rates were nearly double of those in urban areas, which have moderated to about 1x in 1QFY20.”

The analysts went on to say that the drop in demand from the rural sector has been observed in essential goods such as packaged flour, refined oils, and spices, and in the impulse category (impulse goods are goods people buy without planning to do so) with regard to chocolates, biscuits and confectionery. Rural India is spending less on packaged food items such as biscuits, confectionery, and spices.

Adding to the woes is an increase in the prices of these products led by food inflation, thereby making it more difficult to sell them. “Since Parle-G has much higher salience in rural markets (50% of sales) than Britannia (22% of sales), their market share gap widened in 4QFY19 and will continue to do so in 1QFY20 as well.”

Not just Parle, even Britannia Industries (which has a larger urban presence in categories like biscuits) has sounded caution over tepid growth in this category. Britannia’s managing director Varun Berry said, “We are one-third of the market and we have gained almost 1.3 share points, and we have grown only 6%. So, obviously, the market is growing slower than that. So, that’s a little bit of a worry because if the consumer is thinking twice before buying an ₹5 product, then obviously there is some serious issue in the economy…. I don’t think the NBFCs and all of that affects sale of an ₹5 biscuit. What affects a sale of an ₹5 biscuit is what the consumer feels about where they are at.”

So what is being done to boost economic activity, especially now that the slowdown has reached the hinterland? An analyst at SBI said in a note that there were three issues which need an answer from policy makers: reasons for the current demand slowdown, whether the current slowdown is structural or cyclical, and whether banks have stopped lending and are hence causing demand disruptions.

“Managements attributed the deceleration in demand to slower rural income growth, disruption due to general elections, liquidity constraints for the channel and a tougher base for GST-led market share gains for organized players. We expect the trend to continue for at least the next two quarters as benefits of any government measures to revive rural demand will take time to reflect in demand, and we expect a growth in sales recovery from 4QFY20E,” the GST analysts said.

Meanwhile, Reserve Bank of India (RBI) Governor Shaktikanta Das has pointed out that there exist multiple indications of a slowdown and that now, it is not just affecting manufacturing but also the service sector. A deepening slowdown is worrying everyone, and members of the RBI’s Monetary Policy Committee (MPC) seem concerned.

In the minutes of the MPC meeting – which was held earlier this month and resulted in a third successive rate cut – one member Ravindra H Dholakia wanted a higher cut than the 35 basis points announced by the central bank this time. The RBI has been slashing lending rates to boost economic activity but banks have not been able to pass on the full benefit of these cuts.

The monetary policy panel noted that, since the last policy, domestic economic activity continues to be weak, with the global slowdown and escalating trade tensions posing risks. Private consumption – the mainstay of aggregate demand – and investment activity remain sluggish.

Even as past rate cuts are being gradually transmitted to the real economy, the harmless inflation outlook provides room for policy action to close the negative output gap. It also helps address growth concerns by boosting aggregate demand, especially private investment.

As policy makers remain indecisive about whether to offer sector-specific stimulus packages or adopt other means to help the Indian industry and consumers battle with the widening slowdown, perhaps a further decline in sentiment and sales cannot be ruled out, at least for the short term.