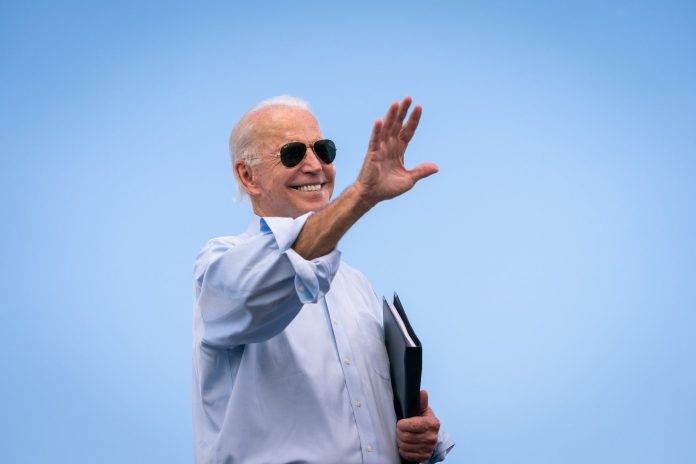 Joe Biden is seen to have done well in handling the coronavirus crisis; the economy has been showing signs of steady recovery; legislatively too there has been progress | File Photo

Presidential and congressional politics in the United States do not have the luxury of taking breaks; and in the case of the occupant in the White House, he has the extra burden of “carrying” the party in midterm elections. November 8, 2022, is going to be no different for Joseph Biden, who can either hold on to the slim majorities in the hallways of Congress or see the Grand Old Party take away the House of Representatives, Senate or both – and in the process make the reminder of the first term quite miserable by way of legislative gridlock.

A total of 469 seats are up for grabs — all 435 in the House and 34 in the Senate – in November and the challenge faced by Biden and the Democrats is quite clear: in 2020 Democrats picked up three Senate seats but lost ten in the House; and in 2022, 14 Senate seats held by Democrats and 20 by Republicans are being contested. The small grace is that the Democrats are not facing contests in open seats, unlike the GOP, where five Republican incumbents have announced that they will not be seeking re-election. In 2016, when 34 seats were in play, two changed hands and both went to Democrats.

The presidential election of 2020 showed, to an extent, that customary and traditional thinking in politics need not always hold good — for instance, for a person to enter the White House he should have won the state of Ohio; Donald Trump won Ohio handily but still lost the election, irrespective of what he or his ardent supporters may be dishing out.

Likewise for Biden, he has to keep in mind the saying that a president’s party loses in the first midterm election. Statistics show that since the time of Franklin Roosevelt’s election in 1932, the party of the president has lost House seats in 19 out of 22 midterm elections and Senate seats in 15.

Statistics show voter surge in 2016, 2018 and 2020, with 91 million voting Democrat in one of the last three elections, as opposed to 82 million for the Republicans. In fact, some are stressing that if the leadership in the Red States are rushing through a raft of restrictive voting legislations in the name of making the process fool-proof, it has to do with the realisation that a higher voter turnout benefits the Democrats. Along with this there has also been the observation that manipulative voter re-districting, known as gerrymandering, is being done with an eye on 2022. What should make the GOP breathe a little easier is that the young, who voted for Biden, are seen as less likely to come out for the midterm polls.

Optimists amongst the Democrats are of the view that Biden will buck the historical trend and come out well in the November 2022 showdown. Six months since taking office, Biden, the argument goes, has done well in handling the coronavirus, with infections and deaths way down from the peaks of 2020; the economy has been showing signs of steady recovery, and legislatively too there has been progress, although not along the expected lines. And Biden’s approval rating has remained steady at 55 per cent since the time he came to office.

Also read: Endgame in Afghanistan rattles everyone in the region and beyond

To some extent the outcome of 2022 will also depend on what Trump has up his sleeve. Aside from occasional ramblings about a “cheated” election, the former president has given no indication of the extent to which he is going to involve himself in GOP politics, especially in the making and unmaking of candidates. One part of the GOP wants him completely out of the way and nothing to do with his ludicrous theories and conspiracies; but the core group of Trump loyalists still continues to rehash worn out rhetorics. And there are hardline Republicans who are looking at the fact that some 74 million Americans voted for him; and the enormous cash pile that can be raked up ahead of an election.

Democrats are also aware that the GOP can and will play hardball till election time 2022, not just legislatively but in trying to counter every idea that is being put forth. Whether it has to do with infrastructure, immigration, child and health care or education, Biden is also having to face a lot of heat from his own progressives, which makes the job even more challenging. The outcome of the November 2022 election will be critical not only for the Democratic Party but also in the way individuals of both parties shape their futures for 2024 and beyond.

A former senior journalist in Washington, DC, covering North America and the United Nations, the writer is currently a Professor of Journalism and Mass Communication in  the College of Science and Humanities at SRM Institute of Science and Technology, Chennai.