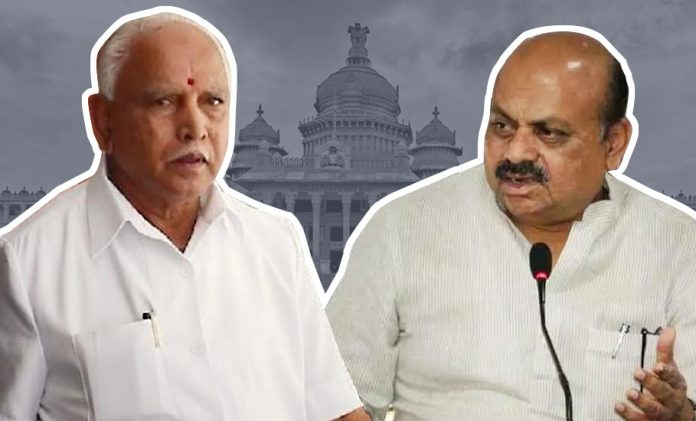 By anointing Basavaraj Bommai as the chief ministerial successor to B.S. Yediyurappa, the BJP leadership has opted to play it safe politically, and not disturb the status quo, considering that the Karnataka assembly elections are due just two years away.

As usual, the party’s top brass comprising Prime Minister Narendra Modi, Home Minister Amit Shah, and BJP president J.P. Nadda, did the unexpected by picking Bommai, who lagged behind others in the high-stakes race like the perceived front-runner, Union Minister Pralhad Joshi.

There were several options before the party leadership. A widely speculated possibility was for a successor who would be a hardcore Hindutva proponent and from the RSS stable.  However, Bommai, who originally was in the Janata Dal (United), fulfils neither requirement. He is not known for a rabid pro-Hindutva position and was not politically active until he joined the Janata Dal in 1998.

What appears to have made him the winner in the race for the top post was the Lingayat caste he belongs to, his proximity to outgoing chief minister B.S. Yediyurappa and as a leader who has not been involved in any controversy until now.

Bommai’s choice as chief minister was apparently with the concurrence of Yediyurappa who seemed satisfied with the decision as both have had a friendly association so far. Bommai, in fact, was chosen by Yediyurappa as a minister for the first time when he won the 2008 Assembly election on a BJP ticket.

Contrary to politicians like Uttar Pradesh’s Yogi Adityanath and Assam’s Himanta Biswa Sharma, considered rabid pro-Hindutva and politically headstrong, Bommai is the antithesis of an “in your face” leader. For those who have seen Bommai’s track record in politics, he has generally come across as self-effacing and as someone who is not the rebellious or even the defiant type.

The BJP seems to have decided to go in for caution as Karnataka is the only state in the south where it has been in power and from where the party hopes to spread its tentacles to the neighbouring states.

Given that Yediyurappa is a known fighter who has in the past shown that he will go to any extent including breaking the party to protect his turf, the BJP would not have wanted his removal to result in its implosion by going in for more brash contenders like C.T. Ravi,  the national general secretary.

Bommai apparently told Yediyurappa he would not do anything that would go against the interests of the outgoing chief minister or his controversial son B.Y. Vijayendra. To make it clear where his loyalties lay, Bommai bent down and touched the feet of Yediyurappa publicly, moments after his name was officially announced at the BJP legislature party meeting on Tuesday.

Interestingly, both the BJP and the Congress have had to rely on the services of ex-Janata Dal politicians to serve their interests. If for the Congress, it was Siddaramaiah who defected from the JD (Secular), for the BJP it is Bommai who is originally from the JD (United).

Bommai’s father,  S.R. Bommai, was briefly the chief minister of Karnataka in 1988-89 and is often quoted in the famous Bommai judgment which deals with political parties having to prove their strength on the floor of the legislature.

Though Yediyurappa faced dissidence right through his latest term lasting two years, after he became chief minister by breaking the Congress-JD(S) coalition, the BJP central leadership let it fester for long.

Eventually, when it became clear that his continuance was damaging the party’s image, the leadership acted. It had to take into account the deep links that Yediyurappa had forged with the powerful Lingayat mathas and his reputation as the top leader of that community in north Karnataka.

In the past, the Congress had antagonised the dominant Lingayat community by unceremoniously ousting veteran Lingayat chief minister Veerendra Patil. The then prime minister Rajiv Gandhi, in 1990, arriving in Bangalore, announced to waiting reporters that Patil was being replaced. This was seen as an affront by the community. Though other events occurred later that deepened the gulf between the Lingayats from the Congress, the ouster of Patil was the beginning of growing alienation between the party and the community.

The irony was that Patil had suffered a paralytic stroke and it became untenable for him to continue. He would have had to go anyway, but an inexperienced Gandhi did it most inappropriately and the party has had to pay a long-lasting price for that goof up.

Similarly, Yediyurappa was getting older at 78 and according to several reports he was struggling with a variety of age-related ailments. The BJP did not want to repeat Congress’s mistake by antagonising him and losing Lingayat goodwill.

At the same time,  the BJP leadership wanted him out, and chose to do it cautiously, without appearing to go for a drastic change, like appointing a non-Lingayat in his place.

If there was an option,  the BJP could have continued with Yediyurappa but it was losing control on the ground.  He was managing the administration with the help of his younger son Vijayendra, which meant senior party legislators had to deal with the junior Yediyurappa on important matters. This gave rise to resentment as the son was seen as an upstart, affecting the self-esteem of seniors in the party.

Yediyurappa’s act in fulfilling his promise by offering ministries to most of the defectors from the Congress-JD(S) coalition too added to the disappointment of aspirants from within the BJP.

It would be interesting to see how incoming chief minister Bommai handles this ticklish issue. Politically, it is a Catch-22 situation as ignoring the defectors could mean trouble for the party while accommodating them will mean the resurfacing of dissidence from BJP loyalists.

Bommai fulfils another requirement for party leadership. For the first time since the BJP came to power on its own in Karnataka in 2008,  there is an individual at the helm who will do the bidding of the high command in Delhi.  Despite coming from a non-Sangh Parivar background, the RSS may have decided to play a waiting game before asserting itself as its next goal would be to win the 2023 elections.

So far,  the BJP has never crossed the simple majority mark of 113 on its own strength in the state. By having a pliant Lingayat chief minister in Bommai, the party leadership’s calculation is that the vote base in north Karnataka is kept happy. And, during the election, the party can go ahead with its strategies without any hurdles.

Whether Bommai, who is just 61-years old, will last for long at the top or will be used as a midwife to deliver a victory for the BJP is the next moot question.