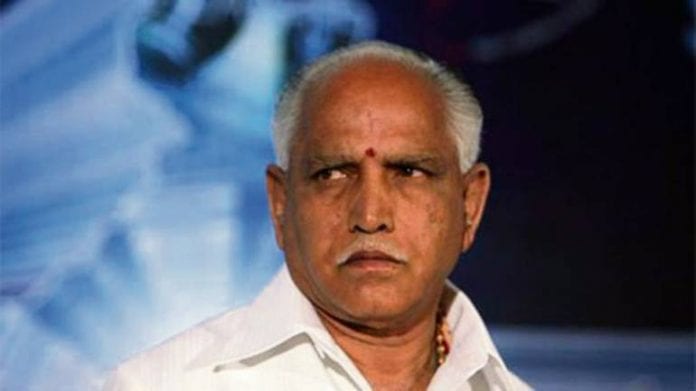 It is becoming increasingly clear that the Bharatiya Janata Party (BJP) is preparing for a life sans B S Yediyurappa, their mascot for decades, in Karnataka. The evidence lies in a rash of recent decisions his government has taken which he may not have endorsed if he was truly the monarch of all he surveys.

Most of these decisions have to do with the farm sector and land, and have far-reaching implications.

Take for instance the move to do away with restrictions on purchasing agricultural land. Amendments have been proposed by the Cabinet to Section 79(A) which bars those with an annual income exceeding ₹25 lakh from buying farmland even if they are farmers. The other change proposed is to Section 79(B) allowing non-agriculturists to own farmland.

Yediyurappa has built his long career on the back of the battles he has waged for the welfare of farmers. Arguably, he has been the tallest leader in the BJP in the only state in the South where the party has tasted power. He has always worn his concern for farmers on his sleeve so much that he even took oath of office in their name.

Given his pro-farmer image, it would be difficult for him to defend these moves, especially at the time of elections. While Assembly elections in the state are still three years away, the BJP is trying to build a narrative that these moves will help farmers get remunerative prices for their lands should they sell them.

On the other hand, many farmers’ organisations and the Opposition parties argue that the amendments will only empower land sharks who have managed to acquire agricultural land by subverting the law all these years resulting in thousands of pending cases of litigation. They fear that all the loot will get legalised since the repeal of the relevant sections in the law would have retrospective effect.

Farmers’ associations have held protests although they have not gained momentum because of the COVID-19 situation. The first big test for Yediyurappa and the BJP will be when the legislature meets to discuss the amendments. The Congress and the Janata Dal (Secular) have been presented with a potent, emotive issue to pillory the government.

The proposed amendments to the Land Reforms Act apart, the BJP government also brought in changes to the Agricultural Produce Marketing Committee Act by an ordinance in May this year. That decision was controversial too. Post the changes to the Act, farmers are not required to compulsorily sell their produce at the APMC markets but can sell to private players as well.

Another ‘reform’ measure to attract investments in the industrial sector is the amendment to Section 109 of the Karnataka Land Reforms Act allowing for easier purchase and conversion for industrial use.

It is not that the State unit of the BJP has not realised the political implications of these measures pushed through under the cover of the Covid-19 pandemic. But there is confusion in its ranks on how to defend the changes. Their only argument now is that the changes will help farmers realise better prices for their land.

The BJP seems to have resigned itself to weathering the storm the “anti-farmer decisions” could unleash when the state goes to polls in 2023. While it is not clear what its line of defence will be, fighting those elections under Yediyurappa’s charge is certainly not in the scheme of things as that could prove disastrous given his image of a farmers’ leader.

It would be suicidal for the party to project him as the leader when all that he has stood for has been undone by recent decisions. After all, Yediyurappa had prided himself as the only chief minister in the country to have presented an exclusive budget for agriculture in March this year.

The revolutionary land reform laws in Karnataka were the brainchild of the late Congress stalwart D Devaraj Urs who introduced ceilings on land ownership in the 1970s and limited the ownership of farmland to cultivators. The BJP is seeking to erase his legacy.

In any case, Yediyurappa, who turned 77, is past the age limit set by his party to hold government office. It is highly unlikely that the party will look up to him to continue to lead it after the current Assembly term ends. He took office as chief minister for the fourth time in 2019 in rather shameful circumstances with his party being accused of engineering resignations of Congress MLAs to unseat the JD(S)-Congress government.

The BJP’s central leadership, whose signature is written all over these decisions, has already done a lot to undermine his authority by creating alternative power centres with the appointment of three deputy chief ministers.

Although Yediyurappa did a reasonably good job in managing the COVID-19 crisis for the first couple of months, he appears to have lost the edge, unable to rein in his ministers who are engaging in their own battles for supremacy. The pandemic is raging in the state and Bengaluru recording four-figure daily positive cases frequently has become a hotspot.