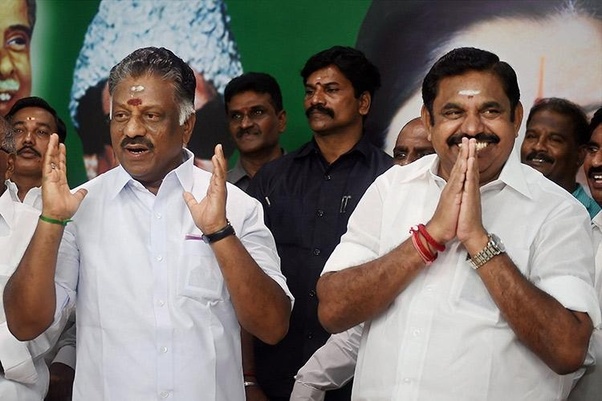 It is ironic that the ruling AIADMK had announced that Edappadi K Palaniswami would be the chief ministerial candidate of the AIADMK-led front but none of its allies have so far endorsed it.

While the BJP’s senior leader Pon Radhakrishnan, former Union minister, has said the party had not taken any decision yet on the 2021 Assembly polls and refused to state that the AIADMK will head the alliance in Tamil Nadu, the main allies – PMK and DMDK – have not commented on the development. So far, they have not endorsed EPS candidature.

This is bad news for the AIADMK. It will have to rework its strategy, given the ambitions of its allies. If anything, the allies too, will use the discussions on the CM candidature to extract their pound of flesh from EPS just as deputy chief minister O Panneerselvam has done. OPS has succeeded in getting 50 per cent share of the Steering Committee, though he commanded only about ten percent following in the AIADMK legislature party. Similar Shylockian tactics may be adopted by the allies, even if they concede the CM post to the AIADMK.

The Pattali Makkal Katchi (PMK) has always been a tough nut to crack during negotiations for an alliance. In the past, both the AIADMK and the DMK had to concede many more seats to the PMK than they had wished for. In addition, a new threat comes in the wake of the chief ministerial ambitions of PMK leader Anbumani Ramadoss, son of the party founder Dr Ramadoss. Though the PMK could not create an impact in the 2016 polls despite a big thrust by Anbumani projecting himself as the CM candidate, the party believes that it will do much better in 2021 given the absence of DMK president M Karunanidhi and AIADMK leader J Jayalalithaa. A year ago, the PMK indicated that it had not abandoned the attempt, and that it could lead a front in 2021, projecting Anbumani.

With several by-elections held to the State Assembly in the last two years in its Vanniar strongholds, the PMK missed a trick by not demanding a few seats then. Thus, it has to start the negotiations, if any, from the level of zero.

The level of antagonism shown by the PMK towards the DMK in the 2019 Lok Sabha elections was surprising. In general, Dr Ramadoss would hold talks with both sides to get a better bargain for his party. This time, having embarked upon a trail of bitterness towards the DMK, the PMK has closed several of its options and limited the scope of its bargaining power. It could at best decide to go on its own to allow Anbumani another crack at the CM post. However, it is clear that PMK would not agree to back EPS as the CM candidate if the party does not get seats to its liking.

The DMDK too has refrained from making a public comment on the AIADMK decision to project EPS as the CM candidate. DMDK leader Vijayakanth is himself keen on the post of chief minister and has been striving for the same right from 2006. In 2011, he opted for an alliance with the AIADMK, which ended up as a disaster as several of his MLAs were bought over by the AIADMK, and his party was reduced to a ramp. In 2016, though he headed a six-party front as its chief ministerial candidate, he and the front could not win a single seat. Ill-health has dogged him in the last few years, and he has been in and out of the hospital, indicating that his health may not permit an intensive campaign by him across the state. His party too has to start from zero during negotiations.

The Tamil Maanila Congress may back the AIADMK’s decision as it is a beneficiary of a Rajya Sabha seat for its president G K Vasan. However, the TMC is only a minor player.

Related news: AIADMK may have declared EPS its CM nominee, but will OPS give up?

Much depends on the BJP’s strategy for the 2021 polls. Its new president L Murugan has hinted that the party could head a front. Bringing in the PMK and the DMDK will not be easy as they have their own claims. The BJP could play a smart move if it backs Anbumani Ramadoss as the CM candidate and manages to rope in a few other parties as well. A bonanza could come in the form of Rajinikanth if he decides to support the PMK-led front or better still, join it.

In the end, it will also have to consider backing Rajinikanth as the CM candidate even if he heads a party of his own. Here too, there is a problem since Rajinikanth has indicated that he would not be a CM candidate. There is also speculation that the BJP is trying to seek a merger of the TMC with the party, and hope that Vasan could lead its front for the Assembly elections. The BJP has to cross several bridges before working out a strategy for the 2021 polls.

With the BJP, PMK and the DMDK nursing their own ambitions, the AIADMK will have a tough time trying to retain them in the alliance.