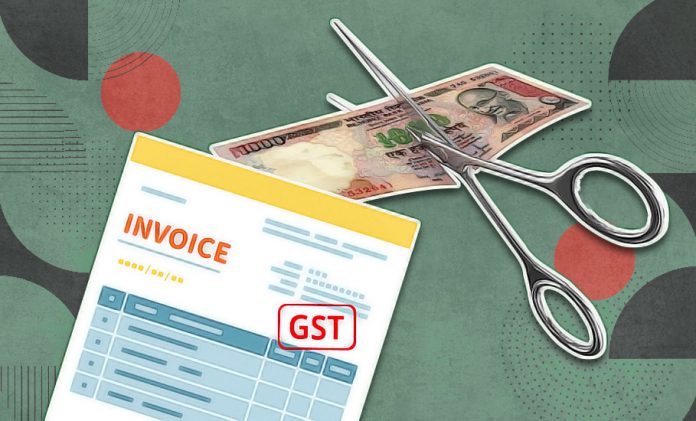 When Narendra Modi signed in as Prime Minister in May 2014, with promises of acche din and a ruthless war against black money, there was an undeniable air of expectation. The preceding Congress-led UPA government had faced a massive public outcry over corruption allegations, from the coal allocation scam to the 2G spectrum scam.

Then came a busy couple of years with economic schemes largely focused on the poor (such as PM Jan Dhan Yojana), small businessmen (PM Mudra Yojana), unorganised workers (Atal Pension Yojana) and young enterprises (Startup India), to name just a few. Nothing ground-shaking, particularly since many were just UPA schemes with a makeover and a snazzier name.

Then came the pièce de resistance, on the night of November 8, 2016. As Indians got ready for their evening round of soap operas and news channel debates, the Prime Minister came on TV, saying the ₹1,000 and ₹500 notes that lined their purses and stayed hidden in their dal dabbas would be worthless from that night.

Mayhem ensued. People were flabbergasted, bank staff were overworked, small businesses were flattened and economists were hugely puzzled for the longest time. There were serpentine queues outside ATMs and bank branches to get new notes for old — they are estimated to have caused at least 100 deaths.

There were daily policy flip-flops. New currency notes were grossly insufficient. Bankers were as clueless as the public. It turned out the government had put little thought into introducing, and implementing, a measure that was bound to affect every citizen, rich or poor.

While there was some criticism, and public interest litigation (PIL) cases were filed at courts, most Indians bore the hardships with a shrug. After all, Modi had promised them a lot. That rich businessmen trying to get rid of sackloads of black money would be nabbed, that bribery would be rooted out since every currency note would be accounted for, that terrorists would cease to function for want of cash, and that India would seamlessly migrate to a digital economy.

Five years hence, we know none of this happened. Not a single rich man was left with currency he couldn’t use. Bribes were given in crisp, new ₹2,000 notes just months after demonetisation. The Amarnath Yatra terror attack took place barely eight months later.

There was a rise in digital transactions immediately after the note-ban announcement, but once the cash situation eased, Indian were back to using paper money. Electronic payments have since increased, both in value and volumes. Bank for International Settlements data reveal India saw 66.9 million digital transactions a day in 2018, up 8.3 times from 2012 levels.  But this is a global trend that has taken off in India, too.

Also, the very premise of the demonetisation decision — that black money would be removed from circulation — was negated. In October 2019, the Reserve Bank of India disclosed that people had returned almost 99% of the demonetised ₹1,000 and ₹500 notes. Of the ₹15.44 lakh crore of banned notes, ₹15.28 lakh crore returned to the banking system. This means hardly any ‘black’ money vanished from circulation. On the other hand, demonetisation is suspected to have shaved 1.5-2% off the nation’s tottering economy.

Ups and downs of GST rollout

Modi’s first mega economic step, therefore, proved a fiasco. Close on its heel, mid-2017, came the GST regime. The Good Services Tax, initially conceived by the UPA government, was given shape by its successor, and the Act was passed on July 1, 2017.

Economists observe that while the demonetisation decision was flawed from the word go, the GST regime could have worked better. It set to address existing flaws and enhance ease of doing business. What it lacked was better planning, both at the formulation and implementation stages.

GST, which subsumed almost all the indirect taxes, sought to simplify the tax burden for businesses operating across several states, which earlier had individual and complex tax systems. This was estimated to save enterprises a substantial sum in compliance cost.

The Centre had then claimed GST would boost India’s GDP by 2%. However, the numbers proved the contrary. The Centre’s indirect tax collection fell 10% in FY18, the first year of GST, from the previous year, per data supplied by the Comptroller and Auditor General of India (CAG). Since then, the GST collection has seen ups and down — far from the steady rise that had been envisaged when the regime took off.

Also, businesses suddenly found themselves staring at an entirely new animal. There were endless forms to fill and file. The smaller firms, in particular, lacked the resources to handle the additional paperwork and legalities. There were just four tax slabs, but the distinction of categories was often ambiguous.

The GST Network, the IT backbone of the tax system, had many flaws in the early days. The eWay bill for inter- and intra-state transport of goods, when it was launched, brought in an additional set of tasks to be completed.

Implementational hitches are just one complaint. The GST carries forward the BJP government’s ideology of a building a homologous nation —an India that pays one set of taxes, speaks one language, adopts one education system and shares a single set of religious beliefs. This, say critics, goes against the federal fabric of the country that the Constitution envisages.

GST is seen to rob states of economic independence. Though they do have substantial representation in the GST Council, and the law requires the Centre to share the tax revenue with the states under a set formula, this doesn’t translate into much financial freedom for them.

For one thing, a large number of states are ruled by the BJP, so their representation and voting power in the GST Council is substantial. This leaves the non-BJP states at a disadvantage in the Council.

States were promised compensation for the revenue loss they faced due to GST implementation. The Centre had assured them of a 14% increase year-on-year in tax revenue, with a promise of compensation for any shortfall. The shortfall did happen, and the states are demanding the compensation, even as the Centre is pointing to dearth of funds.

The Centre is turning oftener to cesses and surcharges to fill up its coffers. While cesses are introduced for specific purposes at the discretion of the government, surcharges are typically tax-on-tax. Significantly, the Centre is allowed to keep the revenue from these levies to itself, with no share for the states.

This has caused deep discontent among states, left out as they are from a key revenue resource. Of the Centre’s total tax revenue, the share of cesses and surcharges has nearly doubled to 19.9% in 2020-21, against 10.4% in 2011-12. In short, these levies are forced to fill the gaps left by GST.

What’s pushing the Centre further towards cess and surcharges is the severe fiscal crunch it is finding itself in. Its net tax revenue as a percentage of GDP has fallen from 7.3% in FY14 to 6.9% in FY19. For April, the gross GST revenue came to a record high of ₹1,41,384 crore. However, that was before the second wave of COVID struck — it is bound to accentuate the revenue crunch in the quarters ahead.

The Centre has been taking steps to address the economic stress caused by the pandemic. Last year, it rolled out the Atmanirbhar Bharat package, with three key sets of incentives for industry. A similar package is expected anytime now. There is much ambiguity on how these will be funded even as revenues go south.

Disinvestment is expected to help, particularly since the current candidates are the highly profitable LIC and BPCL, apart from the struggling Air India and some other state-owned firms. How these take off, and how the Modi government copes with the COVID stress, might represent its third major economic offensive.