Till a few weeks ago, pandemics were limited to end-of-days like scenarios in cinema and alarmist fiction. Nobody could have imagined that a virus—an entity without a life of its own—would shut the world down, force almost a third of humanity to stay indoors and make people shiver with the fear of a deadly disease. But, COVID-19, a word that means death and illness for each one of the 7.30 billion citizens in the world has achieved the unimaginable—it has turned humans into prisoners of unknown destiny. As India, like most countries in the world, completes a long period of lockdown, The Federal revisits the biggest story of our times and tries to make sense of the surreal events that have unfolded around us since March. We look at how life has unfolded in a pandemic, what it has told us about ourselves, our country, society, religion and government, and what can we expect from a post-COVID world, if it exists. Today, we dissect the anatomy of the killer virus and look at the global race to find a vaccine or a treatment protocol.

Portrait of a killer virus: What we know about COVID-19 so far 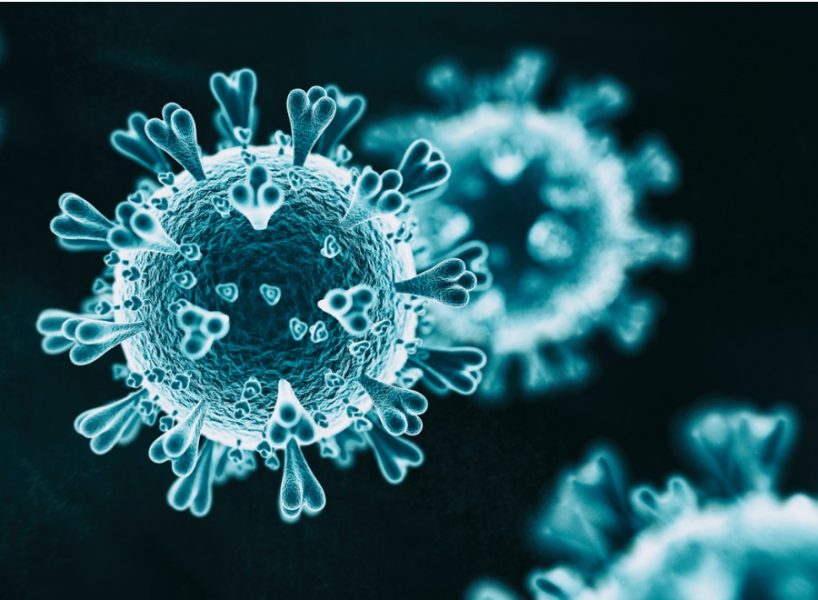 The virus uses the enzyme 'furin' from the host cells to cleave the viral spike protein and enable the virus to fuse with the human cell-wall. HIV, influenza, dengue and Ebola viruses also use this backdoor to gain entry into the cell. Image: iStock

Scientists know much more about the pandemic that started with a cluster of pneumonia patients in Wuhan in the middle of December 2019. Or do they?

A simple search "novel coronavirus", in PubMed, a search engine for biomedical research, yields a staggering 11,791 papers. As scientists piece together the complex biology of SARS-CoV-2, we are beginning to make sense of the virus. We are getting to understand how the virus spreads, how it infects, why it is so contagious, how deadly it, where did it come from, and how to leash the pandemic. The research is fuelling policy, in nations where leaders are willing to listen. The insights are also helping us identify suitable drugs for treatment, and design safe and effective vaccines.

I How does it spread

Epidemiologists were grappling with complex data and still debating if human-to-human transmission of the virus was happening as late as January 22, 2020. Nature, a leading science magazine argued 'the extent of human-to-human transmission is still not clear'. After identifying clusters of cases from families, Chinese epidemiologists confirmed the transmission from person to person as well as from patients to health-care workers, only after the disease had spread for a few weeks.

The novel coronavirus can affect both the upper and lower respiratory system. Therefore even when a person infected with the virus speaks, the virus-laden moist droplets can spread. Small droplets can stay in the air in enclosed rooms with little ventilation. As most infected persons are asymptomatic, the spread is monstrous.

How does the virus move from the upper to the lower tract? Are they washed down or they move from cell to cell until they reach the lungs? These are still open questions.

Early estimates of case fatality ratio (CFR, the proportion of cases that die) in Hubei province were pegged at 5.4 per cent. Later, as the data became more evident, the rate was estimated to be 2.3 per cent. These are still a percentage of identified patients who die of the infection. If a large proportion of the population does not even show symptoms, then the infection fatality rate must be much lower. Estimates range from 0.5 per cent and 0.9 per cent, making it five to ten times deadlier than seasonal influenza, which kills about 0.1 per cent of people it infects, on average.

Serological surveys that test for past infections by looking for signature antibodies showed far more people are actually infected than we thought. A study conducted in Santa Clara County, the USA revealed between 50 and 85 times as many people tested positive for antibodies compared to the test for the virus. This means there are far more people who do not show any symptoms, but carry the virus and infect others.

Why many people do not even develop symptoms? Why a large number of people show mild to moderate disease and a few reach the critical stage? In autopsies, a trace of the virus has been found in many tissues, including those from the brain and heart. What would be long-term consequences of contracting the virus? We do not know.

IIIWhen did the pandemic begin

Perhaps the virus was in circulation much before a patient with severe symptoms was admitted. When did the virus spill over into humans? Mutations can be used as a molecular clock to infer. All the first fourteen isolates obtained from patients in China and Thailand showed very little difference. A recent genomic analysis of thousands of isolates from across the world, by the UCL Genetics Institute, puts the date of zoonotic transfer, or the birth date of the novel coronavirus somewhere between October 6, 2019, and December 11 2019. The earliest known COVID-19 patients were admitted on December 1, 2019. This means Chinese medical professionals caught this outbreak almost immediately.

IVWhere did the virus come from?

Like human without tail and modern-day monkeys with tail, both emerged from a common ancestral species that had a tail, the Bat CoV- RaTG13, novel coronavirus and Pangolin-CoV all had a common ancestor about 140 years ago. One of the lineages of this species diverged around 40-70 years ago into the ancestor of the novel coronavirus with receptor binding domain and ancestor of Bat CoV- RaTG13 without it. This has implication beyond repudiating the conspiracy theories of the virus being man-made.

This implies infections with a deadly capacity to infect humans may be lurking in the wild. They may strike anywhere anytime. We need to step up the surveillance of viruses and be vigilant of zoonotic transfer of viral strains. In simple terms, more money and job positions must be allocated to zoologists than today.

The virus has unique spike proteins (about 100 of them, each around 10 nanometres long) protruding from it surface like porcupine needles. The virus hooks on to the receptor called ACE2 found on the host cell surface using the spikes. Additionally, the particular receptor-binding domain on the spike fastens, like Velcro, onto the cell surface. Firmly anchored on the cell surface, the virus enters the human cells. The cell lining along the respiratory pathways, alveoli in the lungs and small intestines are rich in ACE2 receptors, making them highly susceptible to infection. The cell lining along the arteries and veins that run throughout the body and reaches every organ also has ACE2 receptors. Hence, once infected, every organ is vulnerable. One of the significant causes of death is multi-organ failure.

The virus also uses the enzyme 'furin' from the host cells to cleave the viral spike protein and enable the virus to fuse with the human cell-wall. HIV, influenza, dengue and Ebola viruses also use this backdoor to gain entry into the cell. Furin is not only abundant in the respiratory tract but found throughout the body.

Its mechanism of spread is helping scientists try many drugs.

In a significant breakthrough, scientists from Israel have isolated the neutralising antibody for novel coronavirus in a lab culture. The laboratory-developed antibodies mimic the body's natural immune response and attack the virus when exposed to it. Once industrial production is feasible, and the clinical trials show efficacy, plasma therapy for Covid-19 would become widely possible. The antibody treatment offers passive immunity and helps patients recover fast. However, they do not confer active or life-long protection against the virus.

VIWhen will a vaccine be ready

The vaccine development programme is seeing unparalleled progress in several parts of the world. As we read this, 120 vaccine projects are in various stages of development. Of which, according to the WHO, seven to eight vaccines are in the advance stage of development and have entered human trials. About 80 are in pre-clinical animal trial, and two, having cleared trials in monkeys, are ready for the next stage.

In China, biotech company Sinovac has successfully completed pilot-scale production of a purified inactivated novel coronavirus. The vaccine has been tested on mice, rats and non-human primates. The animal studies have confirmed protection in macaques against infection. , Now the vaccine would be taken up for clinical development and trial.

In India, the virus has been successfully cultured for developing inactivated virus vaccines. Culturing the virus outside the human host is a substantial technical challenge.

The unprecedented pace of vaccine development was possible only due to international collaboration to understand the genomic behaviour of the virus. Since the first deposit of the viral genome sequence on January 12, 2020, by China, around 5,015 genomic sequences, including 187 from India, have been submitted to the global repository. Until now, the virus has experienced about 198 mutations. With this global data, scientists have been able to target the most stable and crucial part of the genome for vaccine development.

Until now, all the mutations that we have seen are typos in the genomic sequence. No recombination mutation, drastically altering the behaviour of virus has been noticed. If indeed the genome is radically modified, perhaps many of the vaccine efforts and drugs under trial may have to be chucked out of the window. Will this occur soon? Another unknown.