Two Telangana ministers and their family members participated in the Ram Navami celebrations at a Bhadrachalam temple on Thursday (April 2), despite the government orders against mass gathering during the ongoing 21-day lockdown period over the coronavirus pandemic.

The two ministers, Allola Indrakaran Reddy and Puvvada Ajay Kumar, were seen participating in the celebrations held at Sri Sita Ramachandra Swamy Temple in Bhadrachalam. While Kumar holds the transport portfolio, Reddy is the minister of forest and environment, endowments, and law. 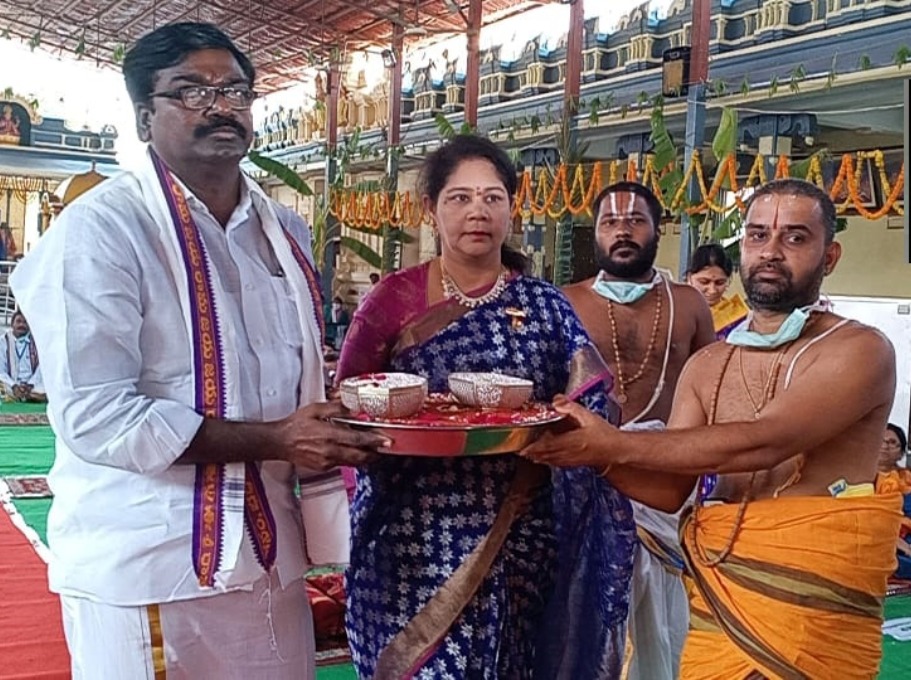 The government had already prohibited devotees to attend the event in light of the pandemic in order to avoid a mass gathering. Besides, this comes amid the 21-day lockdown announced by the Centre and at a time when a religious event has already turned into a virus hotspot in the national capital.

Telangana has so far reported 96 confirmed cases, according to the union health ministry website, including three deaths. However, there’s a confusion over the number since it does not take into account the deaths of several persons who had attended the Tablighi Jamaat congregation in Delhi.