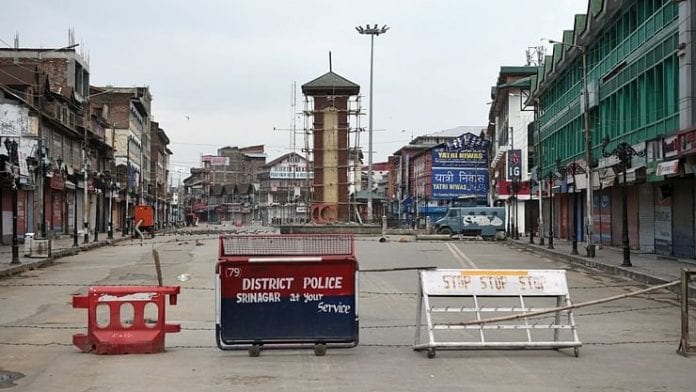 (To ask questions is a crime here, to ask why and how is also criminalized.)

When renowned Italian writer and survivor of the Holocaust Primo Levi passed away, The Guardian paid tribute to him through the following words, “The death of Primo Levi robs Italy of one of its finest writers… One of the few survivors of the Holocaust to speak of his experiences with a gentle voice.”

Yes, indeed. Levi’s gentle voice is heard in ‘If This Is A Man’. The book is authentic and excruciatingly painful. Levi’s attention to detail and analytical sweep are impressive features. Levi, an Italian Jew, recorded the horrors of violence inside the death camps with honesty of purpose and, most importantly, without anger and bitterness.

At the dreaded Auschwitz, he was even denied water to drink. This is how he described the scene. “Driven by thirst, I eyed a fine icicle outside the window, within hand’s reach. I opened the window and broke off the icicle but at once a large, heavy guard prowling outside brutally snatched it away from me. ‘Warum?’ I asked him in my poor German. ‘Hier ist kein warum’ (There is no why here), he replied, pushing me inside with a shove,” Primo Levi records in If This Is A Man.

Everyone familiar with the Holocaust literature is aware of how the Jews were exterminated, tortured, made to die of hunger, and sent to the gas chambers. The lesson to be learned from history is to avoid repetition of horrific crimes against humanity. Because the fear is always that, what has happened before can happen again.

‘There is no why here’

In the case of Kashmir, the act of asking basic questions about fundamental human rights including the right to movement, travel, free speech, information, communication, connectivity, education, trade etc has been criminalised by the powers that be.

For instance, you have no right to ask why over ten million Kashmiris living in the Kashmir Valley, Pir Panjal, Chenab Valley, Kargil and elsewhere have been denied Internet services for the last three months since the abrogation of Articles 35A and 370.

The argument made by the ruling dispensation in New Delhi is that both Articles were scrapped for the “overall good” and “economic development” of the local population in Kashmir. If that were the case, why aren’t the Kashmiris allowed to express their opinions through social media platforms using the Internet?

Everyone else has an opinion on Kashmir, but this right is denied to the Kashmiris. Now a purported No Fly List list has been prepared by the Jammu and Kashmir administration which bars hundreds of lawyers, civil society actors, journalists, traders and influential people from travelling abroad. But in Kashmir, you can’t ask why!

You cannot ask why three former chief ministers — Dr Farooq Abdullah, Omar Abdullah, Mehbooba Mufti — and hundreds of political workers and sympathizers of various political formations are rotting in prisons if the scrapping of Articles and stripping Kashmir’s autonomy and statehood is for the “benefit” of the people of Kashmir.

Yes, you can’t ask why people working in the IT-industry, according to moderate estimates, have suffered losses over ₹5,000 crore in the absence of Internet since August 5, 2019.

You cannot ask why the local media in Kashmir is gagged. The fear is so palpable that leading English and Urdu dailies published from Srinagar either do not publish editorials and Op-eds or they choose to write about the health benefits of apricot, cucumber, carrot, radish and walnut. However, they do not dare talk about the prevailing political situation in Kashmir. But, you cannot ask why the media is muzzled in Kashmir or why there is an undeclared emergency in Kashmir.

One of the fundamental lessons that we, as journalists and writers, are taught in media houses and universities is to ask questions. The question words ‘Why, What, Where, When, Who and How’ become essential weapons of a scribe to tell a story or dig an exclusive or a scoop.

Sadly, all of these question words are not allowed in Kashmir. There is an unspoken ban on asking questions. The Hindu nationalist and ruling Bharatiya Janata Party (BJP) claims, “Kashmiris are happy with the scrapping of the region’s autonomy and statehood.”

But the BJP has to ensure that thousands of ordinary Kashmiris, including teenagers and top politicians, are in prison, the internet is stopped and communication lines are snapped because Kashmiris are apparently so ‘happy’ with the BJP’s decision that their consent is neither required nor valued. Their consent is manufactured by media houses based in Noida, New Delhi and Mumbai through sustained propaganda. You cannot ask why.

It is ironic that the Indian civil society has not bothered to even give lip service to the plight of over ten million dispossessed Kashmiris. In Kashmir, every single Kashmiri sees the scrapping of autonomy and stripping of statehood as a smash and grab operation. No one cares to know their opinion, as though there is social sanctity to the idea of caging Kashmiris and shutting them down.

You cannot ask why Kashmiri teenagers are being picked up in nocturnal raids across the nook and cranny of the Kashmir Valley and allegedly tortured in custody. You cannot ask why there are more barricades and bunkers on the streets of Kashmir than the number of vehicles plying on them. You cannot challenge officials on their falsehood, concocted claims and their propagandist narratives, because the government has ensured that Kashmiris are denied a voice in the mainstream or social media, thanks to the internet ban.

Personally, it was heart-wrenching to hear the words in the Kashmiri language from an octogenarian lady Rahati Begum from uptown Srinagar on the scrapping of Article 370 and 35A and stripping of J&K’s statehood. “Sorui Maklovukh” (everything has been snatched), she said while tears streamed down her wrinkled face.

Second secret tunnel found in 10 days near border in J&K’...