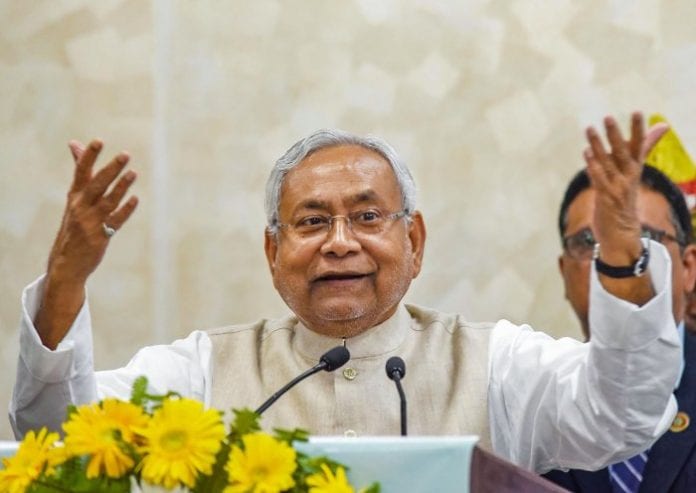 Ruckus prevailed in the Bihar Assembly on Tuesday as BJP members strongly objected to the opposition describing the amended citizenship act as “kala kanoon”, leading to brief adjournment of House proceedings.

Trouble erupted during the debate on the adjournment motion on CAA-NPR-NRC, which was moved by Leader of the Opposition Tejashwi Yadav and others and approved by Speaker Vijay Kumar Chaudhary after initial objection raised by Parliamentary Affairs minister Shravan Kumar.

Opposition members were on their feet no sooner than the House assembled for the day, demanding a debate on the motion and Kumar said it should be taken up at an appropriate time and not during the Question Hour.

However, Yadav pointed out that at a special session convened last month, Chief Minister Nitish Kumar had given an assurance that the issue will be debated during “the next session.”

Chaudhary said that since the budget was to be presented around 2 pm and both the treasury and the opposition were in agreement that a debate could be held, he was approving the adjournment motion.

However, chants of “kala kanoon” (black law) were made from the opposition side when Kumar began replying to the adjournment motion.

This was strongly objected to by BJP ministers like Nand Kishore Yadav and Vijay Kumar Sinha, who countered the opposition with the question “does Parliament pass a black law?”

Heated exchanges ensued and members from both sides trooped into the well forcing adjournment of House proceedings for 15 minutes.