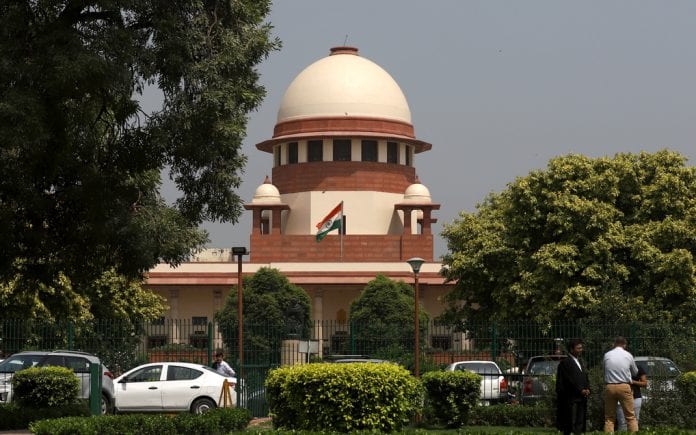 The Supreme Court on Wednesday (November 6) asked the Centre and nine states to file a status report on filling up of vacancies in the central and state information commissions in compliance with its earlier orders.

A bench headed by justices SA Bobde gave the directions after RTI activists Anjali Bhardwaj and others submitted that the earlier apex court orders have not been complied with. Advocate Prashant Bhushan, appearing for Bhardwaj and others, said the Centre and state governments had not put the names of selected and short listed candidates on their website as directed by the apex court. He said the vacancies are yet to be filled by the Centre and states in the Central Information Commission (CIC) and State Information Commissions (SICs).

The apex court had in February passed a slew of directions on filling up vacancies in the CIC and SICs and said the process of appointments must start one to two months before a post falls vacant. The court had said the post of Chief Information Commissioner is on a higher pedestal and the appointment process for a CIC should be on the “same terms” as in the process of a chief election commissioner.

Taking note of the provisions in the RTI Act, it had said besides bureaucrats, eminent citizens from other walks of life should also be considered for the post of information commissioners in the CIC. The plea by Bhardwaj, Commodore Lokesh Batra (retired) and Amrita Johri have claimed that over 23,500 appeals and complaints are pending with the CIC as posts of information commissioners are lying vacant.

The court had asked seven states — Maharashtra, Andhra Pradesh, Telangana, Gujarat, Kerala, Odisha and Karnataka — to apprise it about the time frame for filling up the posts. The petitioners have said that several information commissions like in Gujarat and Maharashtra were functioning without the chief information commissioner, even though the RTI Act envisages a crucial role for this post on which the administration and superintendence of commission is vested.

The plea has claimed that the Centre and state governments have “attempted to stifle” the functioning of the RTI Act by failing to do their statutory duty of ensuring appointments in a timely manner.

What steps have Centre and states taken to help migrants, asks SC