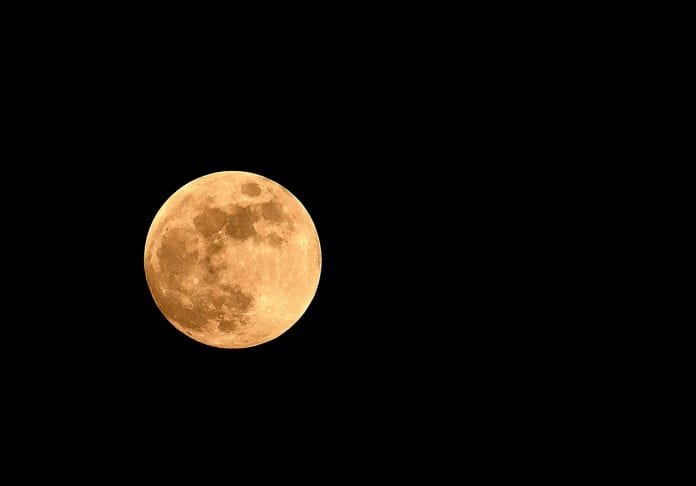 The first picture of Moon captured by India’s Chandrayaan-2 satellite, currently in the lunar orbit, was released by space agency ISRO on Thursday (August 22).

The picture of Moon was taken by Chandrayaan-2’s LI4 Camera from an altitude of about 2,650 km from the lunar surface on August 21, the city-headquarters Indian Space Research Organisation said.

“Take a look at the first Moon image captured by #Chandrayaan2 #VikramLander taken at a height of about 2,650 km from Lunar surface on August 21, 2019. Mare Orientale basin
and Apollo craters are identified in the picture,” ISRO tweeted along with the picture.

Take a look at the first Moon image captured by #Chandrayaan2 #VikramLander taken at a height of about 2650 km from Lunar surface on August 21, 2019.

Mare Orientale basin and Apollo craters are identified in the picture.#ISRO pic.twitter.com/ZEoLnSlATQ

The Mare Orientale, shaped like a target ring bulls-eye, is one of the most striking large scale lunar features, located on the Moon’s extreme western edge, and is difficult to see from an earthbound perspective, according to US space agency NASA. It is said to be over 3 billion years old, about 950 km across and was formed by the impact of an asteroid sized object.

Apollo is a large 538 km diameter double-ringed impact crater in the southern hemisphere of the far side, according to NASA.

The ISRO had on August 4 released a first set of images of the earth captured by Chandrayaan-2 satellite.

It had on Wednesday performed second lunar bound orbit maneuver for Chandrayaan-2 and said all spacecraft parameters are normal.

There will be three more orbit manoeuvres before the lander’s separation from the Orbiter on September 2 and eventual soft landing in the south polar region of the Moon, planned on September 7.

How a Muslim girl from a small UP town came to be called ‘Moon...