India is set to celebrate its 74th Independence Day on Saturday (August 15) with a muted ceremony in view of the pandemic situation. The country’s defence ministry on Friday said over 4,000 people, including diplomats, officials and media personnel, have been invited for the ceremony at the Red Fort that is being organised factoring in the COVID-19 protocols.

Here’s how the Independence Day ceremony will be held at Red Fort on Saturday: 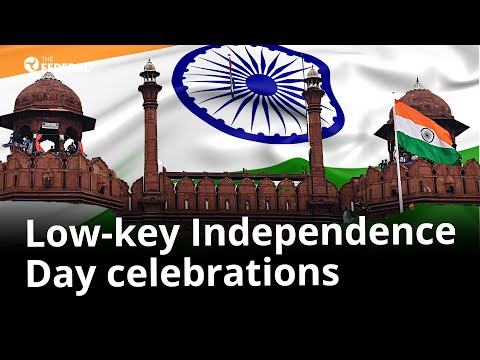 Meanwhile, on the eve of the 74th Independence Day, President Ram Nath Kovind approved gallantry awards for defence personnel, including Shaurya Chakra to three from the Army for counter-terrorist operations in Jammu and Kashmir, the defence ministry said on Friday. Besides, one Indian Air Force wing commander was also awarded the Shaurya Chakra.

In his address to the nation on the I-Day eve, the president appreciated the “super-human efforts” in containing the magnitude of the coronavirus pandemic in the country and said these are “worth emulating” by the wider world. He complimented the COVID warriors and said the nation is indebted to doctors, nurses and other health workers who have been continuously on the forefront of the country’s fight against this virus.

India’s COVID-19 caseload surpassed 24 lakh on Friday after 64,553 more people tested positive and the recoveries rose to over 17 lakh, the health ministry said earlier in the day. With 17,51,555 people defeating the disease, recovery rate has surged to 71.17 per cent. The caseload increased to 24,61,190, while the death toll climbed to 48,040 with 1,007 people succumbing to the disease in 24 hours, the ministry data updated at 8 am showed.