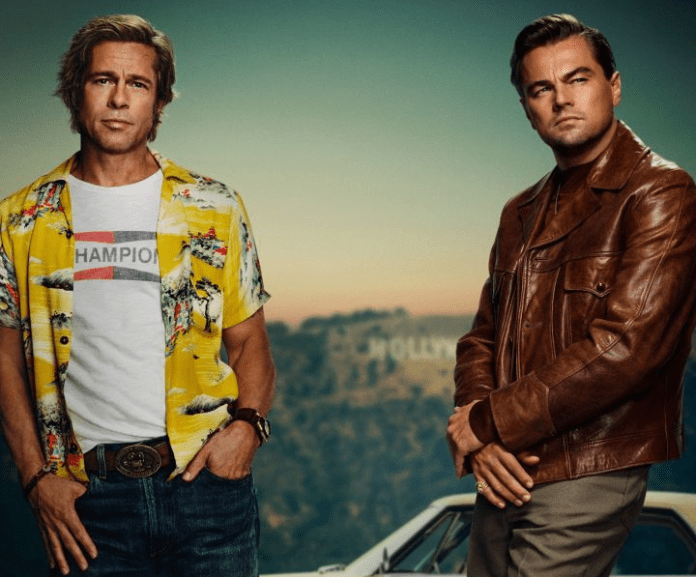 In a sequence of Quentin Tarantino’s Once Upon A Time In Hollywood, released in India on Thursday (August 15), Leonardo DiCaprio asks someone why he is limping. “I rode with the British lancers,” the man with a limp (a throwback to Samuel Jackson’s character in Tarantino’s Django Unchained) replies.

DiCaprio breaks into a mad laugh. “What’s funny,” someone asks? What a name “Bengal lancers,” he says with mild emphasis on a certain portion of the first word. He continues with something equivalent of ROFL.

In the theatre that I watched the film, there was complete silence. No, not even a chuckle. Obviously, most of the audience didn’t get the joke. They were perhaps expecting something simpler, like Uma Thurman’s “ketchup” gag in Pulp Fiction.

But, that’s quintessential Tarantino. And Once Upon a Time is archetypical Tarantino cinema — a trippy mix of inside jokes, pop culture references, subversion of history, some philosophical back-and-forth and, of course, brutal violence, like in some of his recent films, against female characters.

Tarantino loves to operate in that grey area that exists between what is described as humanity’s good and evil. Most of his characters, perhaps with the exception of Jamie Foxx and Christoph Waltz in Django Unchained, are either morally ambiguous or washed-up anti-heroes. The fun with working such characters, as Tarantino knows very well, is that you can make them do pretty much anything — because their actions are not dictated by the conventional constructs of right and wrong. This dichotomy makes Tarantino create some great characters like Jules Winnfield, Samuel L Jackson playing a hitman in Pulp Fiction, who serves point-blank shots to the recital of verses from the Bible.

True to form, Tarantino has served two brilliant anti-heroes in Once Upon a Time who revel in this dark zone of human psyche. Brad Pitt’s character — a hoot as a stunt double — is rumoured to have murdered his wife. Tarantino drops the accusation en passant in the film and leaves it hanging, asking the audience to judge if Pitt’s guilty as rumoured. But, in another scene, when a young hippie girl who’s hitched a ride in his car, offers him — well, no spoilers here, so let’s say something most men in his place would have accepted with licentious glee — Pitt asks for the girl’s age, and rejects the proposition because he thinks she’s still not 18.

Then there are his inside jokes. One of them about Bruce Lee has already turned into a major controversy. It has divided filmdom between fans of both the legends. But, the fun part about Taranatino is that even his inside jokes are open to interpretation, like an open ended film, and depend on from whose perspective you see it. Even his jokes have layers within layers, and that’s the real joy of watching his cinema unfold.

Those who have followed Tarantino’s work know by now that he loves to look at history only to subvert it. His cinema is a “what-if” leap of fantasy that attempts an alternate version of reality. In Inglorious Basterds, he dreamt up a script that allowed Adolf Hitler the luxury of being burnt alive in a French theatre by a Jew girl instead of committing suicide in a Berlin bunker. In Django, he set right the US history by letting a slave loose on a family that exploits blacks.

Once Upon A Time is again an attempt at subversion of history. Mid you, I said, it is an attempt, because unlike in Inglorious Basterds and Django Unchained, the real agent provocateur of what really transpired in 1969 Hollywood isn’t obliterated. He still looms with the potential for future violence and mayhem.

But, the problem with Once Upon A Time is that this subversion has a narrow context. And those who do not know it, do not get the film. They come out scratching their heads, wondering what the entire shebang was all about. The people I watched the film with came out wondering why the film had created such hysteria. Some of them, after watching it for full 160 minutes, wanted to read what the critics are saying for answers.

Others rued the absence of trademark Tarantino blood and gore, which, to their grief, was limited to a set piece at the very end. But, that’s the entire point of the film. Tarantino has made a film that makes you want to find out more, it makes you inquisitive not just about the storyline, which, if you have followed Roman Polanski’s troubled life, isn’t a big mystery, but also his art, his self-indulgent narrative and the inside jokes. Once Upon a Time is an invitation to dig deeper into history, subverted or otherwise, human psyche and the art of film-making, which Tarantino has yet again turned on its head.

In the opening scene of Tarantino’s Reservoir Dogs, eight men dressed in black suits are enjoying coffee and conversation. One of them, Mr Pink, starts a discussion on the meaning of Madonna’s chart-topper ‘Like A Virgin.’ The men argue, and in trademark Tarantino-style serve an engrossing back-and-forth full of philosophical interpretations and pop culture references. Only when they are leaving, you see that one of them is carrying a gun.

The point is: Tarantino will never reveal what exactly he has on his mind. You are supposed to find out, after a slow-burn, and lots of edge-of-the-seat tension. You can say, he never offers the audience the satisfaction of being bang-on lancers!