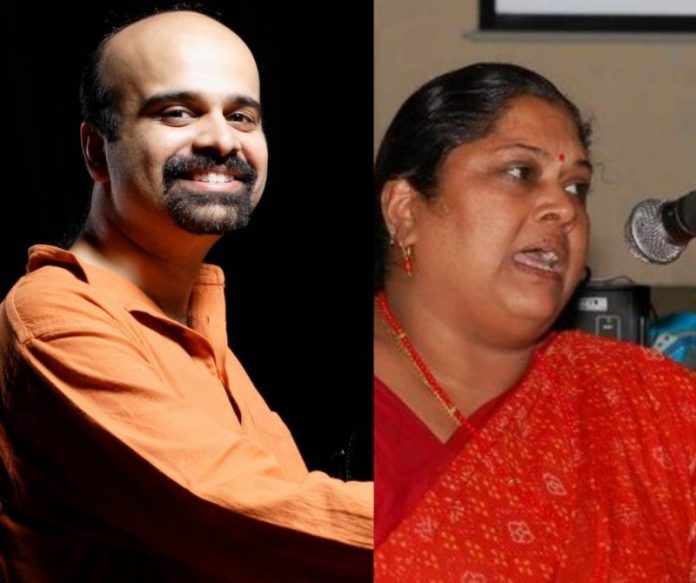 He raises his hands and sits on haunches to illustrate the lowest note of Sa before rising and settling in a half-sitting position to show the medium scale in Pa and then stands straight with his hands held higher to explain the high note of Sa.

If you thought, the above setting is of a highly animated music class, you better thing again. For anyone accustomed to Carnatic music, Sa Pa Sa… sets the tone for rendition. But in this class, it explains the Doppler effect and the concept of sound apart from playing the original role. The theory most commonly explained with the example of a train approaching a station has been given an overhaul with an interesting and more engaging twist. That is ‘Rhapsody education through music’ for you, an initiative that uses music in a multi modal approach to facilitate learning among children.

Currently covering over 3 lakh children in 500 municipal schools, government and private schools across Tamil Nadu, followed by Hyderabad, Bengaluru and Mumbai, the methodology is being used to help the children from kindergarten to class 8, to experience the joy of music, interspersed with learning through various activities. There is a 200-member strong team of teachers and trainers propelling the project.

The Rhapsody Music Foundation which was launched in 2013 for free work in corporation schools covers 25 schools including government aided and government run schools in and around Chennai.

The concept is driven by pianist Anil Srinivasan and musician Sudha Raja, who is both a Carnatic and Indian choral music expert. Srinivasan tells us about the journey, tracing the beginning, when he stumbled on the idea after he realised how disconnected children are from their roots and the complete absence of native repertoire of works in their learning space. He says, “I visited a school in Tiruvarur in 2012 and I was quite disappointed to know that in the birthplace of Carnatic music, the students were not aware of the trinity of Carnatic music (Thyagaraja, Muthuswami Dikshitar and Shyama Sastri). We have also abandoned our native treasures like Thyaga Barathi songs for children and regional lullabies.”

On the other side he was not for the obsession for performing, when one talks about music. Srinivasan was keen on working music accessible to all. Sudha with her rich experience as an artiste and trainer helming the Sargam choir had her own interpretations to add. And the programme was launched in 2013 in about 8 schools in the city of Chennai.

Every period of rhapsody comprises ice breakers and activity based lessons that ensure that the children do not get bored of it. From claps to enacting the Doppler effect through the tuning notes of Sa Pa Sa Pa Sa, the songs are not from any one genre or language. Amid all the learning, they also put their fingers to use through origami. In fact, the students are exposed to almost 14 languages including Bengali and Nagamese. The module traverses subjects like algebra formulas, periodic tables in chemistry and even languages.

Srinivasan reckons that the model has worked very well because the body of lessons have been secular.

Sudha points out that the classes have improved attendance and has even resulted in behavioural changes among children. Take the case of a student with severe behavioural dysfunction in an integrated school in Chennai, is now engaging more with family and friends enacting the lessons learnt, improving behaviour. “That is because we work with the teachers who are also part of the whole process exploring the whole potential for enabling learning,” she adds.

If someone wants to know the difference, music and music related activities can make to the lives of children, he or she has to look at the schools in Minjur and Puzhal — some of which are located in inaccessible places, adds Sudha. Take the case of a teacher George, who walks two kilometres in Puzhal to reach a school exclusive for Irula students. “They welcome this concept in open arms. These are children who have never been on a bus. For them, music and education both are gifts that can help them better their prospects. The schools in these places are more open as they do not have any set ideas about music and they don’t take it for granted,” says Sudha. A qualitative baseline study conducted six months after the intervention showed a jump in attendance of 100 per cent on days of the classes and a visible difference in academic performance.

George says that music and education is a step by step process, in such set ups. “We do not immediately jump into the concepts or aspects of a song or music. We relate it to things that they are familiar with — like thiruvizha (village festivals) to give them a better understanding,” he says.

Now, with the training sessions in full swing for the next sessions, 333 more schools from places like Hosur have been added the fold, increasing the number of schools in the fold from the existing 36 in Puzhal and Minjur — all part of Ashok Leyland’s Road to School project, the focus is on taking the experiential learning to a wider and to all deserving groups. Sudha says, “The lessons and modules that stand at 454 now are revised and upgraded every year, after we understand what works the best and what doesn’t.”