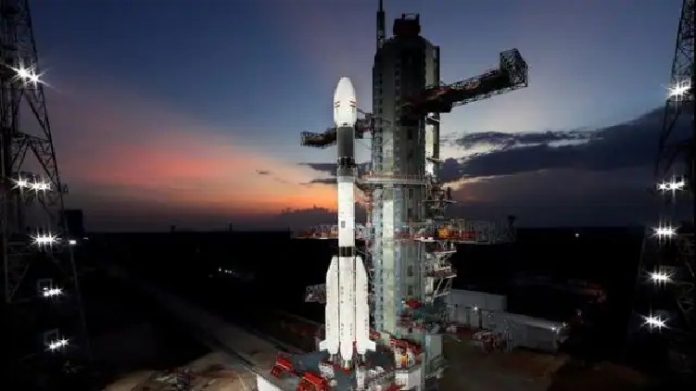 The cryogenic stage is the most difficult one compared to all other rocket propulsions, said space scientist G Madhavan Nair. PTI Photo

The Indian Space Research Organisation (ISRO) launched the GSLV-F10 rocket with an earth observation satellite (EOS-03) on board on August 12 at 5:43 am from the Sriharikota spaceport. “Performance of first and second stages was normal. However, Cryogenic Upper Stage ignition did not happen due to technical anomaly. The mission couldn’t be accomplished as intended,” the space agency tweeted.

“This is a very complex mission. Normally, the cryogenic stage is the most difficult one compared to all other rocket propulsions,” former Chairman of ISRO G. Madhavan Nair said.

ISRO, he said, had mastered the cryogenic technology over the years and its track record on this count compares rather well with European countries and Russia, where failure of the cryogenic stage was about 20 per cent, he added.

The failure is a big setback to ISRO, whose missions are already delayed because of the COVID pandemic. The launch of EOS-03 was initially planned for March last year, but it had to be put off, first because of some technical glitches, and then due to the pandemic.

The EOS-03 is a part of the new generation of earth-observation satellites. It was meant to provide almost real-time images of large parts of the country that could be used for monitoring natural disasters like floods and cyclones, water bodies, crops, vegetation and forest cover.

Here are the basics of what is at stake for ISRO:

Cryogenic Upper Stage ignition: The contraption has an indigenously developed cryogenic engine fuelled by liquid hydrogen and liquid oxygen at very low temperatures (hundreds of degrees below zero). The cryogenic stage is supposed to be much more efficient and provide greater thrust to propel heavier rockets like GSLV that are designed to carry bigger payloads into space.

What happened: The geostationary satellite launch vehicle (GSLV) rocket accomplished the separation of the first two stages, but the third stage – the cryogenic stage – which carried the satellite, failed to ignite, in turn failing to release the satellite in its geosynchronous (the satellite’s orbital period which enables it to be with the rotation of the Earth) transfer orbit.

Successes & failures: This was the 14th launch involving a GSLV rocket and the fourth failure. This rocket, the Mark-II version of GSLV, was last used to successfully launch GSAT-7A, a communication satellite, in December 2018. The last failure of this rocket had happened way back in 2010.

Difference between GSLV & PSLV: Both are satellite-launch vehicles (rockets) developed by ISRO, but have distinct features.

PSLV: The Polar Satellite Launch Vehicle (PSLV) is designed mainly to deliver the “earth-observation” or “remote-sensing” satellites with a lift-off mass of up to about 1,750 kg to sun-synchronous circular polar orbits of 600-900 km altitude.

An orbit is called sun-synchronous when the angle between the line joining the centre of the earth and the satellite and the sun is constant throughout the orbit. Due to their sun-synchronism nature, these orbits are also referred to as ‘Low Earth Orbit (LEO)’ which enables the onboard camera to take images of the earth under the same sun-illumination conditions during each of the repeated visits the satellite makes over the same area on the ground. It enables the satellite useful for earth resources monitoring.

GSLV: It is designed mainly to deliver communication satellites to the highly elliptical geosynchronous transfer orbit (GTO). The satellite in GTO is further raised to its final destination, viz., geosynchronous earth orbit (GEO) of about 36,000 km altitude (and zero deg inclination on the equatorial plane) by firing its in-built on-board engines.

Due to their geosynchronous nature, the satellites in these orbits appear to remain permanently fixed in the same position in the sky, as viewed from a particular location on earth, thus avoiding the need of a tracking ground antenna and hence are useful for communication applications.

Cryogenic technology: ISRO successfully ground-tested the indigenously developed Cryogenic Upper Stage for GSLV MkIII on January 25, 2017. The cryogenic stage designated as C25 was tested for a duration of 50 seconds at ISRO Propulsion Complex (IPRC) in Mahendragiri, demonstrating all the stage operations.