Prime Minister Narendra Modi is a brilliant strategist, and being so, he didn’t forget to lace his today’s address to the nation subtly with enough ingredients required to push the BJP’s agenda for the upcoming Bihar elections, due later this year.

Appearing for the sixth time live on television sets to address the citizens since the outbreak of the coronavirus pandemic, he kept this speech short this time, with just one announcement about the extension of the free ration scheme, but wrapped in poll flavour.

The prime minister, however, didn’t mention anything explicitly about Bihar or its elections. 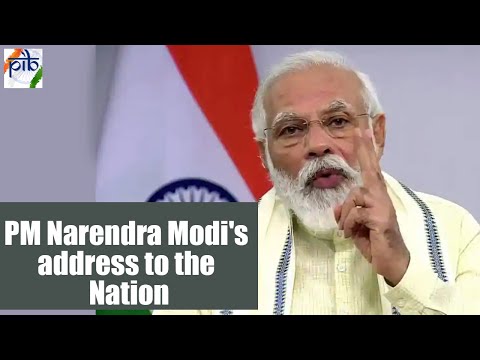 In today’s live address, Modi announced that the Pradhan Mantri Garib Kalyan Anna Yojana (PMGKAY) would be extended till November-end, covering Diwali and Chhath Puja, which would benefit around 80 crore poor citizens for the next five months.

“Under PMGKAY, the government will provide free ration to 80 crore poor brothers-sisters for the next five months. Every member of the family will get 5 kg wheat or rice. Every family will also get one kg whole chana per month, free of cost,” said Modi.

His address came not just at a time when the country is about to enter the ‘Unlock-2’ phase of lockdown, but also the border tensions with China, which, surprisingly, didn’t find a slot in the PM’s speech. Perhaps that wasn’t on his priority list, unlike elections.

Modi has seemingly launched a virtual election campaign for Bihar if we ignore when Home Minister Amit Shah claimed the NDA will bag two-third of seats in the state, during his virtual rally on June 7. Shah, however, maintained the rally had nothing to do with poll campaign.

The prime minister, in his speech, also didn’t forget to mention about the Chhath Puja, which is mainly celebrated in Bihar, besides the neighbouring states like Uttar Pradesh and Jharkhand. His emphasis on “Chhath Puja”, though subtle, can hardly be missed.

He also mentioned that the government will soon implement the ‘One Nation One Ration Card’ scheme which he said would benefit the poor migrant workers. It aims at making the public distribution system flexible and fair price shops accessible anywhere in India.

Poll-bound Bihar, led by Nitish Kumar of the BJP-ally Janata Dal (United), was one of the new states to be integrated with ‘One Nation One Ration Card’ scheme in May, and flaunting about the scheme can be expected to give the coalition some election mileage.

Finance Minister Nirmala Sitharaman had earlier announced the national rollout of the scheme in all states and UTs by March 2021. However, prior to that, Union minister Ram Vilas Paswan had claimed that it would be implemented across India by June 1, 2020.

In all probability, no one knows whether this deadline is final, or just an election strategy for the three upcoming assembly elections — in Bihar this year, and West Bengal and Tamil Nadu next year. Both Tamil Nadu and West Bengal are not under the scheme as of now.