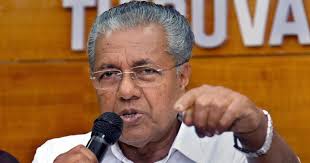 The Kerala government on Monday decided not to implement the amended Kerala Police Act which mandates a jail term for any social media abuse or offensive cyber post.

After the state secretariat meeting of the CPI (M), Chief Minister Pinarayi Vijayan said the government does not want to implement the amended Act, which has incorporated section 118 (A) in the Kerala Police Act.

“With the announcement of the amendment, different opinions have emerged from various quarters. Those who support the LDF as well as those who stand for the protection of democracy have raised concern about the amendment. Under these circumstances, the government does not want to implement the amended Act. Further action would be taken only after a detailed debate in the state Assembly and after hearing opinions from all sides,” Vijayan said.

The government stand changed after the intervention of the CPI (M) central leadership. Besides, other Left parties, particularly CPI, have also taken strong exception to the rule which is considered as draconian. Earlier on Monday (November 23), CPM general secretary Sitaram Yechury told The Indian Express that the law would be reconsidered.

Vijayan said the government decided to bring in the amendment in order to prevent defamatory campaigns in social media. Even as announcing the decision to scrap the law, the Chief Minister urged everyone to desist from social media campaigns and posts which violate the individual freedom and dignity of the human spirit.

On Friday, Governor Arif Mohammad Khan approved the Kerala Police (Amendment) Ordinance, 2020 that incorporates a new Section, 118 (A), in the Kerala Police Act. Accordingly, any person who creates or sends any information that is offensive or is intended to offend or threaten another person, through any means of communication, is liable to face imprisonment of three years or a fine of Rs 10,000 or both.

While the government has claimed that the amendment aims to check misuse of social media targeting individuals, the Opposition said it is “against the freedom of press” and “infringes upon the fundamental right to freedom of speech and expression enshrined in the Constitution”.

Leader of Opposition in the Assembly, Ramesh Chennithala, accused the government of “trying to silence those who criticize them”. BJP state chief K Surendran said the amendment was aimed at “silencing all political protest”. Chief Minister Vijayan described such “apprehensions” as “unfounded”.

The Kerala Police, however, said that before taking further action under the amendment, a Standard Operating Procedure (SOP) would be prepared in consultation with legal experts to ensure that the ordinance is not misused in any manner.