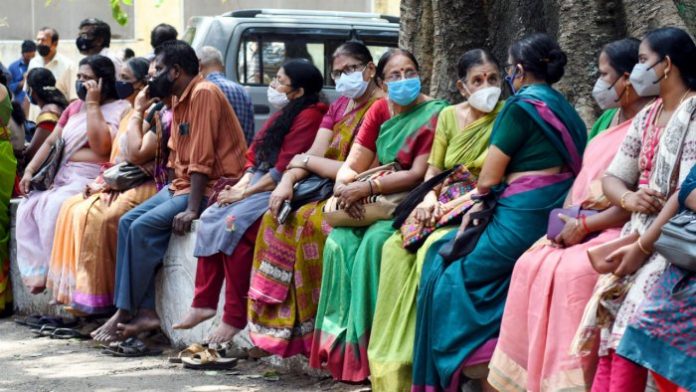 In the face of vaccine shortage and a large population, it is a long road ahead for India on the vaccination front, say experts. File Photo

The Union government recently claimed that the entire adult population of the country will be vaccinated by the end of 2021. However, experts within India as well as abroad have dismissed it, saying that it will take at least one more year for all adult Indian to be inoculated.

The latest to question the government’s claim is Bhramar Mukherjee, Indian-American biostatistician, data scientist and professor of epidemiology in the University of Michigan.

Niti Aayog member Dr Vinod Kumar Paul recently claimed that 216 crore vaccine doses will become available by end-2021, which means there will be surplus doses after every Indian is vaccinated.

Also read: 1.33 crore sign up on Co-Win for May 2 COVID vaccination

“Overall, 216 crore doses of vaccines will be manufactured in India between August and December. There should be no doubt that vaccines will be available for all,” he said at a press meet recently.

Paul mentioned eight vaccines against the present two and the number of doses for each that are likely to be available in the country of 130 crore people in the five-month period ending December.

The Centre has also told the Supreme Court that the entire population will be vaccinated by the year-end.

“We have delivered 220 million [22 crore] doses in five months. We have to deliver 200 million [20 crore] doses each month for the next seven months to reach our target. Doable but tough,” tweeted Mukherjee.

That means that “what we have done in the last five months we will have to deliver each month for seven months”, said Mukherjee.

Mukherjee has been following the Indian COVID data and had predicted that Delhi would report less than 1,000 fresh cases by the end of May, a prediction that came true. She had also said that data from India was not enough to predict the peak, nor when the virus chain will be broken.

“One-shot vaccines like J & J can go a long way in India with a very large population to vaccinate and resolve issues with vaccine adherence. No vaccines are right now available for as much as 40 per cent of India’s population in 0-18 age group as well as pregnant women,” said Mukherjee.

“It is a long road ahead. As we scale up manufacturing, procurement and delivery of vaccines, we have to be cautious and stay prepared with public health interventions and health care resources,” she cautioned.

“Setting up careful studies of vaccine effectiveness and linking with data on variants is absolutely critical”, the expert said.

After a long lull, vaccination picks up in Tamil Nadu