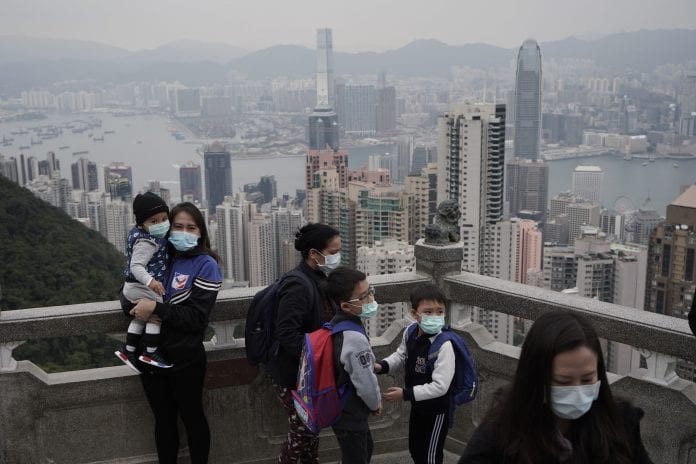 Tourists wear masks at the Peak, a popular tourist spot in Hong Kong. The city fell to second place in this year's rankings | Photo: PTI

Mumbai and New Delhi have been ranked 78 and 117 respectively in an annual survey of the most expensive cities in the world for expat workers. In 2020 Mumbai was ranked 60 while New Delhi was 101 – the drop was attributed to the relative weakness of Indian rupee in comparison with other cities in the ranking.

Hong Kong and Ashgabat switched places this year while the Lebanese capital jumped 42 places into third place as a result of “a severe and extensive economic depression due to the escalation of several crises – the country’s largest financial crisis, COVID-19 and the Port of Beirut explosion in 2020”, Mercer said in a statement.

Seven of this year’s 10 most expensive cities are in Asia. Tokyo and Zurich each dropped one spot to fourth and fifth, respectively. Shanghai was ranked sixth, up one place. Singapore moved from fifth into seventh place and rounding off the top 10 were Geneva in eighth position, followed by Beijing and Bern.

The ranking of 209 cities measures the comparative cost of more than 200 items, including housing, transport and food. The world’s least expensive cities for international employees, according to Mercer’s survey, are Tbilisi (207), Lusaka (208), and Bishkek, which ranked as the least costly city at 209.

Mercer’s survey helps to determine the cost of packages for employees on international assignments, which depend on factors such as currency fluctuations, cost inflation for goods and services and accommodation expenses.

“Cost of living has always been a factor for international mobility planning, but the pandemic has added a whole new layer of complexity, as well as long-term implications related to health and safety of employees, remote working and flexibility policies, among other considerations,” Ilya Bonic, career president and head of Mercer strategy, said in a statement.

The weakness of the dollar drove down costs for overseas workers in the US. New York was the most expensive city in America, followed by Los Angeles, San Francisco, Honolulu and Chicago, the survey found.

Meanwhile, a stronger euro resulted in several European cities climbing up the rankings, with Paris rising into 33rd place.

Dubai was ranked 42nd, down from 23rd last year, while Abu Dhabi fell from 39th place to 56th.

Riyadh was the most expensive city in the GCC, rising two places into 29th position.

The Most Expensive Cities for Expats