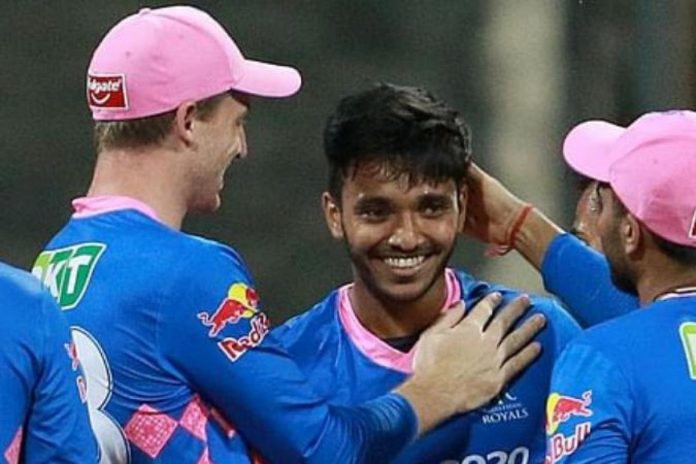 Chetan, a left-arm pacer, has played 15 first class matches for Saurashtra, in which he has picked 41 wickets.

He has not even played for India A team, but Chetan Sakariya has been picked along with four other fresh faces in the 20-member India squad for the limited-overs series in Sri Lanka in July. The other four players are: Ruturaj Gaikwad, Devdutt Padikkal, Nitish Rana and K Gowtham.

The five have been shortlisted apparently keeping in mind the T20 World Cup to be played in October-November.

Shikhar Dhawan will lead the side and Bhuvneshwar Kumar will be his number two for three ODIs and as many T20Is. Rahul Dravid will reportedly be the team’s coach.

Of the five, Sakariya’s is the most dramatic, rather inspirational, story. Over the last year, he lost his younger brother and then went on to earn a Rs 1.2-crore contract with Rajasthan Royals in the IPL.

Also read: ‘Sometimes we didn’t want to see each other’: Ex-selector on Kohli, Shastri

When IPL was suspended in May, Sakariya hurried back home as his father was reported COVID positive and was hospitalized. His father died a week later.

The 23-year-old left-arm seamer from Saurashtra has been in emotional doldrums.

Sakariya has now dedicated his India call-up to his father.

“I wish my father had been here to see this. He wanted me to play for India. I miss him a lot today. God has made me see ups and downs in a span of one year. It has been a very emotional ride so far,” Sakariya told The Indian Express from Chennai, where he is training his skills at the MRF Pace Foundation.

“I lost my younger brother and a month later I got a big IPL contract. I lost my father last month, and god has handed me an India call-up. I was in the hospital for seven days when my father was battling for his life. This is an irreplaceable void. This one is for my late father and for my mother, who allowed me to continue with my cricket,” the youngster told IE.

Also read: Yuvraj wanted to captain India in 2007 T20 WC, but then this happened

Interestingly, Sakariya has never been part of India A fold. The Chetan Sharma-led selection committee decided to pick him for the Sri Lanka tour purely by going through his IPL exploits.

“The way people were talking about me after the IPL, I was thinking that now at least I have a chance to be a net bowler for the Indian team. I never expected that I would straightaway be picked in the main squad for Sri Lanka,” Sakariya told IE.