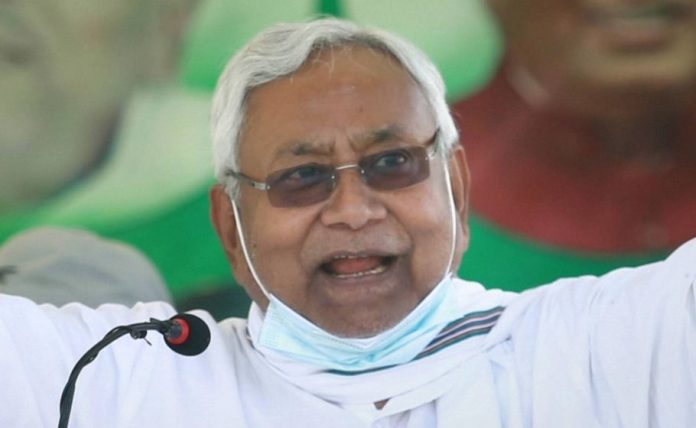 Nitish Kumar has found a way to take on his principal adversaries – RJD’s Tejashwi Yadav and LJP’s ally-turned-rival Chirag Paswan in the Bihar election campaign. In a tweet on Monday (November 2), the Chief Minister said those who are in politics “by inheritance” had no idea of what they had done for Bihar.

“Those who have got everything in inheritance have no idea of the struggle of karmaveer (those who do their duty). I have sacrificed everything for Bihar. Service is my devotion,” Nitish Kumar tweeted in Hindi with newspaper headlines of his campaign with Prime Minister Modi.

Tejashwi Yadav and Chirag Paswan intensified their attacks on Nitish a day ahead of the second phase of voting.

“Nitish Kumar is unable to handle Bihar. There are vacant jobs in education, health and law and order. We are asking the public to give us a chance so we can do what Nitish Kumar could not achieve in 15 years. His bidai (farewell) is guaranteed and a Mahagatbandhan government is coming to power,” Tejashwi Yadav told media on Monday.

The Rashtriya Janata Dal leader also responded to Nitish Kumar deriding him and Chirag as a “cricketer and actor using him for publicity”.

“What has happened to Nitish Kumar? Being such an experienced politician, how can he talk like that? Can we not come into politics from cricket and films? Does he mean that doctors, engineers can’t come either,” he questioned.

Chirag Paswan, whose Lok Janshakti Party is contesting separately from the BJP-led National Democratic Alliance (NDA) for the sole agenda of defeating Nitish Kumar and his Janata Dal-United, wrote a stinging letter to the Chief Minister accusing him of “pretending” to be close to his father Ram Vilas Paswan, a veteran Bihar politician and Union Minister who died last month.

“Why don’t you ask the Prime Minister whether anyone was not allowed to meet Papa in his final days? When he was unwell, he (Nitish) never visited him. Today, only for his political gains, he is pretending to be close to him,” Chirag wrote.

Questioning Nitish Kumar on his achievements and his development roadmap, Chirag released a “new slogan” clubbing the Chief Minister and Tejashwi Yadav both as disasters.

“If Nitish is kuan, Tejashwi is khai (to mean a choice between the devil and the deep sea), LJP-BJP will form government,” he said, again underlining the possibility of his party and the BJP teaming up without Nitish Kumar despite the BJP repeatedly endorsing Nitish’s leadership of NDA.

Bihar voted in the first phase on October 28. After November 3 voting, the final round will be held on November 7. The results are expected on November 10.