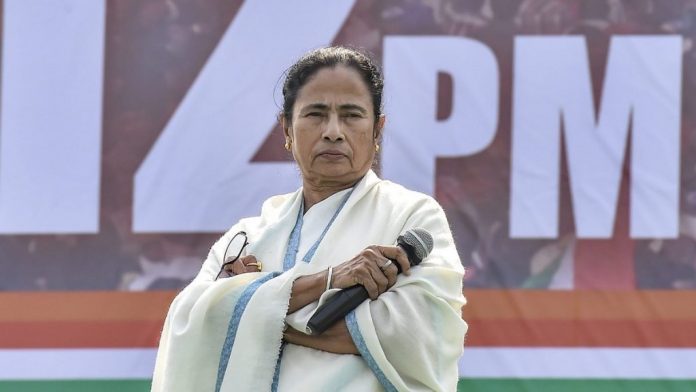 On a day as a COVID-battered India counted its dead and the infected, it continued its tryst with electoral politics. It is a big day, which could have been even bigger in normal circumstances. The bigness of the day lies not in the initial trends of counting of votes for assembly polls in five states, but in its all-pervading gloom. There will be winners and losers in the act of democracy’s dharma and karma, yet for thousands who have lost their loved ones and those desperate about medical aid, plus those who are confined to their homes, the day would mean nothing more than a nightmare in passing.
West Bengal

If there’s an emerging message, it is that overkill never pays. Something of the sort is visible in West Bengal to which Prime Minister Modi made several trips and admired the huge crowds – without any care for COVID rules — out to fete him.

In the meanwhile, his bête noir, an injured Mamata Banerjee, wheeled herself around, at times swinging the support stick, to badmouth the “Chadda, Nadda-Fadda” of BJP. Each barb at her about her ‘khela’ being over drew equally sulphurous retort. As the dust settles, it appears both sides – the ruling Trinamool Congress and the BJP – are badly scarred, the latter paying for the scorn it poured on a woman left to fend for herself in its “Congress-mukt” overzealousness.

The Bengal trends suggest a thin majority for TMC in the 294-member House with BJP making huge gains, though an outright victory seems out of the question.

Also read: Why a wheelchair may decide Mamata vs BJP battle in Bengal

The softness of Chief Minister Sarbanand Sonowal and a well-knit BJP strategy to take on the Congress-AIUDF is supposed to carry the day for the saffronites. It is the state where the ruling BJP was pushed to the wall on every perceivable issue such as Assamese identity, development and National Register of Citizens and CAA. The party is tipped to be winning over 70 seats in the House of 126 members. It is yet to be seen how the BJP has performed in tea estates and Muslim majority areas, where the AIUDF had promised to “teach BJP a lesson.” The AIUDF of Badruddin Ajmal and Congress seem to have made a spectacle of themselves by corralling their candidates to a Jaipur hotel in Rajasthan for fear of poaching by the BJP.

It was the turn of the DMK-led alliance to win, everyone seems to have been convinced. There was no ‘Amma’ and no ‘Kalaignar’. Although the ruling AIADMK had successfully handled the ‘Sasikala factor,’ it is not only contending with the incumbency factor but also its less-than-impressive performance. The DMK is headed for a massive 140-something tally in the 234-member Assembly as the Chief Minister Edappadi K Palaniswami and his deputy O Panneerselvam prepare to settle the leadership question. Any substantial gains for Kamal Haasan’s MNM aren’t visible yet.

Also read: COVID and the Neta: Modi, Kejriwal, Mamata, and other capital crimes

The ruling Left Democratic Front seems to have done very well, for a change in the state known for choosing the rival combination after every Assembly election. All allegations of corruption directed at Chief Minister Pinarayi Vijayan seem to have come unstuck. What seems to have worked for him is his leadership in helping the state in every natural calamity that has of late struck Kerala. One of the worst affected by the COVID pandemic, the state government is perceived to have worked hard to reduce the sufferings of the people. The Congress-led UDF, meanwhile, has knotted itself in factionalism, paying the price. The ruling LDF appears to be on the way to victory, trends suggest a comfortable victory for it – it could bag as many as 70-80 seats in the 126-member Assembly.

Ousted Chief Minister V Narayanasamy, a trusted Gandhi family loyalist, had kept himself out of the election arena. Making full use of it, N Rangasamy (AINRC) seems to have done good for the NDA that also includes the BJP. The AINRC-led NDA is tipped to form government in the UT winning around 16 seats in the 30-member Assembly.