(The Federal travelled with 59 Bangladeshis who were detained by Bengaluru police in raids on October 26. The Federal, in a series of stories in October and November, had reported how Muslim Bangladeshi rag pickers, who have been the backbone of the waste segregation industry in Karnataka for years, were treated as soft targets by the BJP government to send out its message against illegal immigrants)

The Bengaluru police’s operation to deport 59 undocumented Bangladeshis through the West Bengal-Bangladesh border has turned into a grand fiasco.

The case has not only exposed the lack of coordination between various central and state agencies but also raised fears about the safety of the detainees who were picked up in raids by the Bengaluru police on October 26. 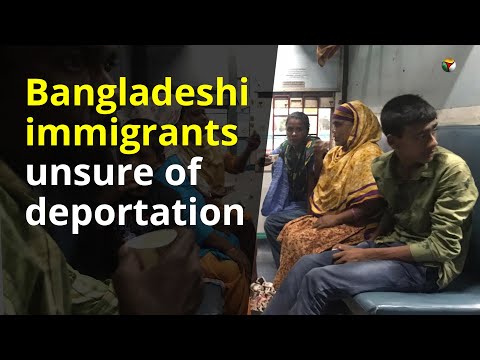 That the operation was badly planned became apparent from the moment the Bangladeshis got off the train at Howrah station along with their police escorts on Saturday evening.

There was no security detail waiting for them at the Howrah station. Nobody from the Border Security Force (BSF) — the agency which is supposed to conduct the final deportation across the border — nobody from the West Bengal police or the railway police.

Instead, the group which got off the Howrah Express, was greeted by a small group of low ranking secret service officers in plainclothes and a very large group of journalists, human rights activists and lawyers.

The journalists barged into the compartments and started interviewing the Bangladeshis. Their police escorts, who had prevented this reporter from speaking to the Bangladeshi migrants throughout the train journey, were in no position to stop the more combative Kolkata press corps, out in full force.

Even as the Bengaluru police struggled with the reporters, activists from the anti-extradition group Association for Protection of Democratic Rights (APDR) started shouting slogans against the Bharatiya Janata Party (BJP) governments at the centre and in Karnataka.

The two Bengaluru police sub-inspectors leading the escort team got their next shock when they were told that the BSF wouldn’t be able to help them get the 59 across the border immediately or even in the next few days. The group wouldn’t be provided lodging or any other assistance from the BSF, they were informed. They were on their own in Howrah station for the night.

The train reached the station at 4.30 pm and till about 8 pm there was no clarity on where they would stay the night, leave alone the larger plan of the deportation.

At one point, in full public view, one of the sub-inspectors told another official, possibly from the BSF, on the phone in loud, faltering Hindi, “If you can’t make arrangements, we will go back to Bengaluru in the next train.”

After a few hours of waiting without further orders at the platform, the weary sub-inspectors were invited for a closed door meeting with the BSF, railway as well as local police and revenue officials.

Also read: All know we are here, why the drama? Ask arrested Bangladeshis in B’luru

Finally, the West Bengal government agreed to arrange for shelter. Nearing midnight, the women and children were sent to a wedding hall next to the Nichchinda police station in Howrah and the men were taken to a similar facility at a place called Lichutola. The exact location of the men is not known and the same would have been the case with the women too if The Federal hadn’t followed the bus which took them to the wedding hall.

Refusing to be identified, a senior West Bengal IPS officer told The Federal that the BSF had backed out the at last minute because it was busy with a major operation along the border. “There are some prearranged days on which the BSF and the Bangladesh border authorities agree to let undocumented migrants pass through from India. There has been some communication gap between BSF and the Bengaluru police,” the officer said.

A Karnataka IPS officer, however, said that the problem was created by the West Bengal government because of the ongoing assembly by-elections. “The TMC (Trinamool Congress government doesn’t want to be seen aiding our efforts against Bangladeshis that too during an important elections,” the officer said.

The secrecy with which the authorities are dealing with the case has, meanwhile, given rise to speculation that the group of 59 might be pushed back to Bangladesh in the most dangerous way: without informing the Bangladeshi officials.

It could come as a surprise to people living in other states but these secret operations by the BSF are common knowledge in the border state of West Bengal. There is also an accepted term for these operations: ‘pushback’.

The BSF has allegedly conducted countless secret pushback operations without informing their Bangladeshi counterparts. The detainees are simply taken to the border and asked to sprint across to the other side.

“There have been many cases where the Bangladeshi authorities have jailed or even shot dead people pushed back by Indian authorities. There have been occasions when, after being set loose, they have been fired upon by both Indian and Bangladeshi forces,” said Caesar Mondal, a senior journalist with Ananda Bazar Patrika-digital.

As in Bengaluru, human rights lawyers in Kolkata too are holding back from moving the court demanding that due process be followed. Their understanding is that if the foreigners act or any agreements between India and Bangladesh are invoked, the process could land the Bangladeshi group in a detention centre till their case is disposed of. 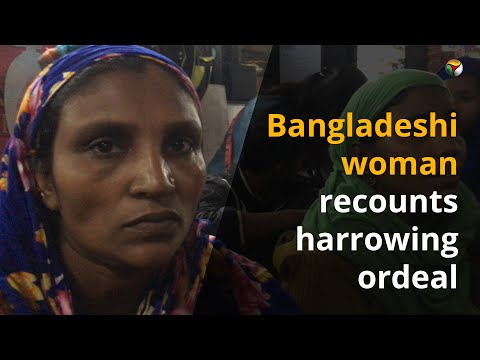 Neither the Karnataka police nor the West Bengal police want to deal with a court case at this point and are desperate to wash their hands of the matter.

According to one central intelligence officer, the BSF has been very busy with pushback operations ever since Home Minister Amit Shah and the ruling Bharatiya Janata Party started raising the pitch about a nationwide citizenship registry to oust illegal infiltrators.

“For the last few months, even as the NRC issue simmers in Assam, drives are being conducted against illegal Bangladeshis in BJP ruled states across India. Detainees are arriving every day at the border and the BSF is conducting pushbacks several times a month,” the officer said, “Your team from Bengaluru is in a queue.”

Activist groups and lawyers are hoping against hope that the imminent pushback comes through quickly and without a mishap. Their fears for the safety of the detainees has been further stoked by recent reports in the Bangladeshi newspaper Daily Star. 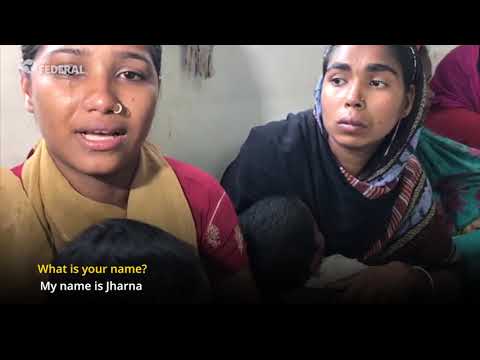 According to the latest report in Daily Star on Sunday, 32 people were arrested by the Border Guard Bangladesh (BGB). A report in the same outlet on November 22 said that in the three preceding weeks nearly 300 people had been arrested and jailed by the BGB after entering the country in a BSF triggered pushback.

The case of the 59 Bangladeshis not only shows a clear breakdown of communication between various arms of the Indian establishment but also a complete lack of trust and coordination between Indian and Bangladeshi troops on the ground.

On the surface, however, one would never know. Officials in the Bangladesh high commission in Kolkata refused to comment on the issue and said that they have not received any communication from their Indian counterparts.

What’s more, a day before the drama at the Howrah railway station, West Bengal Chief Minister Mamata Bannerjee was watching the pink-ball cricket test between India and Bangladesh a few kilometres away at the Eden Gardens. Her special guest for the evening was the Bangladeshi premier, Sheikh Hasina.

It is also now clear that the BJP government in Karnataka, which has taken a strident position against undocumented Bangladeshis, will find it very difficult to cut through the red tape at the border.