In April this year, Tamil Nadu was rocked by the news of some financially impoverished parents selling off 11 babies in Namakkal district. Investigation revealed that more than 25 babies had been sold earlier by a racket that involved nurses and assistants of government officials.

While a detailed study is still being carried out by the state health department to find out the quantum of crime done under the garb of adoption, the larger issue of the state’s failure to protect infants has been all the more glaring.

Tamil Nadu, which has been lauded for several of its welfare schemes for poor such as the Mid-Day Meal Scheme, has also been hailed for its Cradle Baby Scheme, launched in 1992, aimed at rescuing female babies who would otherwise have been killed by encouraging parents to give them up for adoption by leaving them in cradles.

Cradles have been set up in district hospitals across 10 districts. In other districts, the children, who are abandoned or surrendered, are brought under this scheme through other ways.

As many as 5,239 babies — two-thirds of them girls — have been rescued under the scheme. However, a closer look at the data from the Social Welfare Department, shows that over the last few years, the numbers have gradually come down, with districts such as Namakkal, Erode and Tiruppur recording zero in the last four years. Salem, where the scheme was rolled out first in 1992, has seen zero babies this year.

A source in the Social Welfare Department tells The Federal that it is worrying that the numbers have come down.

“The implementation of the scheme is becoming a challenge because multiple departments are involved, says the source. “While there are 10 districts that are covered directly by the scheme monitored by the social welfare department, in the remaining districts, Child Protection Units oversee the task of producing any abandoned baby found before the child welfare committees (CWC).”

“The babies are then handed over to the CWCs, where they do a thorough case study before handing them to the adoption section in the Social Defence Department. Most often, we find that we are unable to reconcile the figures of the babies ascertained by the child protection units,” adds the source.

Sources in the Social Defence Department, which has no account of children received, tell The Federal that there is an acute shortage of children, with a long waiting list of adopters.

“We have just about 114 children aged below 6 years, while the parents in the waiting list is around 2,634. The demand is more than 200 times the supply. This is also a reason why illegal adoptions or adoptions circumventing the system are happening,” says a source.

Read | Child trade in Tamil Nadu: Why young mothers gave away their newborns

A Devaneyan, founder of Thozhamai that works for child rights and development, attributes the failure to multiple agencies not doing their job properly.

“Say for example, the health department, which registers pregnancies, is not effectively tracking the pregnancies. If they had, they would have known the status of the children — whether they were aborted or surrendered through right procedures for state care, or given away in illegal adoption like in the Namakkal case. Moreover, if a woman or a family wants to abandon or surrender a baby, they should be able to do so in facilities near their homes. For those residing in hamlets or in a remote village in the hills, the only option is a faraway district hospital. Now, how many will think of going all the way to hand them over?”

Besides, there are at least 14 districts faring below the state average sex ratio of 940 girls per 1000 boys, indicating the possibility of rampant foeticide.

So cradles along with constant campaigns to end male child preference is key to improving the sex ratio, say activists.

Earlier this year, a man in Krishna district of Andhra Pradesh had tried selling his newborn daughter. Following this, a racket involving seven members trading in newborns in both Andhra and Telangana was busted in Hyderabad and Guntur. This comes despite the two states having a cradle baby scheme, called Uyyala Scheme, for close to a decade now.

The scheme was launched in Warangal district in then-undivided Andhra in 2010 after cases of newborns being abandoned in dustbins every week were reported. To end the cruel practice, Mamatha Raghuvir Achanta, founder of NGO Tharuni, reached out to the state department of welfare of women and children, but was told that there was no budget to address the issue.

She then collected a few cradles abandoned by hospitals, refurbished them and put them up at bus depots around the district and in maternity hospitals, kicking off the jhoola (swinging cradle) scheme. The jhoolas had banners encouraging people to surrender leave the babies in there.

“The government department was roped in to find the babies surrendered in the cradles. In the first three months, we rescued about 34 babies and also sensitised a number of private hospitals to contact us if they find abandoned babies at their facilities,” Mamatha recalls.

While the scheme was scaled up, it has lost significance in the last few years.

The data from Andhra shows that in the last two years, only 14 babies were rescued despite having over 150 cradles in hospitals, bus stands, Shishu Gruhas (child care homes) across 13 districts. And of these, nine have reached the adoption pool. Similar data was not available from Telangana.

“The scheme has lost its purpose because of poor implementation,” says Mamatha, adding that in Telangana, the system has failed as it has been defunct for a while. 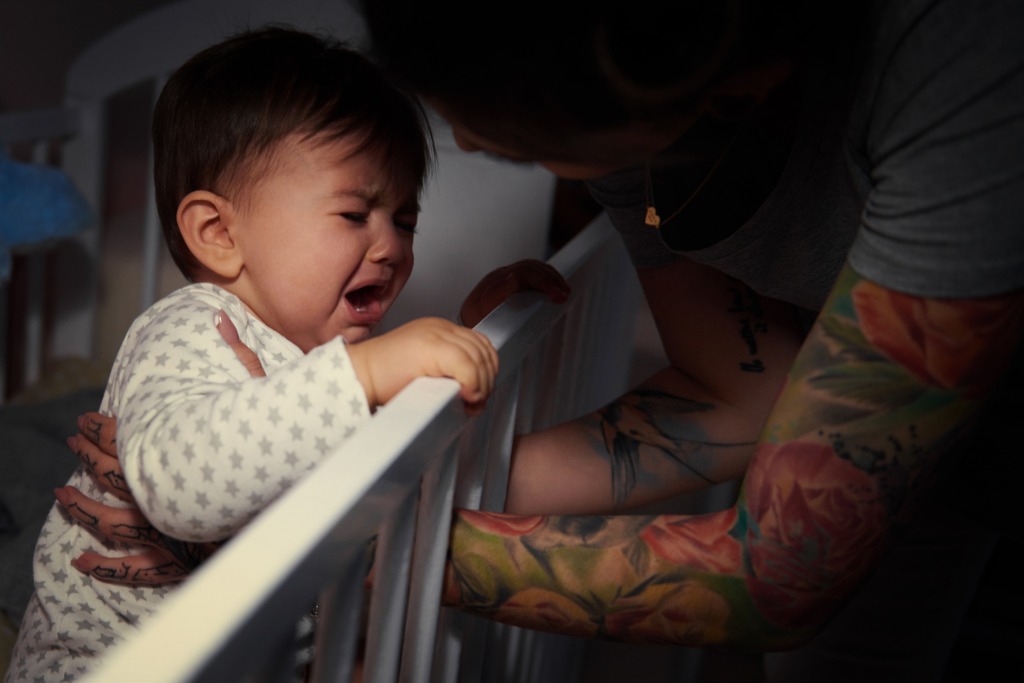 Achyuta Rao, from the NGO Balala Hakulla Sangham based in Hyderabad, notes that the cradles began functioning in Devarakonda in Nalgonda district after mass infanticide was reported a few years ago.

“The need for the scheme can be gauged from the fact that even now, we find 2–3 babies abandoned every month in some part of the state. The babies have to be quickly transferred into the adoption pool because they do not seem safe in Sishu Gruhas,” he adds.

In 2018, as many as 48 babies died in the children’s homes in Hyderabad and Nalgonda, all aged below a year. The urgent need for the two Telugu speaking states also have a dismal record when it comes to sex ratio at birth (SRB). Data released earlier this year indicated that in Telangana, SRB fell from 954 in 2013, when the state was conceived, to 881 in 2016 while Andhra Pradesh reportedly saw a steep fall from 971 in 2015 to 806 in 2016.

While the cradle baby scheme has come under a lot of criticism for encouraging parents to abandon, activists also point out that the scheme has a huge role to play in ensuring that the safety and dignity of babies are not compromised.

Where are India’s Children (WAIC), an NGO which has launched the safe surrender campaign, focuses on the inherent inadequacies in the system.

One is the low numbers that reach the adoption pool, about 2,000 of them at any given time. Meera Marthi, director and co-founder of WAIC, says, “We are looking at a better and effective child tracking as there is a lack of data everywhere, especially when it comes to children and they fall through the cracks. We have to make every child accountable in the system.”

Meera says that placing an unwanted child in the cradles is always a problematic decision because the parents who do that do not want to be identified; and there are CCTVs to identify them later.

“But if they are going to look at safely surrendering the child with the government agencies directly after signing papers and declarations, this is not going to be an issue,” she says.

Andrew Sesuraj, a child rights activist based in Chennai, says that the United Nations, which has lauded the cradle baby scheme in TN for preventing infanticide, has also noted that anonymous surrendering is not in the best interests of the child.