Much before India attained Independence, Madras Presidency  was a large swathe of land that included the present-day states of Tamil Nadu, Andhra Pradesh and parts of Karnataka and Kerala (the Malabar region). It, however, excluded the princely states of Puducottai, Banganapalle and Sandur. 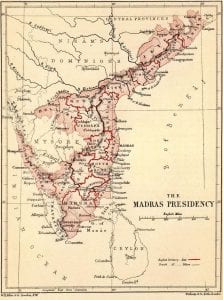 The capital of this diverse and rich presidency was Madras city, where the first elections took place a little under a 100 years ago. On the occasion of Madras Day, let’s take a look at how the first election panned out in pre-Independent Madras.

Background to the elections